Matteo Guendouzi has aimed a dig at Arsenal fans by claiming Marseille have a better stadium atmosphere which is ‘incomparable’ to the Emirates.

The midfielder left the Gunners to join the French side on loan in July but there is an obligation to buy clause for £10million included in the deal, meaning he is unlikely to return to north London.

Guendouzi was frozen out by Arsenal boss Mikel Arteta after he was was overheard taunting Brighton players about their wages during a game in which he was also sent off towards the end of the 2019-2020 season. 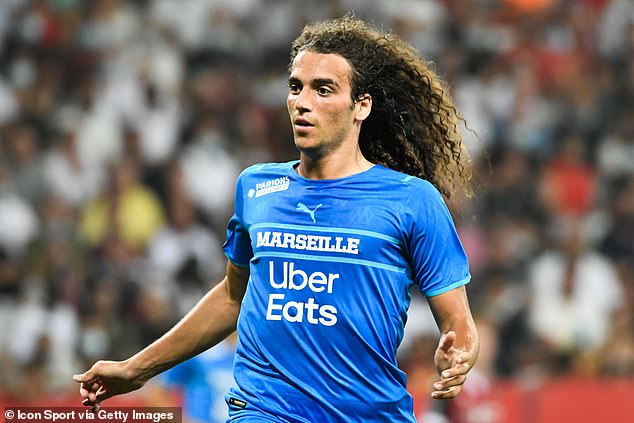 The 22-year-old was shipped out on loan to Hertha Berlin for the 2020-2021 campaign and found no way back into the Gunners’ set-up when he returned.

The midfielder appears to be happy with his new club and, when asked about the Marseille supporters, he aimed a small dig at his previous set of fans.

‘At Arsenal, there’s a big stadium, but it’s totally different. The best atmosphere is here. It’s incredible to play in front of a crowd like this, it really lifts the players.’ 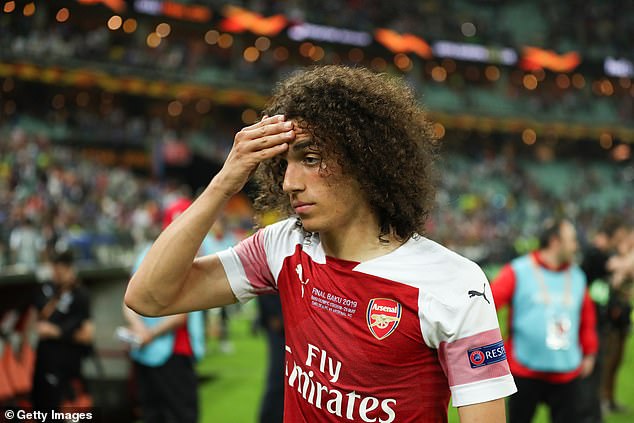 Guendouzi had penned an emotional message to Arsenal fans when he left the club earlier this summer, insisting he would be ‘a Gooner forever’.

‘Thanks for everything! I discovered and learned so much during my time here. It would be impossible to list everything without forgetting one memory or word…But I will never forget any minute spent with the Gunners jersey.

‘Thanks to all of those who believed in me during my time here, during the good and the bad moments. I can only wish the best to the club and its fan who deserve so much, trust me!‘Goodbye Arsenal, I will never forget you and will be a Gooner forever.’ 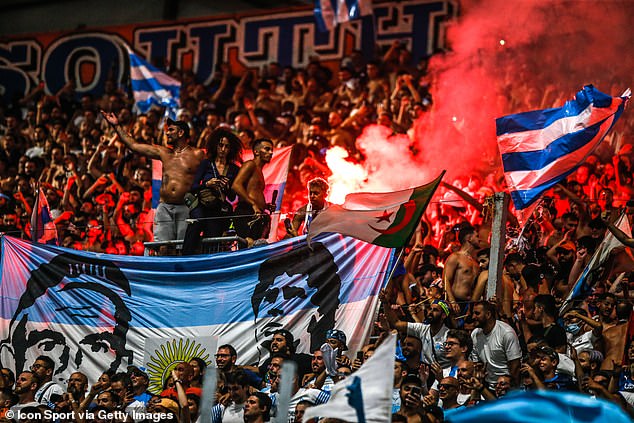 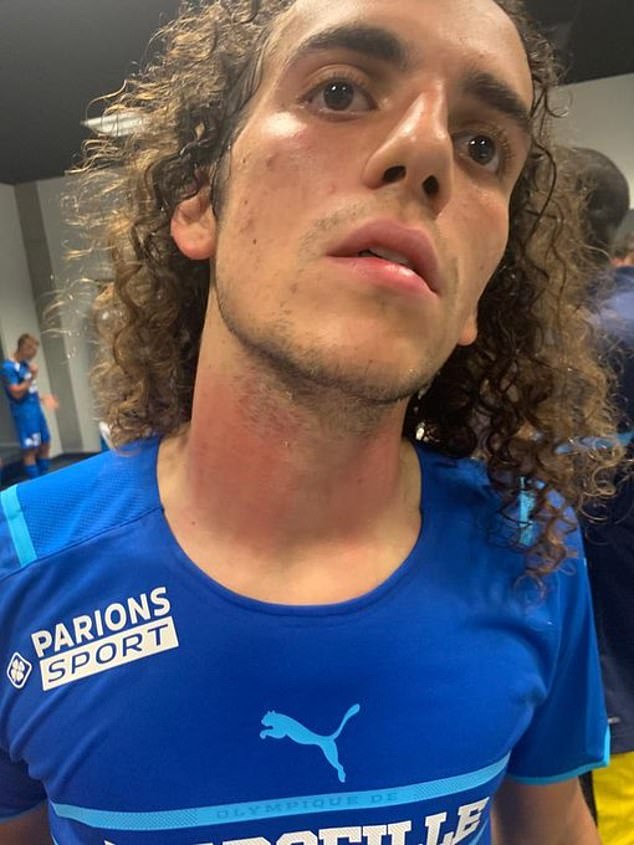 The midfielder was involved in controversy during Marseille’s game against Nice, which saw a huge on-pitch brawl between Nice fans, as pictures showed marks on his neck

The midfielder was involved in controversy during Marseille’s game against Nice, which saw a huge on-pitch brawl between Nice fans and members of the Marseille squad. Supporters had thrown a bottle at Marseille’s Dimitri Payet, who then threw it back into the stands before fans stormed the pitch.

Pictures emerged of the midfielder, which apperared to show marks on his neck, consistent with being strangled. But Guendouzi was accused of lying about his injuries by Nice president Jean-Pierre Rivere.

‘Apart from the photo that is everywhere, there has been no violence against OM players,’ he told L’Equipe. ‘By the way, Guendouzi, with pictures to prove it, has no marks on his neck when he is on the pitch.’

But Marseille’s director of communications, Jacques Cardoze, has hit back, and insisted that an independent doctor checked out Guendouzi’s injuries.

‘There are cuts, we had an independent doctor in Marseille. There will be medical certificates,’ he said. ‘These are elements that will allow the investigation of the League and the disciplinary committee to be carried out.’

Following the incident, the referee led both teams off the pitch and into the dressing rooms. Eighty minutes after the match was suspended, Nice said they wanted to restart, but Marseille refused owing to fears over safety.

Tags: aims, Arsenal, at, dig, Guendouzi
You may also like
Latest Posts