Manchester City’s players accept they will be dropped at some stage by Pep Guardiola regardless of form, says Ilkay Gundogan… as the German prepares to step in for the injured Kevin de Bruyne

Manchester City’s Ilkay Gundogan says every player accepts they will be left out of some matches by Pep Guardiola.

City are at home to Everton, PSG and West Ham in a pivotal week for their Premier League and Champions League chances and the German midfielder knows the fixture list means even a top individual performance is no guarantee of keeping your place.

Record signing Jack Grealish and Raheem Sterling were among those left out of the starting XI for the win at Manchester United before the international break. 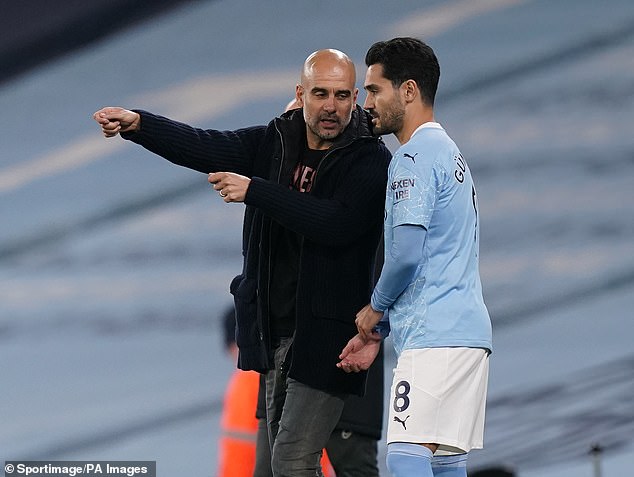 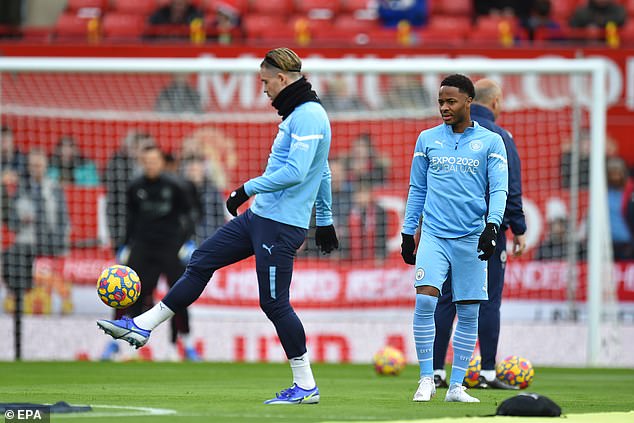 ‘I am experienced enough to know you can have two or three incredible games and then realistically have a couple of games outside the team. We know the manager wants everyone involved,’ he said.

‘As a player I think you have the responsibility to deal with the workload in a responsible way. As long as everyone trains well and looks after themselves, he will give every player a chance to play.

‘The opposite as well. If the player is a little down and they have maybe two not so good games, he will still be looked after and get his chance.’ 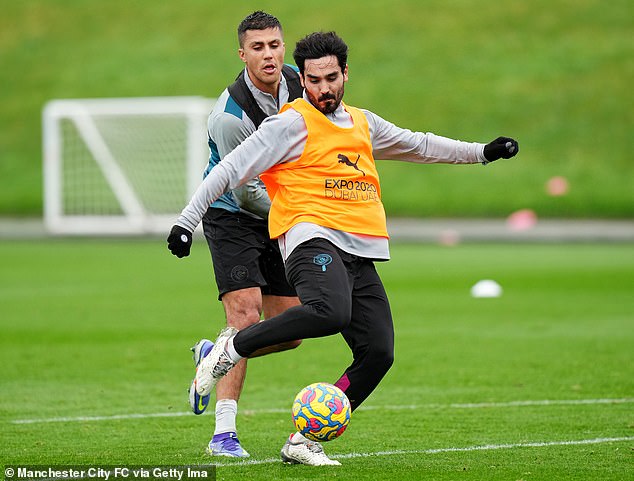 City will be missing Kevin De Bruyne against Everton on Sunday after a positive Covid test while Grealish and Phil Foden are also doubts after picking up niggles on international duty.

The champions lost their previous home game to Crystal Palace and Gundogan is expecting a tough test regardless of who Guardiola picks.

‘Everton have always had great managers and players,’ he said. ‘From my experience, it was very tough against them. After the international break with all the players travelling back, it is going to be a challenge again.

‘We play at home, we feel good and we are full of confidence, so anything else but the three points will be a disappointment for us.’