‘We have to improve’: Harry Maguire admits Manchester United will have to play much better than they did against Leeds if they are to have success against Roma and Liverpool

Manchester United defender Harry Maguire admitted his side had not created enough chances to win after the game at Elland Road finished goalless.

It was a forgettable encounter with Marcus Rashford coming closest with a free-kick in the first half.

Asked for his assessment of the game, he told Sky Sports: ‘Tight. I feel like we had control of the game without really punishing them and creating. We created some good chances – enough to score – but we didn’t create enough. 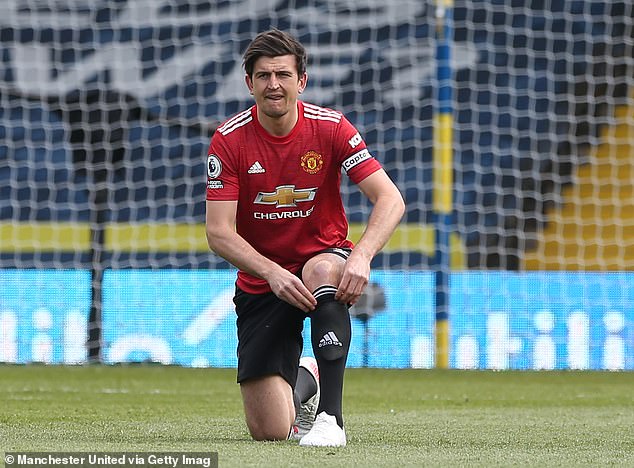 ‘We knew how they were going to play, especially here. We felt at Old Trafford in the first half that we capitalised on the areas that they left. Our attacking players love a one v one and, today, it just wasn’t to be.’

United face Roma in the Europa League before reigning champions Liverpool head for Old Trafford on Sunday, and Maguire admitted they would have to be better than they were in Leeds in both games.

He said: ‘It’s a big week. We need to improve on today, for sure, we need to be more clinical in the final third.

‘Obviously Roma in the Europa League is going to be a tough tie, but it’s one we are looking forward to, and then Liverpool at Old Trafford.

‘It’s a big week, but we’ve got to go into it full of confidence and try to improve on what we’ve shown today.’ 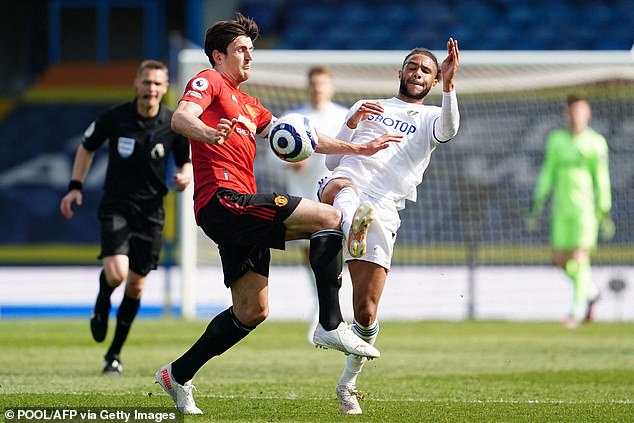