Former Manchester United winger Lee Sharpe believes that Harry Maguire may be “concerned” over the possible arrival of Lisandro Martinez from Ajax. The Argentine defender is set to leave Ajax this summer, and a potential reunion could be on the cards with United boss Erik ten Hag but his signing could spell danger for club captain Maguire.

Both the Red Devils and Arsenal are interested in Martinez, who can play at centre-back but also left-back and in midfield, while Sharpe has claimed that Maguire could be worried that another defender may be on his way to Old Trafford. “If I was Harry Maguire I might be a little bit concerned,” Sharpe told Bettors. “But, if Harry Maguire comes back and has a good pre-season, shows how good he is, then there’s no reason why he shouldn’t be playing as well.

“I do think there is a defender needed. I’m not sure Maguire will come back and have as bad of a season as he had last year. I don’t think you become a bad player overnight. I still think he’s got a lot of talent.

“[Raphael] Varane I think will obviously be the rock in the middle of defence. I don’t think it’s too hurtful to have another defender.” I think we’ll probably have to get rid of one or two. I know [Eric] Bailly and [Phil] Jones could be surplus to requirements and be going.”

JUST IN: Leeds star Raphinha ‘to train alone’ after Chelsea and Arsenal bids 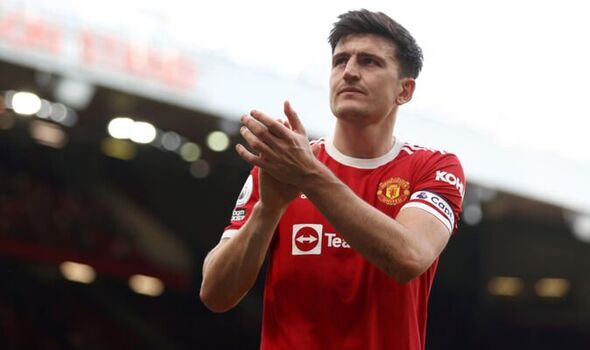 “The manager knows this defender, Martinez, really well. He was his first choice defender while he was at Ajax.” With the way the manager plays in wanting to bring the ball out and pass the ball, he fits the bill well.”

Despite Ten Hag’s previous relationship with Martinez, Arsenal are reportedly confident of beating United to the defender’s signature. Ajax have so far rejected all bids for the 24-year-old but the player is hopeful of a move to the Premier League. 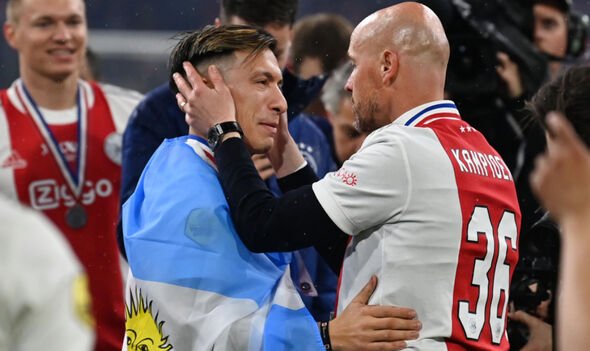 Ten Hag signed Martinez for Ajax in 2019 in a £5.9million (€7m) move from Defensa y Justicia, and admitted the initial plan was for him to play in midfield. “At the beginning of the season we were looking for a brain for central midfield,” said Ten Hag at the time. “We knew Martinez had played in central midfield, but could he do it in Ajax’s system? We tried him there and we saw good things.”

Martinez’s signing may come as a further blow for Maguire should he take the England international’s place in defence, as there has been speculation that the 29-year-old may lose the captain’s armband under the new manager.

Ten Hag will reportedly let his players vote on their captain next season, amid speculation that Maguire could be stripped of the role.