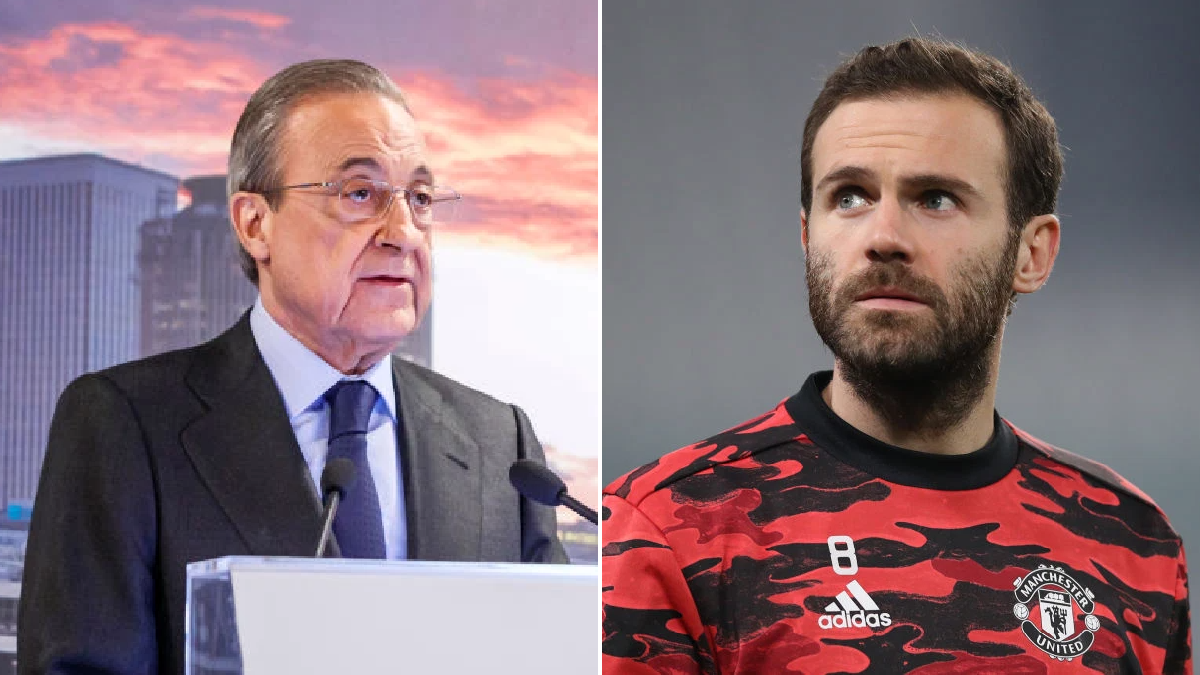 Spanish newspaper El Confidencial have released a series of recordings over the past week in which Perez has attacked a host of former Real players, calling Iker Casillas and Raul two of the ‘biggest frauds’ in the club’s history.

The 74-year-old has vowed to take legal action and claims his comments have been taken out of context, though that has not stopped the Spanish publication continuing to release more audio recordings.

The latest one involves United midfielder Mata, who came through the academy at Madrid and played 39 times for the relegated Castilla side before being sold to Valencia in 2007.

Mata has gone on to enjoy a glittering career – winning the Champions League, Europa League, FA Cup, European Championship and World Cup – and Perez has not forgiven then Real Madrid B manager Michel for, in his view, forcing Mata out of the club.

Michel is one of Real’s most famous players, making 559 appearances for the club between 1981 and 1996 – ranking him joint 10th in the all-time standings alongside Karim Benzema.

But during his time in charge of Real Madrid B he oversaw their relegation to Segunda Division B, only mustering a 30% win ratio with a youth squad that not only included Mata but also Alvaro Negredo, Marcelo, Jose Callejon and Dani Parejo among others.

El Confidencial’s latest audio recording, dating from 2009, sees Perez blame Michel for the Castilla side’s demise while he accuses the coach of forcing Mata out of Madrid in order to play his son, Adrian – who ended up having a journeyman career with several mid-table and relegation-scrapping La Liga sides.

‘I think Michel is the one who made the hole for Mata [to leave], he is the one who threw him out of Real Madrid Castilla to put his son in the team,’ says Perez in the recording. ‘He is a fraud!’

Perez also took aim at other club legends such as Emilio Butragueno and Manolo Sanchis, accusing them of being a drain on the club’s finances, and in another recording from 2006 he also slammed Michel again, saying: ‘He is a very bad coach, a guy who has done nothing. He is not a coach.’

The Real Madrid chief, one of the architects of the European Super League, even took aim at Cristiano Ronaldo, saying: ‘He is mad. This chap is an imbecile, he is ill.

‘Do you think this chap is normal? He is not normal, otherwise he wouldn’t do the things he does. The last foolish thing he did, everyone around the world saw it. Why do you think he does that foolish thing?’