Memphis Depay scored a hat-trick as Holland ran out 6-1 winners over 10-man Turkey at the Amsterdam Arena on Tuesday to go top of World Cup qualifying Group G.

It was the first international treble for the 27-year-old striker as the Dutch posted an emphatic victory for the second time in four days to reach 13 points from six games and take over from Turkey at the head of the group.

Davy Klaassen scored in the opening minute in a dream start for the home side, who had lost 4-2 to Turkey in Istanbul in March at the start of the qualifiers for the Qatar 2022 finals, before Depay added three more, including a penalty. 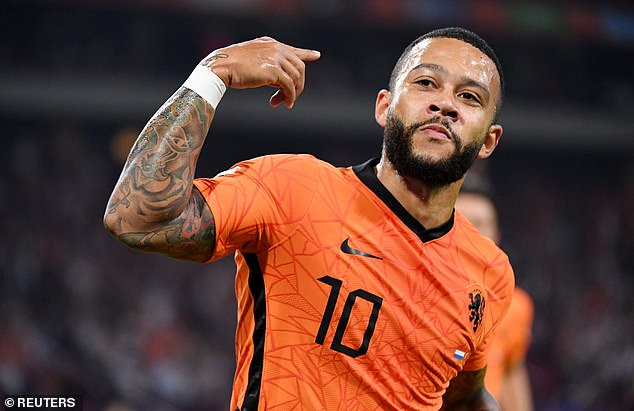 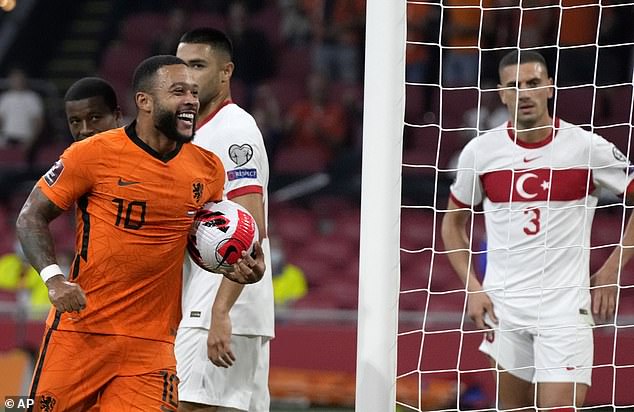 Guus Til scored the fifth 10 minutes from time and Donyell Malen added a sixth in stoppage time before a consolation goal for Cengiz Under. 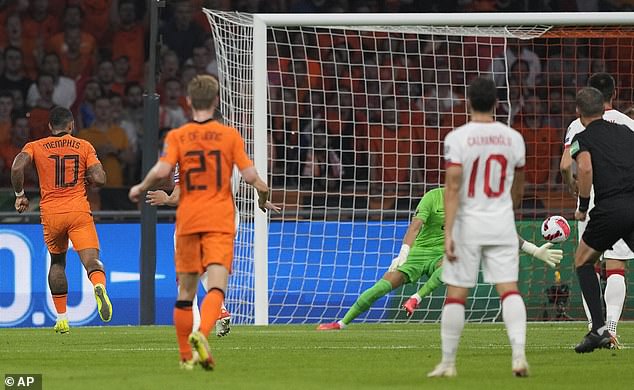 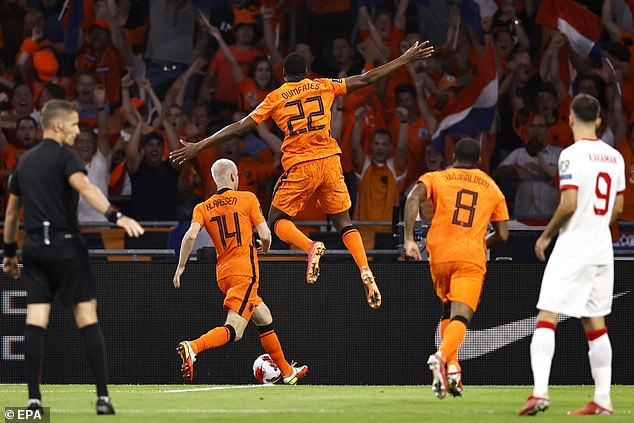 Davy Klaassen (left) opened the scoring for Holland, opening the floodgates for their rout 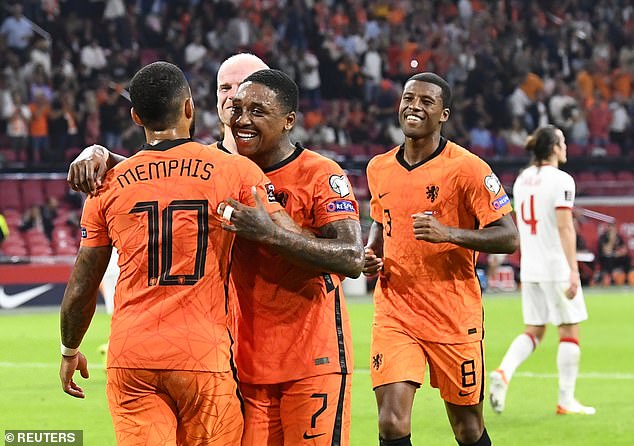 Depay was mobbed by his team-mates after scoring Holland’s third goal, and his second 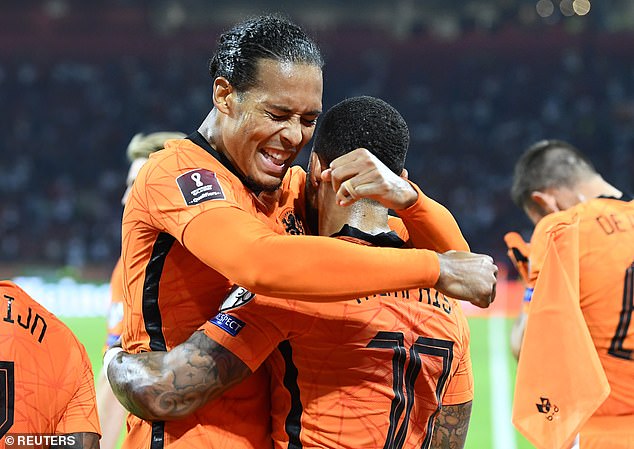 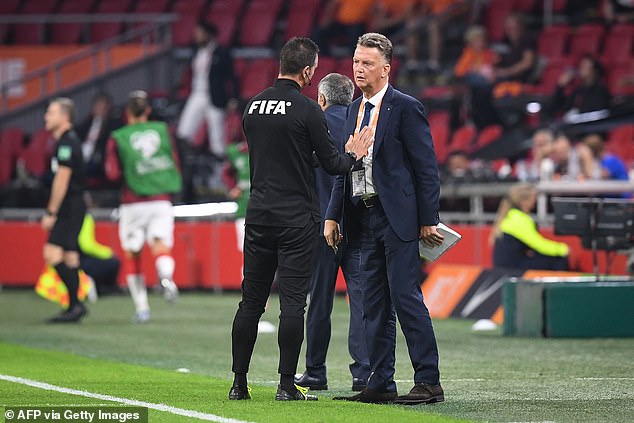