‘He’s a HUGELY important part of our team’: Eddie Howe heaps praise on Newcastle’s main man Callum Wilson after the striker scores on his return to down Fulham in Alexander Isak’s absence

Callum Wilson was not the striker whose name was on everybody’s lips ahead of Newcastle’s trip to Fulham.

The focus had been on whether former Magpie Aleksandar Mitrovic could continue his fine form against his old club and what impact the absence of record signing Alexander Isak would have on Eddie Howe’s side.

The answers were ‘no’ and ‘very little’. Mitrovic barely had a touch before he was forced off with an injury while Newcastle did not need their £63million striker leading the line. 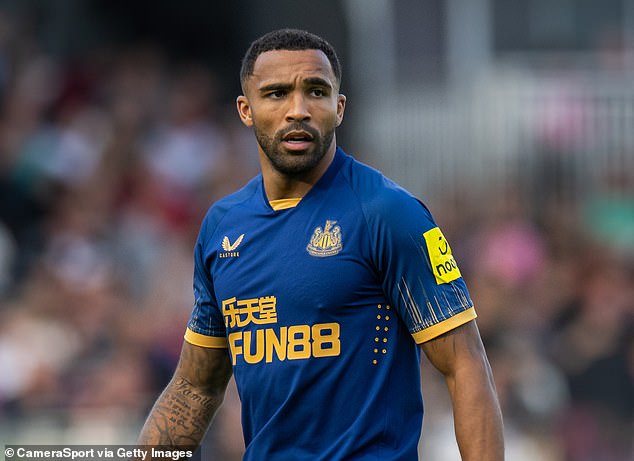 Wilson, who was back from a five-week injury absence, scored after just 11 minutes to put Newcastle on course for their first away victory of the season.

There was a bit of rustiness to his game early on, with the striker hitting the post from five yards out in the fourth minute. He could have had a hat-trick before half-time after going close with another effort that flew just over the bar.

‘The one he’s missed early on he’ll probably be disappointed with,’ Howe said. ‘The goal that he did score is a typical striker’s finish. He’s in the right place at the right time to finish the move off.

‘He’s a hugely important part of our team, a focal point. We rely not just on his goals but his movement, his work rate. His appearance in the team gave us confidence.’

Isak is not expected to be out for long and Wilson will have a fight on his hands to keep his place in the team. ‘Knowing Callum as I do, I don’t think anything really fazes him other than trying to be the best that he can be,’ Howe said.

‘He will see it as healthy competition. It will inspire him to perform better because he knows he’s got someone, plus Chris Wood, breathing down his neck and that’s very healthy for the team.’ 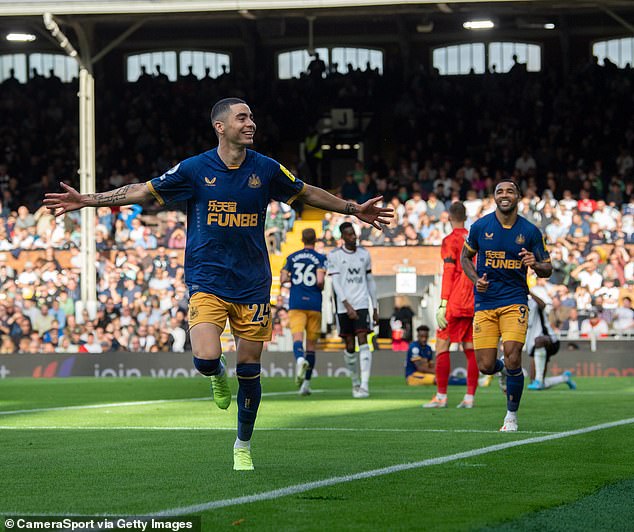 Miguel Almiron then netted twice, prompting Howe to describe the Paraguayan as a ‘magical’

Wilson was not the only player to step up in another’s absence. Miguel Almiron has started every game this season but with Newcastle missing the spark of injured Allan Saint-Maximin, they needed him to show more in the final third.

In the 33rd minute, he delivered. Almiron raced on to a ball over the top from Bruno Guimaraes and hit a sublime volley into the top corner.

‘He’s capable of doing magical things and that was a magical goal,’ Howe said. ‘Bruno was involved again and they’ve got a really good understanding.

‘I’m delighted for Miggy — he’s such an infectious character, so it was great to see.’ 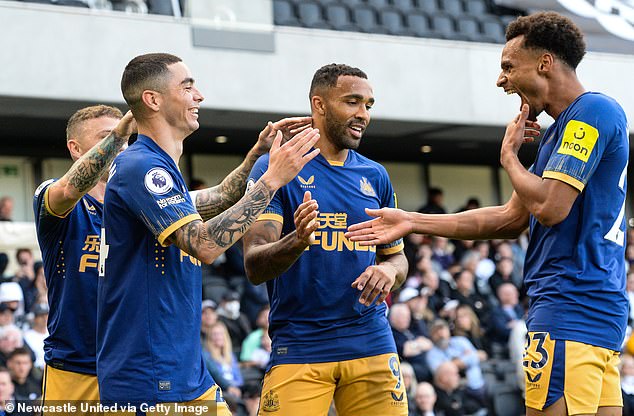 It was an early goal-of-the- season contender but Almiron has often been criticised for missing the easy chances, so it was only right that his second goal was a tap-in at the back post.

That Wood and Joelinton were unused substitutes shows the depth Newcastle now have. It’s a different story for Fulham, who also lost Layvin Kurzawa to injury after Mitrovic was forced off.

Silva said it was ‘too early’ to know how long either player will be out for. He now has eight players injured, while Nathaniel Chalobah will miss the next three games after his early red card for a reckless tackle on Sean Longstaff.