England face Hungary in their Fifa World Cup qualifier on Thursday night, a first outing for Gareth Southgate’s side since the enormous disappointment of losing the final of Euro 2020 on penalties.

The squad are eager to not just put that behind them, but to push on and see these qualifiers as the first steps “toward leading us to challenging in a World Cup,” as the manager explained ahead of the game. Southgate also suggested that this match would be England’s most difficult in the group and “pivotal” to their road to Qatar 2022, a reasonable claim given England are top of Group I and Hungary sit in second, just two points behind after three matches each.

Poland, Albania and San Marino have been dispatched by England so far, while Hungary have beaten Andorra and San Marino and held Poland to a 3-3 draw – and they also impressed in the summer, very nearly coming through a tough Euro 2020 group which included France, Germany and Portugal. The Three Lions will potentially be without Jadon Sancho for the game after he picked up a knock in training, while Dominic Calvert-Lewin is out of the squad due to injury too.

Follow all the action and updates from Hungary vs England below: 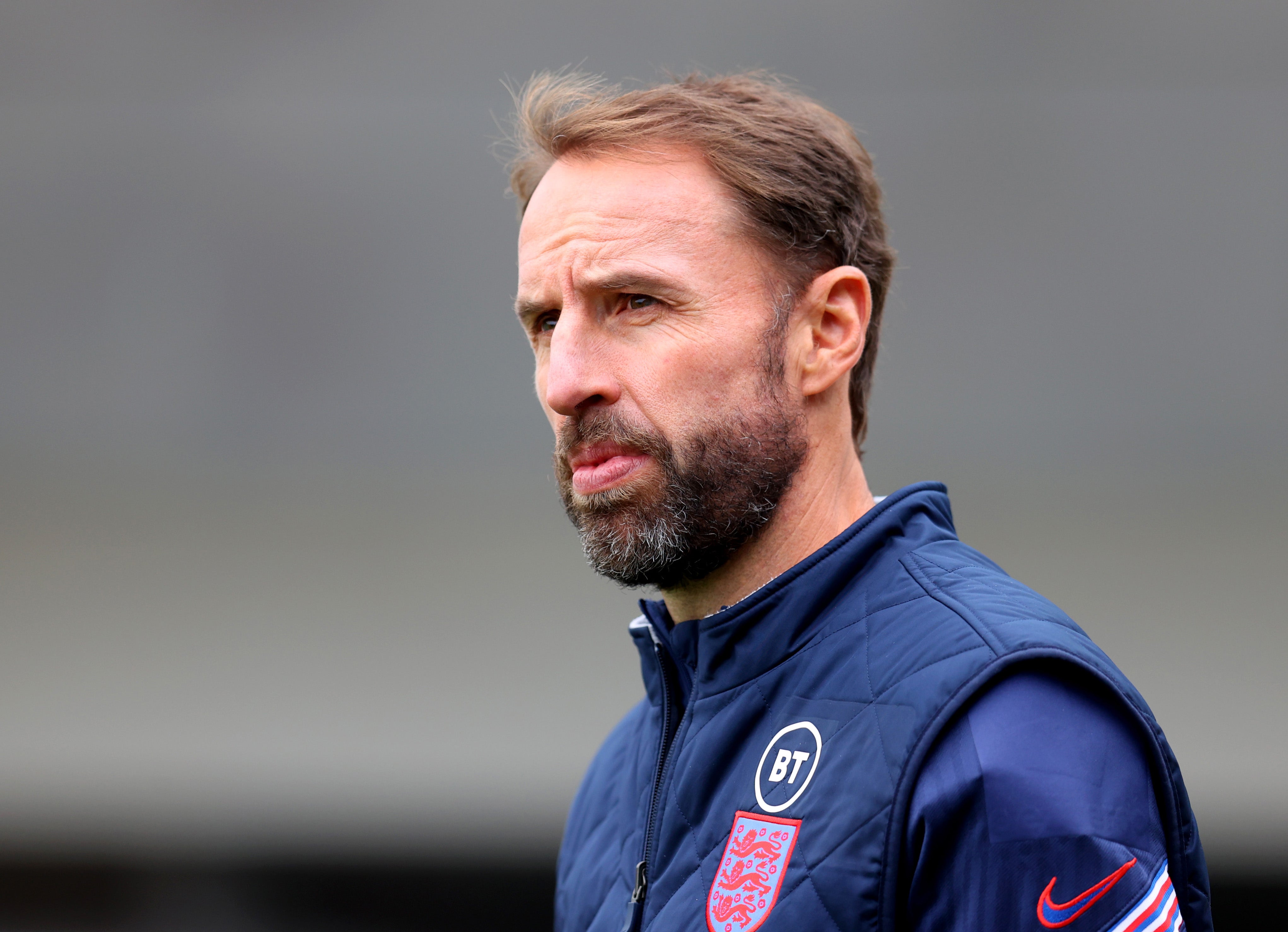 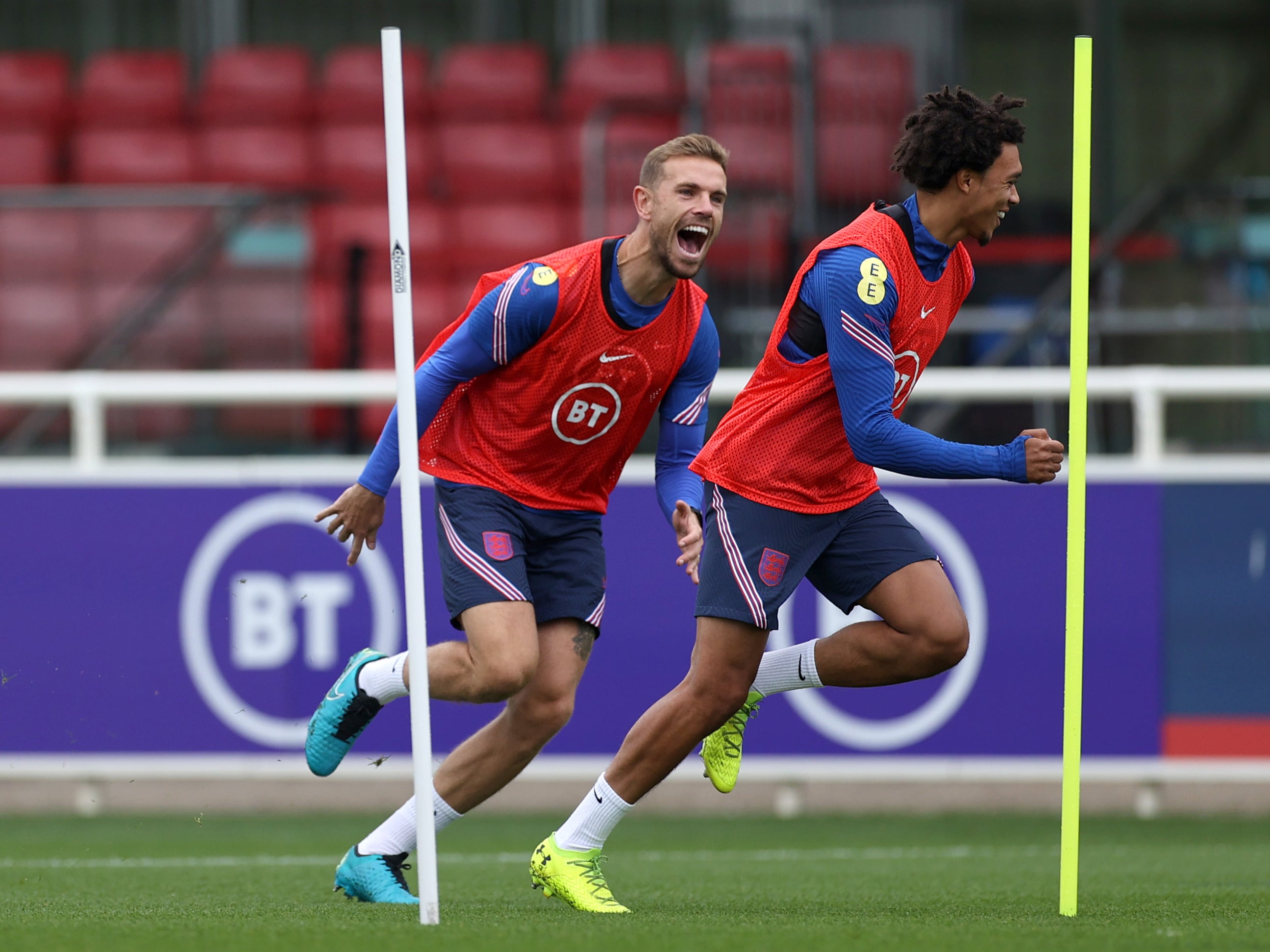 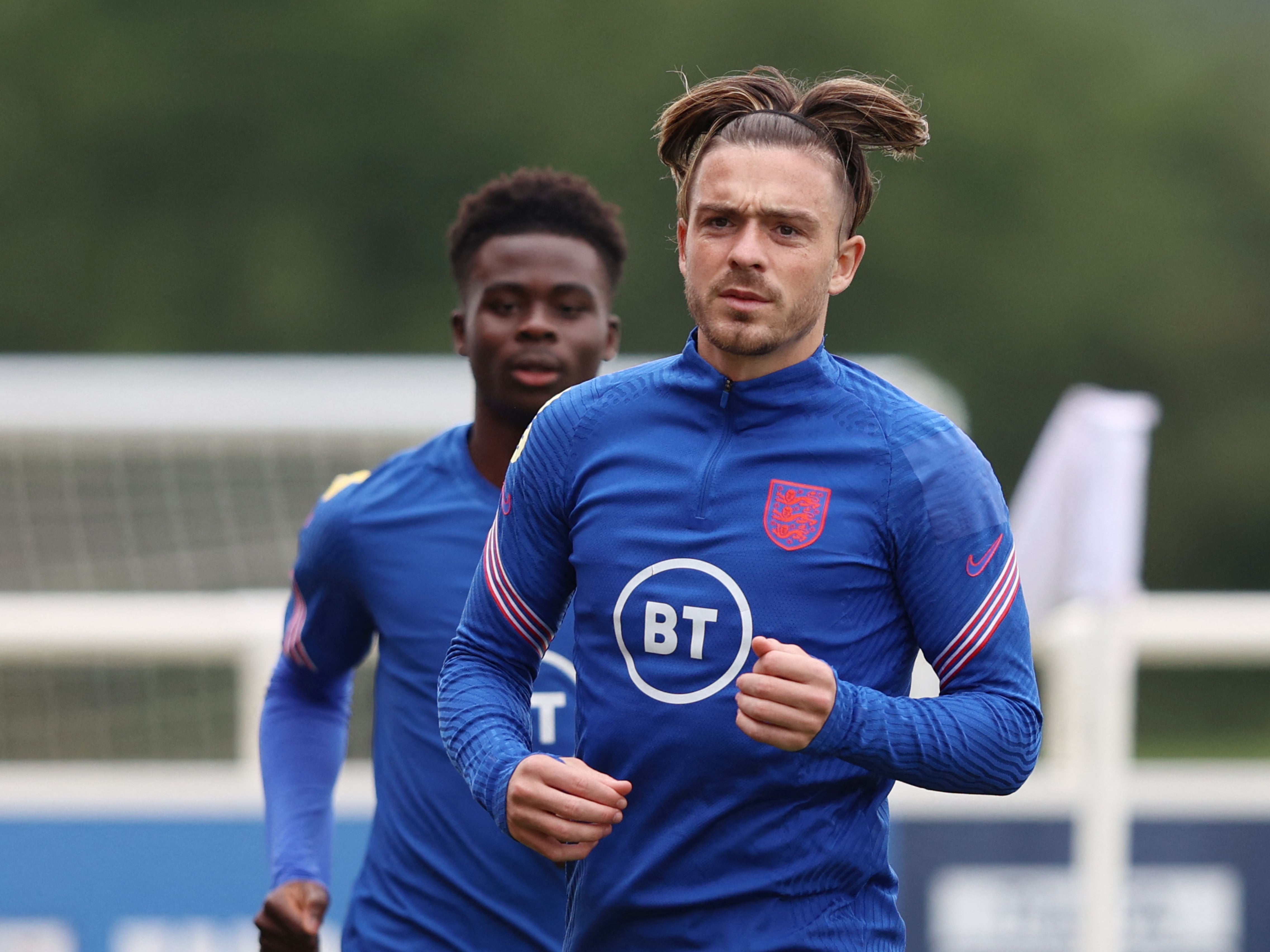 Gareth Southgate has attempted to limit expectations on his England players after they reached the final of Euro 2020 before losing to Italy in a penalty shootout.

He says his team has to start again and focus on qualifying for the World Cup where they’ll have another chance to win their first major trophy since 1966.

“The team has gained confidence from what they achieved and the progress they’ve made,” said Southgate.

“But equally we have to start again. The journey to having the chance of another run like that in a tournament is under way.

“Mentally it’s a good test for us. Away from home, 60,000 fans and a very good team we’re playing against. We have got to be at our very best.”

I make that as one change from the Euro 2020 final, with Jack Grealish coming in for Kieran Trippier as Gareth Southgate reverts to a 4-2-3-1 formation.

Grealish did not start for England during the Euros and this is just his third start for his country, while John Stones wins his 50th cap alongside Harry Maguire in defence.

Kalvin Phillips and Declan Rice resume their midfield partnership, behind Raheem Sterling, Grealish and Mason Mount. Harry Kane captains the side and leads the line.

The England team is in…

Hungary vs England: A look at tonight’s opponents

Prayers were uttered for Hungary when they were drawn alongside France, Germany and Portugal in Euro 2020’s “group of death”.

They may have still finished bottom of Group F, but Hungary produced three impressive performances on the pitch as they picked up two points following draws with France and Germany – and were minutes away from reaching the last 16 until Germany’s late equaliser in Munich.

Hungary’s 1-1 draw with France, in particular, was inspired by a capacity crowd at the Puskas Arena, with the country roared on by 60,000 fans in Budapest. England will be greeted by the same atmosphere tonight on what is a tough away day for Gareth Southgate’s side.

Captain Adam Szalai was Hungary’s biggest threat during the Euros, with the striker proving a handful for opposition defenders, while midfielder Laszlo Kleinheisler and defenders Willi Orban and Attila Szalai also impressed.

Perhaps more significantly, however, the nation will be able to call upon star midfielder Dominik Szoboszlai, who is back after missing Euro 2020 due to injury. The 20-year-old scored two goals for new club RB Leipzig on his first Bundesliga start of the season last month.

Previously in Group I, England secured maximum points in their first three matches of World Cup qualifying when their campaign got underway back in March.

A routine 5-0 victory over San Marino at Wembley opened proceedings and that was followed up by a 2-0 win in Albania.

And England’s perfect week was rounded off with three points against a Robert Lewandowski-less Poland, but the Three Lions conceded their first goal of qualifying as Harry Maguire’s late goal earned the 2-1 win.

Needless to say, those results mean that Gareth Southgate’s side are top of Group I, two points ahead of tonight’s opponents Hungary, who are in second place.

It has been 53 days since that night at Wembley, as England’s glorious run to the final of Euro 2020 came to an end in the most heart-breaking of circumstances.

Now, Gareth Southgate and his side are back as they look to build on the promise of their tournament run and continue their perfect start to their World Cup qualifying group.

England’s first starting line-up since the Euros is expected in the next 45 minutes or so and we’ll bring you all the build-up ahead of kick-off in Budapest.

Welcome to the Independent’s live coverage of Hungary vs England, as Gareth Southgate’s side resume their World Cup qualification campaign.

The Three Lions go in search of a fourth straight win in Group I, but they are up against the team currently in second place and only two points behind them, with Hungary making an impressive start of their own – and producing big performances against major nations this summer at the Euros, too.

Southgate will have to juggle resources somewhat, with England set to face this match, Andorra and Poland as well, all in the space of seven days.

Victory in the Puskas Arena will be a huge step toward qualifying for Qatar 2022, which England will then be among the early favourites for after finishing fourth at the 2018 World Cup and second at Euro 2020. But first, they have to get there.