D’Margio Wright-Phillips – the son of former Manchester City and Chelsea winger Shaun – made his professional debut for Stoke City against Leyton Orient in the FA Cup a fortnight ago.

He followed that up with a Man of The match performance against Hull City last weekend and he has now scored his first goal at a professional level. 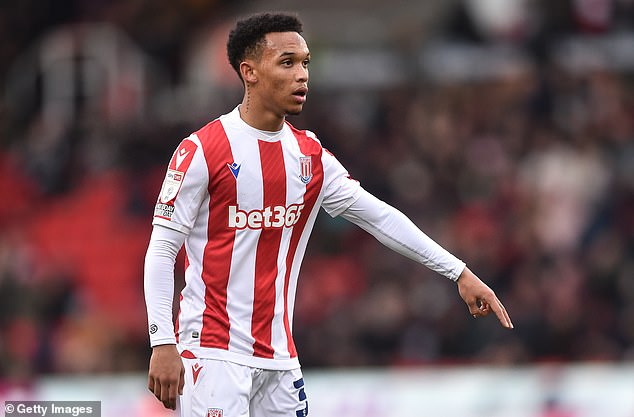 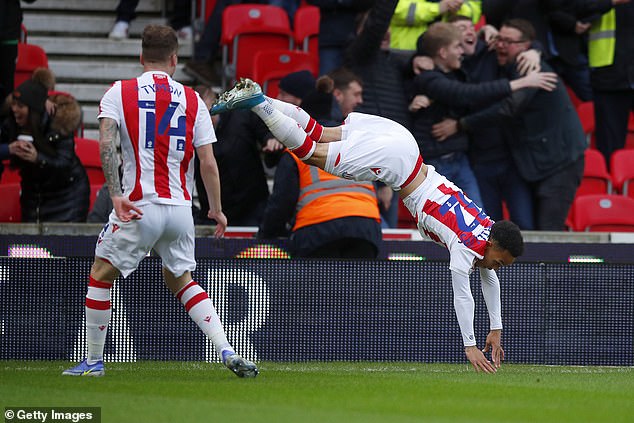 It took him just a minute to score at the bet365 Stadium against Championship leaders Fulham as he side-footed home Josh Tymon’s cross.

Stoke’s lead didn’t even last a minute as Fulham went up the other end and equalised through Rodrigo Muniz.

Wright, who was on TV duties with Premier League Productions, shared his reaction to his grandson’s goal on Twitter. Once he was informed about Fulham’s equaliser, he replied: ‘I don’t care’.

The visitors went on to win 3-2 to strengthen their promotion credentials but Potters boss Michael O’Neill was full of praise for Wright-Phillips after the game.

He said: ‘D’Margio has come in and shown everybody what he is capable of, and every young player at the club has to take heart from that

‘He has only been at the club for just over a year and has overcome the disappointment of being released by Manchester City, a club he had been with for a long time, at a young age. 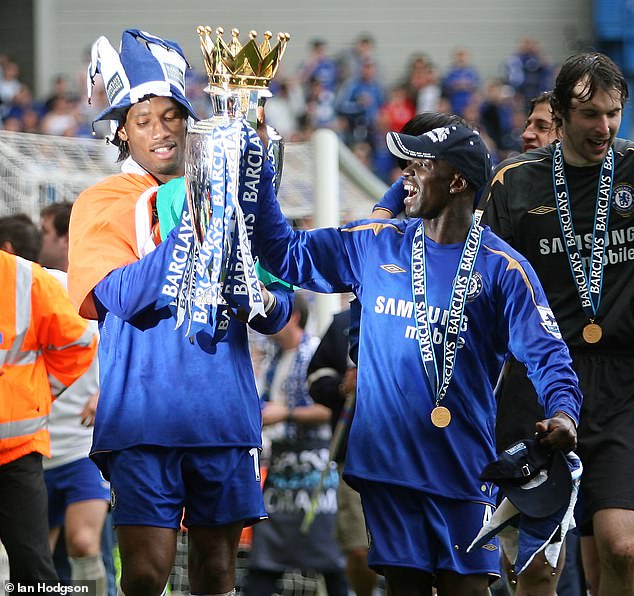 D’Margio’s dad, Shaun (R), had a successful playing career and won the league with Chelsea

‘The most important thing for me is that when we brought him up in to the first-team set-up in training, he really did prove a point.

‘Now he is going out there at a very good level and showing the qualities he possesses, which is really positive for us.

‘He took his goal exceptionally well and he took great heart from that – you could see in the way he went about his business after that, he was a real nuisance for them.’