Zlatan Ibrahimovic has revealed that his solitary season at Barcelona is the ‘worst memory’ of his glittering career.

The Swedish striker arrived at the Nou Camp in 2009 after winning three consecutive league titles with Inter Milan, but he lasted just a year in Spain before moving back to Italy to join AC Milan.

Ibrahimovic scored 22 goals in 46 appearances for Barcelona, but has admitted he does not look back on his time at the club with any fondness, and has claimed he ‘disappointed’ himself during that period in his career. 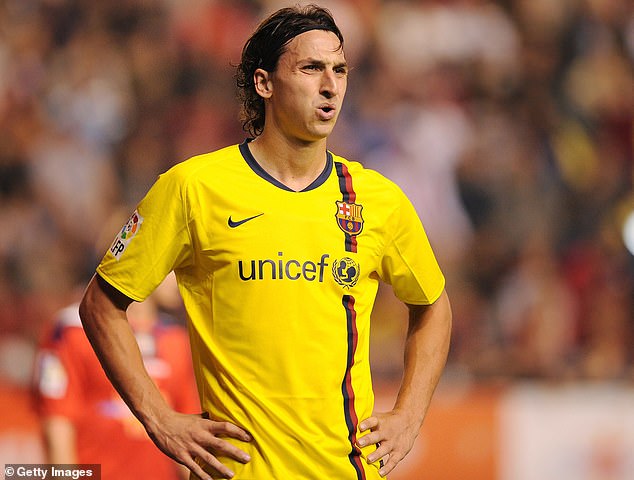 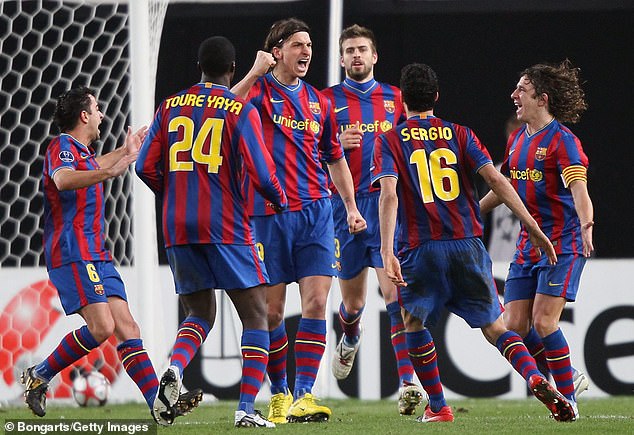 When asked about his low moments in football, Ibrahimovic told Canal Plus: ‘My worst memory? I think it was Barcelona, but not for football. There, it happened to me to think too much.’

Ibrahimovic’s comments suggest that it was not just matters on the pitch that led to him feeling unhappy at Barcelona, and he has previously spoken of how he did not see eye-to-eye with Pep Guardiola, who was in charge of the Catalan giants at the time.

Speaking about his issues with Guardiola in a 2017 interview with Sky Sports Italia, Ibrahimovic said: ‘I’d walk into a room and he’d walk out. I’d go to meet him and he’d go somewhere else. I understood that there was something beyond football.

‘The problem was his, it was he who hadn’t solved the problem with me. I remember on my first day, he told me that the Barcelona players didn’t turn up to training in Ferraris or Porsches. 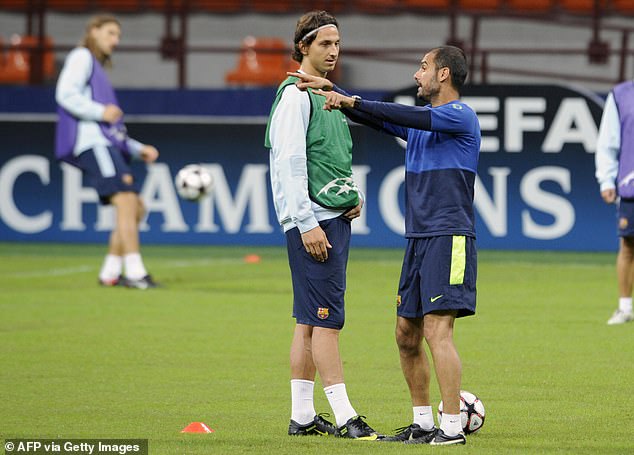 Ibrahimovic has previously spoken about how strained relationship with Pep Guardiola 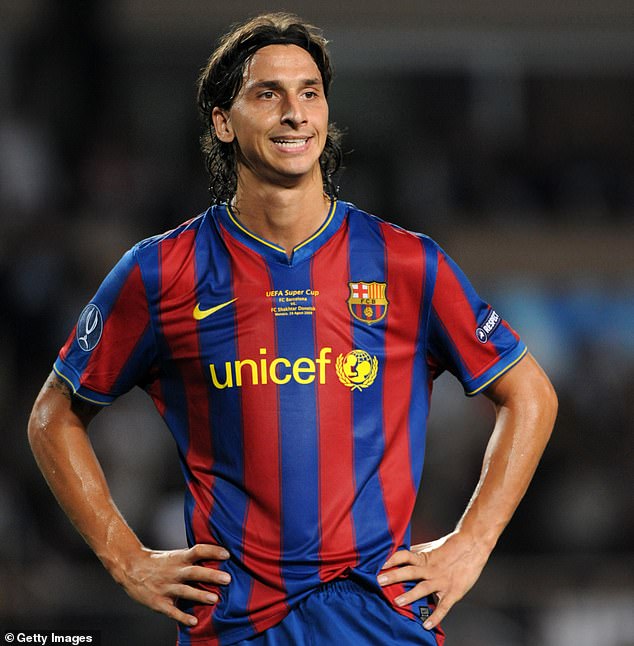 ‘He’d already judged me then, but if you don’t know a person then you can’t judge them. I had my experience with him, I don’t know about others.

‘I read the same thing had happened to (Mario) Mandzukic and (Samuel) Eto’o. He wasn’t the worst coach I’d worked under, but he was certainly the most immature because a man solves his problems.’

Ibrahimovic left Barcelona in 2010 to join Milan on loan, where he won the Scudetto in his first season before making the move permanent.

Further league titles followed at PSG, prior to spells at Manchester United and LA Galaxy, before he rejoined Milan in 2020.

Ibrahimovic added another title to his collection last term, scoring eight top-flight goals to help the Rossoneri to their first league triumph in 11 years.

He underwent knee surgery over the summer, leading to speculation that he could retire, but he has delayed these plans for now, and the 41-year-old is expected to be back in action in early 2023.