No fans, a Premier League title defence in ruins and winless at home in two months… Liverpool haven’t been beaten at Anfield by Everton since 1999 but if not now, when will the Toffees turn Merseyside blue?

A little over a year ago, when things were normal, Carlo Ancelotti sat in an executive box at Goodison Park and talked about a future when Merseyside might one day be coloured blue.

The great, gentle Italian did not talk about Covid-19 or empty stadiums that day just before Christmas 2019. All that was not known to us then. Instead, he talked about Liverpool and how he would try to catch them.

Ancelotti did not make any grand promises, only that he would try. Now, in this alien sporting world, he will take his team to Anfield on Saturday with an early opportunity to make an impression. 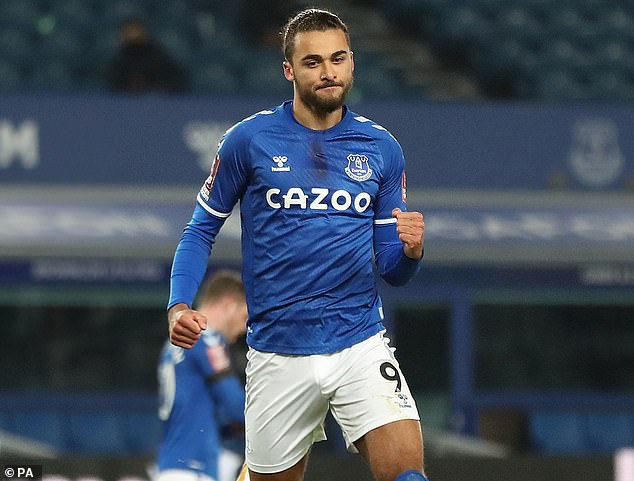 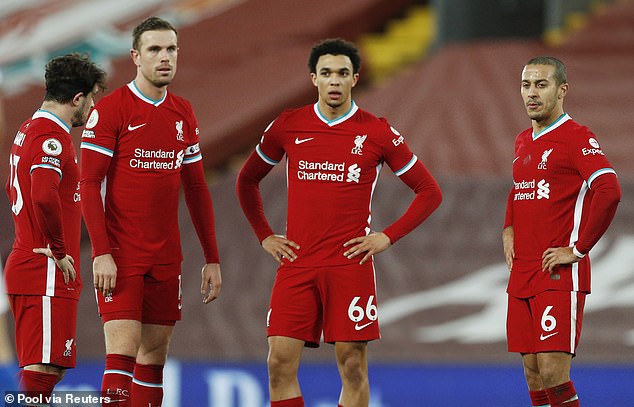 With no supporters present and Liverpool’s Premier League title defence sunk after holes inflicted beneath the waterline by Leicester, Manchester City, Brighton and Burnley, Everton have the chance to provide a statement performance. Win for the first time behind enemy lines since 1999 and Ancelotti’s team will be level on points with Liverpool having played a game less.

‘I really don’t remember that we said we wanted to compete with Liverpool,’ smiled Ancelotti on Friday. ‘But if I said so then we have progressed a lot because we are really close to Liverpool in the table. 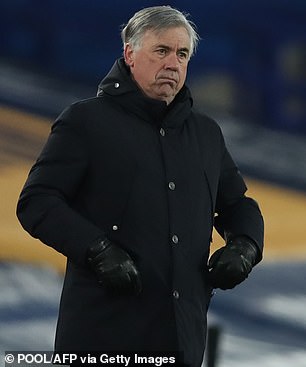 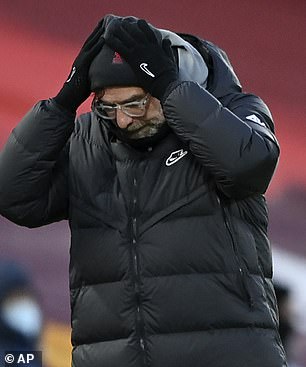 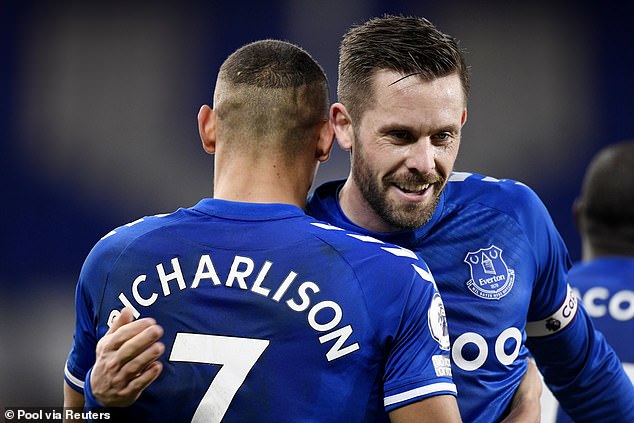 ‘So I think we are able to compete against Liverpool. This is our target. If you ask me if the progress was good, then the progress this year was really good.’

Few Evertonians would disagree. It is almost five years since Farhad Moshiri took his stake in Everton and since then an awful lot of money has been spent on too many footballers. But Ancelotti’s influence has been clear.

Money has been invested more judiciously and players such as Dominic Calvert-Lewin and Gylfi Sigurdsson have improved. Calvert-Lewin, a physically imposing forward these days, will return from injury to worry Liverpool’s makeshift centre halves. The Brazilian midfielder Allan is also due to make a comeback after two months.

‘Every game you play against Liverpool for Everton, you want to win,’ said Ancelotti. ‘But it’s been a long time. This could be the right time. It could be. Liverpool have lost the support of their fans (in the stadium). That can be an advantage for away teams. It’s the same for all the teams this particular season. 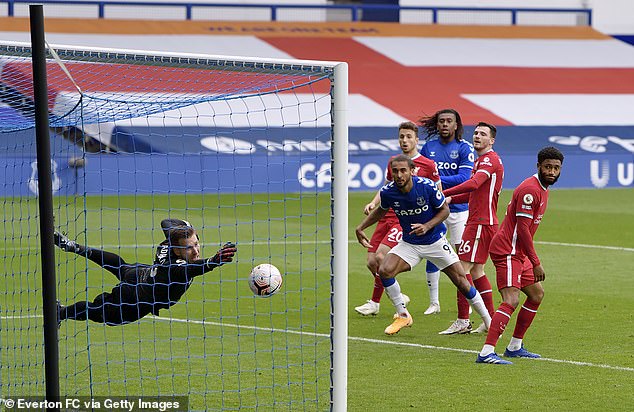 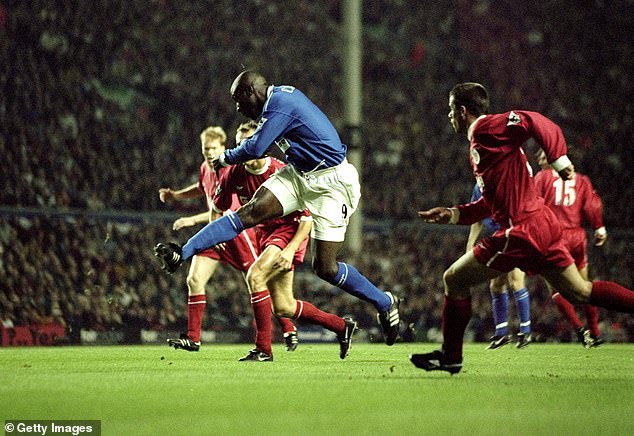 ‘I don’t think we feel pressure (of not winning). I think we are better than we were in the past and so we can have more opportunity now.

Everton’s record against Liverpool is quite wretched. No win at Anfield in more than 21 years, no win at all since 2010.

This season the gap has narrowed, though that has had much to do with Liverpool’s surprising regression.

Liverpool manager Jurgen Klopp said: ‘Everton had good teams over the years and in specific games it was close. But a manager like Carlo helps each team in the world, that is clear beforehand. They have a really good squad so maybe they are closer than ever before. From a position in the table for sure.’ 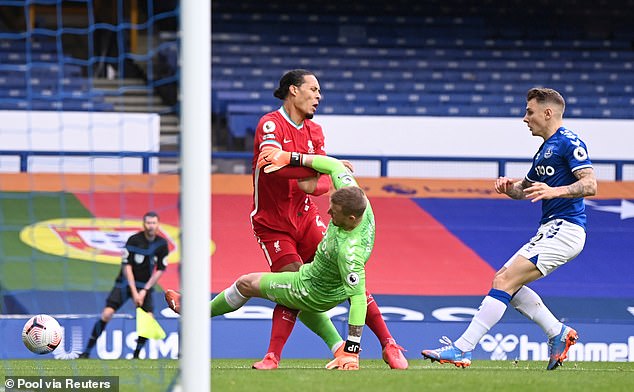 For Liverpool, motivation is clear. When the teams met at Goodison Park in the autumn, they lost Virgil van Dijk for the season following a challenge by Everton’s Jordan Pickford. The impact of that moment is arguably still being felt on Liverpool’s season.

Klopp did his best not to be dragged into that particular conversation on Friday and Ancelotti said only: ‘Jordan is focused and prepared for the game. Of course he was not happy with what happened. But now it’s only about the game.’

Liverpool were improved in beating RB Leipzig in the Champions League on Tuesday and Everton were well beaten by City the following evening. But isn’t everybody at the moment?

The key areas are for once not hard to select. How will Jordan Henderson and young Ozan Kabak cope with Calvert-Lewin? How will Pickford handle the occasion? He has form for making mistakes at Anfield. 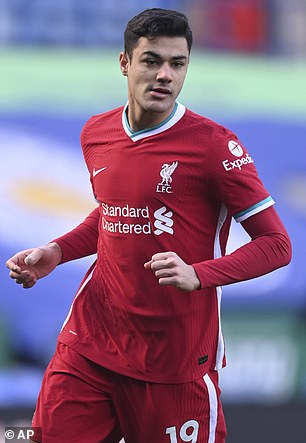 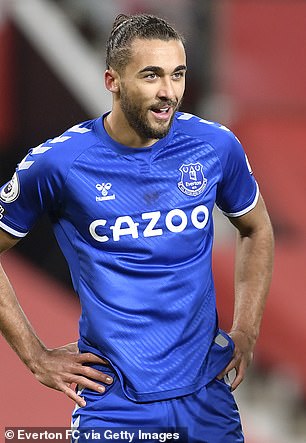 Liverpool start as favourites but have not won at home for two months — a run of five games — and still looked less than perfect at the back against Leipzig.

Ancelotti said on Friday that he still needs a couple of transfer windows to continue reshaping his squad. That is as maybe but his record against Klopp is good. Both managers have won three games each of a nine-game history.

On Saturday, the Italian has his chance to leave a notable mark on the other side of the park.

Tags: 'If, Everton, not, now, When, will
You may also like
Latest Posts