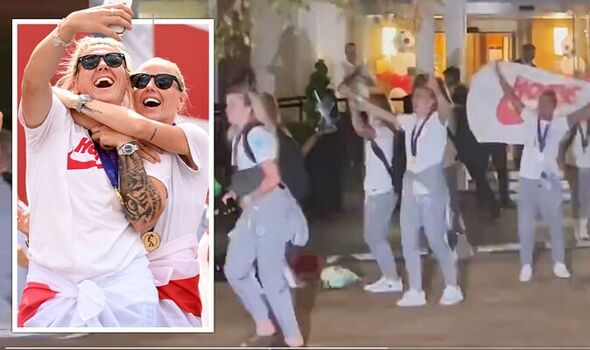 England’s Lionesses partied until 4am and were back on the beers just four hours later as they continued their celebrations after their heroic Euro 2022 victory. Sarina Wiegman’s squad were given a deserved heroes’ welcome as they paraded the trophy in front of 7,000 people at Trafalgar Square on Monday.

Chloe Kelly’s dramatic extra-time winner secured England their first European Championship in front of 87,000 people at Wembley Stadium. And defender Lucy Bronze has given an insight into the boozy party that went on long into the night.

Head coach Wiegman – “an honorary Englishwoman” – hosted a meeting at 8:30am on Monday morning, just four hours after some of the squad had finally headed to their rooms. Bronze tried to offer the Dutch tactician a beer ahead of the meeting.

Detailing events in the aftermath of England’s 2-1 success, Bronze quipped: “I think Sarina was finding it hard to keep up with the English ways! She had a few comments this morning. I tried to give her a beer before she started the meeting, and she was like: ‘Please don’t, Lucy’. 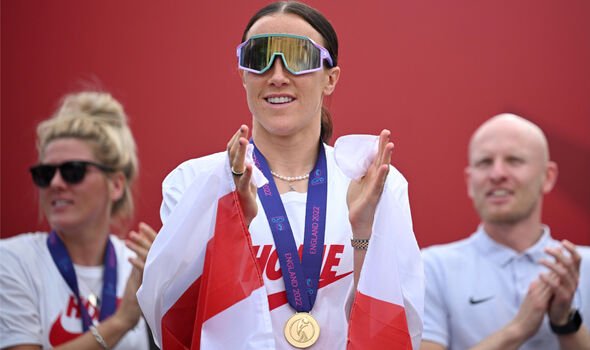 “We have been winding her up, but it’s something she’ll have to get used to now she’s an honorary Englishwoman. She’ll have to get practising [drinking beer]. Hopefully we can have more nights like that. So she’s going to need it!”

Asked how she was feeling after a draining clash with the Germans and a lengthy bash back at the team hotel, the 30-year-old continued: “I was going to say tired but I feel better after that. I think most of us only got a couple hours’ sleep – hence the sunglasses.

“I feel like I’m on top of the world. Crazy, dancing, cake, drinks, dancing again. The last message I sent on my phone was at four o’clock in the morning. It didn’t make much sense.

“And then we all had to get up at half past eight to have a meeting and then come here. {we’re] not quite finished yet, but finally we’ll get to unwind by the end of today it will all be done.

“It hasn’t sunk in, we were all saying that it still doesn’t feel quite normal. When we get home on the sofa, having a glass of orange juice or cup of tea, you’ll be sat there and that will be the moment where you think it’s insane, we’re champions of Europe.”

Captain Leah Williamson summed up the spirit of her team-mates: “This team likes to work hard – but we like to party hard! And that’s all I was thinking about at the final whistle.”