Inter Milan boss Antonio Conte is less than impressed with Christian Eriksen due to his disappointing start to the season, according to reports.

The Denmark international has struggled to make an impact at the San Siro following his £17.5million move to Italy from Tottenham in January.

Conte is ‘disappointed’ with the playmaker with the pair not understanding each other, according to La Gazzetta dello Sport. 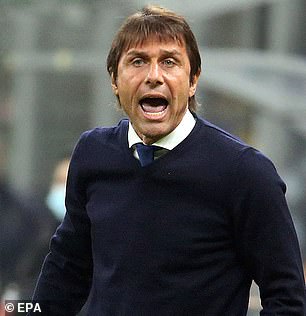 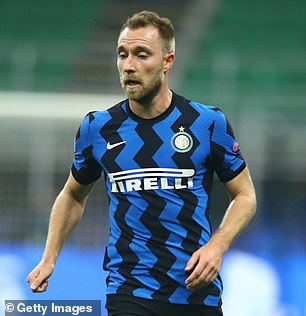 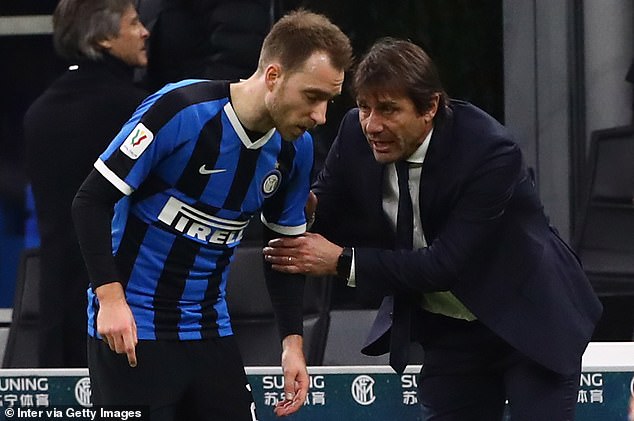 Eriksen has struggled under Conte since making his £17.5m switch from Tottenham in January

The Inter manager was reportedly unhappy with Eriksen’s display in their 2-2 draw against Parma last weekend and was angry with his lack of urgency to take a corner when Inter were trailing.

Eriksen was one of Spurs’ most influential players but it appears he could already be facing the exit door after signing a four-year deal at Inter earlier this year.

Ligue 1 giants Paris Saint-Germain are reportedly interested in pursuing the midfielder when the transfer window opens in the new year.

‘I don’t want to sit the bench for the whole season,’ Eriksen said in a press conference on Friday. 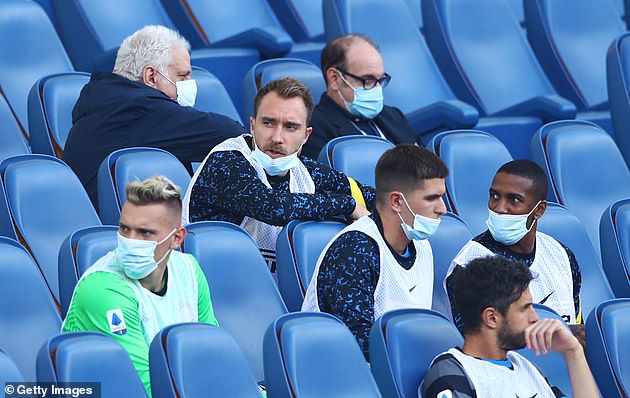 Eriksen has warned Conte that he is not happy sitting on the bench, speaking last month

‘I hope this isn’t the coach’s or the club’s intention. It is going to be a busy season, lot of games in [the] programme, I expect to play.

‘It’s never nice to sit the bench and one tends to be less patient as his experience grows.’

The midfielder started the opening game of the 2020-21 campaign against Fiorentina but could only manage a place on the bench in the following two fixtures. He has started two Serie A games since but is yet to see out a full 90 minutes this season.

He continued: ‘There are many expectations on me, people thought I’d do the difference in every game, but it didn’t happen. 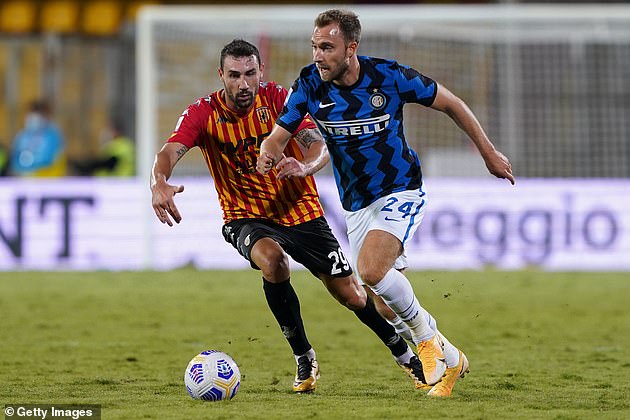 ‘That’s why they are looking at me with different eyes. I’ve had highs and lows after the lockdown. I had a great start with Inter after I arrived and now I am living in a new situation.’

Conte’s Inter have made a stuttering start to the campaign, taking just 11 points from six games so far in Serie A.

They face Real Madrid in the Champions League on Tuesday night, having taken just two points from their opening two matches.

Tags: a, Antonio, boss, Conte, Inter, is
You may also like
Latest Posts