Fulham take on Burnley at Turf Moor looking to maintain their momentum in their efforts to pull off the great escape following Scott Parker’s side impressively winning at Everton.

The Clarets are also in fine form after a dominant win over Crystal Palace at Selhurst Park last weekend, with Johann Berg Gudmundsson, Jay Rodriguez and Matthew Lowton on the scoresheet.

The Cottagers have narrowed the gap to safety and 17th placed Newcastle are now just seven points away, though the Clarets are just a point further ahead, which presents the visitors with an excellent opportunity to boost their hopes of survival. The danger man for the visitors could be Josh Maja, who struck a double at Goodison Park after arriving on loan from Bordeaux, and Parker is delighted with the Nigeria international’s impact:

“What a way to start, full Premier League debut for us and to score two goals and for us to win the game it was pretty special for him really. I’m really conscious, I don’t want to put a lot on someone so young’s shoulders but I’ve been very impressed in the short space of time I’ve been working with Josh and hopefully that can continue really.

Here’s everything you need to know about the game in Lancashire: 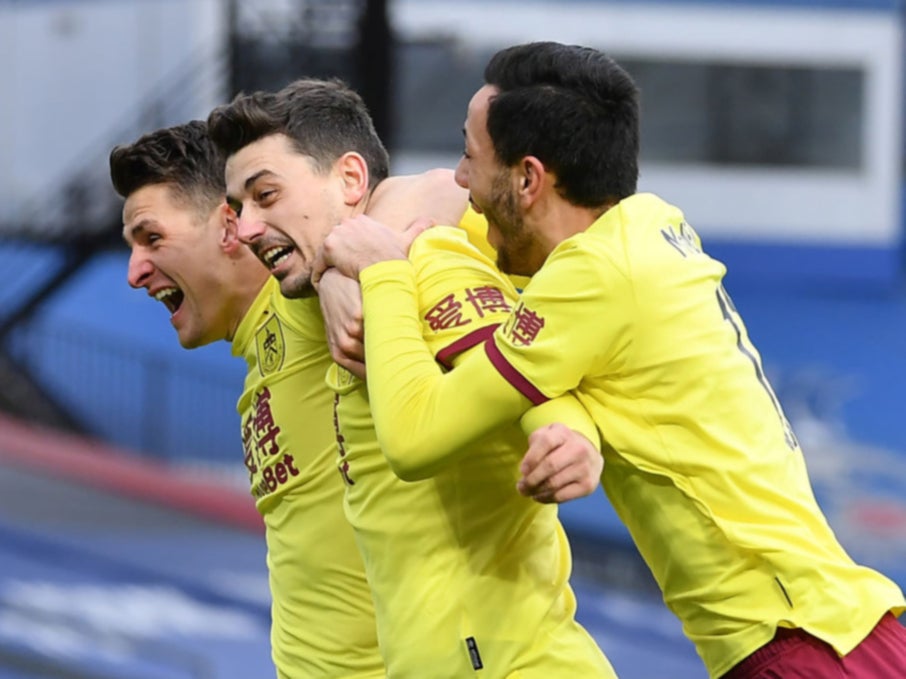 The match will kick off at 6pm GMT this evening at Turf Moor.

Ben Mee will be out here after entering concussion protocol, while Erik Pieters is “touch and go” after exiting the game at Palace with a tight groin. Chris Wood is struggling with a hamstring problem, and is a “risk scenario”.

Matej Vydra’s injury is “not serious” but Dyche believes “it’s a bit of a quick turnaround”, meaning he is very likely to miss out here. Dale Stephens is out with a “knock”.

Kevin Long will step in for Mee at centre-back, while Charlie Taylor (hamstring) could come in at left-back after he “made good progress and trained for a few days”, though Anthony Driscoll-Glennon is another candidate to replace Pieters.

Aleksandar Mitrovic is out and remains in self-isolation after testing positive for Covid-19. Terence Kongolo and Tom Cairney are likely to still be out here.

This is a tough one given both teams are in form and the ramifications are huge for both teams, but the Clarets have proven their worth in head-to-head games against teams they usually battle against to survive in the Premier League and we’ll lean towards Dyche’s side keeping it tight at the back and capitalising on what will likely be just a few chances to take this one. Burnley 1-0 Fulham.