‘Man United putting in a £50m bid!’: Watford’s Ismaila Sarr scores ‘goal of the season’ from inside his own half against West Brom… with fans comparing it to Red Devils legend David Beckham’s famous effort against Wimbledon

Watford forward Ismaila Sarr has been compared to David Beckham after scoring a sensational goal from inside his own half.

The Hornets played out a 1-1 draw against West Brom in the Championship on Monday night and Sarr opened the scoring with an audacious effort.

Collecting the ball from a header out of defence, the Senegalese international turned and saw Albion goalkeeper David Button standing outside of his penalty area. Without barely a second thought, he unleashed a remarkable effort that had Button looking rather sheepish. 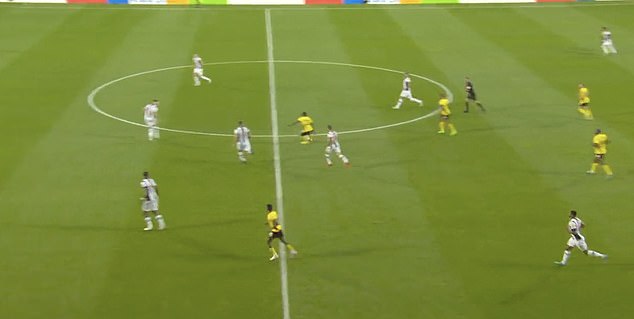 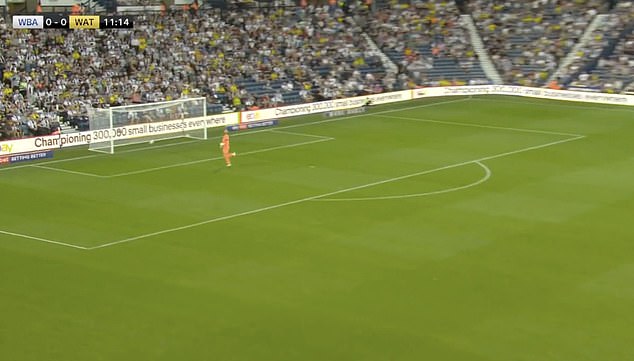 The strike has already been labelled as an early winner of goal of the season, while many fans have also called for it to be nominated for the Puskas Award.

Comparisons to Beckham quickly followed, as supporters reminisced about the England legend’s wonder strike from inside his own half against Wimbledon in 1996. Sarr, 24, wasn’t even born when that goal was scored.

‘Better than Beckham’s goal that was from Sarr,’ one fan tweeted.

It may only be the second week of the new campaign, but there is no doubt that Sarr’s goal will feature heavily in awards season come May. 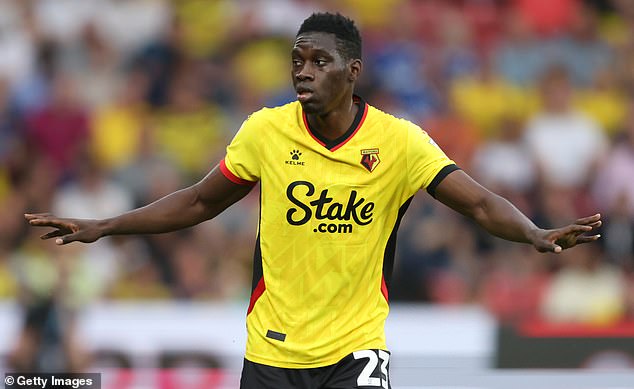 ‘That’s the Championship Goal of the Season sorted already,’ one supporter tweeted. ‘West Brom keeper lobbed from Watford half by Sarr – shades of that Beckham goal against Wimbledon in 1996.’

Other fans suggested that Sarr’s goal could even earn him a move back to the Premier League before the summer transfer window shuts.

‘Ismaila Sarr has gone full on David Beckham from inside his own half, take a bow….. oh and sign him up,’ a Leeds fan tweeted.

‘United putting in a £50m bid for Sarr after that Beckham esp goal,’ another Twitter user joked.