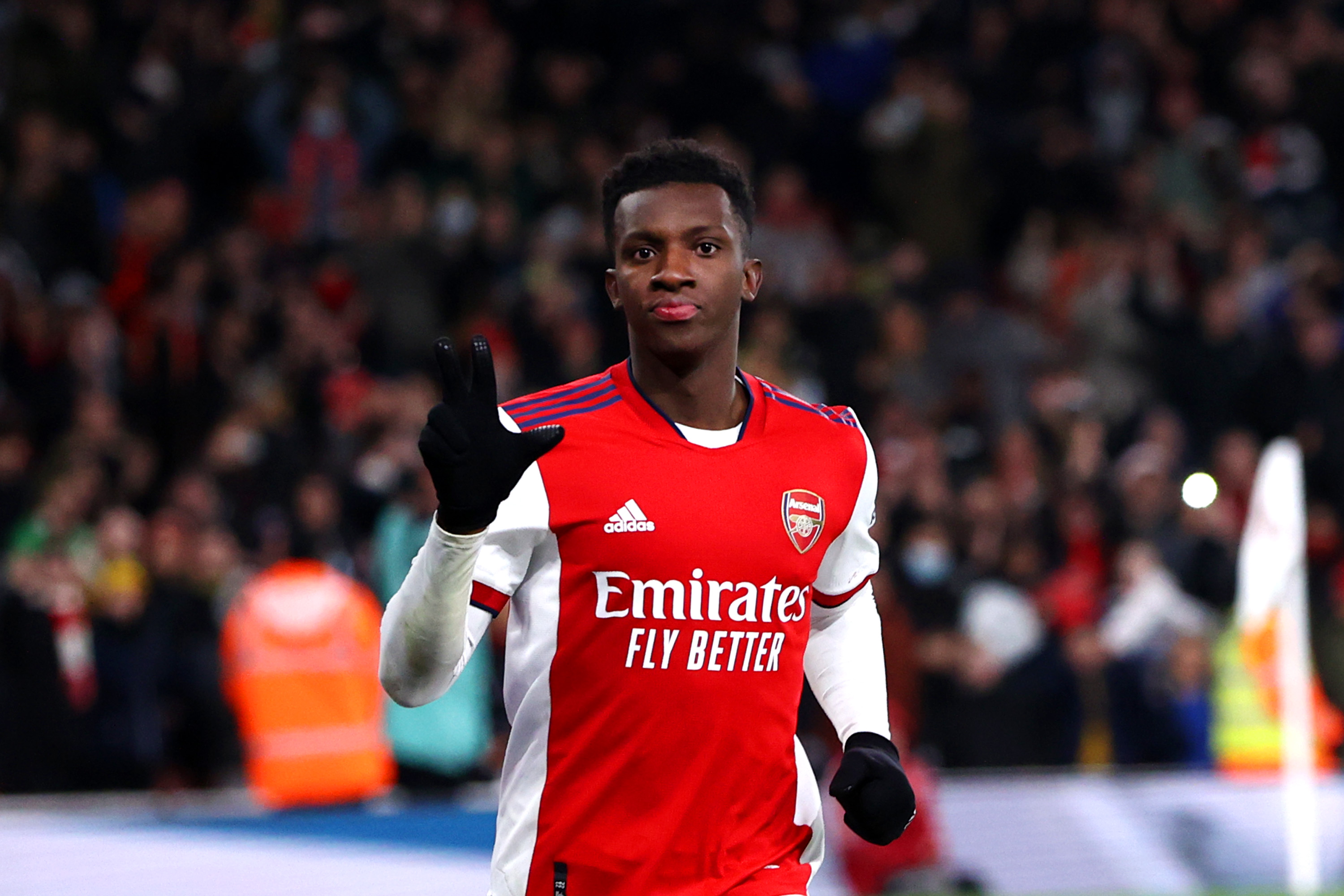 The 22-year-old is out of contract at the end of the season and looks likely to depart on a free transfer after refusing to sign a new deal.

However, Palace and Brighton have both been linked with making a move for the youngster during the January transfer window.

Both sides are in need of more goals but with Palace adding Odsonne Edouard to their ranks in the summer, Bent feels Brighton would be a better fit if he wants game time.

‘The Palace one surprises me when they have Benteke and Odsonne Edouard,’ said Bent. ‘That surprises me a little bit.

‘But Brighton, that is all they are crying out for. They play some of the nicest stuff. Danny Welbeck scored the other week, but his fitness has been an issue.

‘Neal Maupay is like a patchy striker. He would have a period of scoring in three games here and then won’t score for a while.

‘But Eddie Nketiah, all Brighton need is someone to stay in and around the box, then they will finish them off. Nketiah, for me, is a natural goalscorer, who will pick up them positions. Out of those two clubs, he suits Brighton.’

His displays have been limited in the Premier League though with the likes of Alexandre Lacazette, Gabriel Martinelli and Emile Smith Rowe ahead of him in the pecking order.

Nketiah wants a fresh challenge but that hasn’t stopped Mikel Arteta from trying to convince him to stay.

‘I tell you every day that we want to keep Eddie,’ he said last month.

‘We see how he trains, that’s what he does every day, he works so hard and puts the ball in the net every session. I am really delighted with him. Every time we have needed him he has always responded.

‘We are trying (to persuade him to stay). It’s not about anything else but minutes. He wants game time, he wants to be on that field and that is the only reason to say “can I do it here?” That’s the question. We all want him to stay.’