Guardiola: Haaland cannot win Champions League for Man City on his own

Manchester City star Jack Grealish found his long-lost ruthless streak to play a central role in a handsome 3-0 win over Wolves at Molineux. The 27-year-old had previously challenged himself to become more selfish and came up with the goods on Saturday, scoring once and taking the hit for Nathan Collins’ red card.

It didn’t take long for Grealish to temporarily silence his critics, bursting into the box to turn in Kevin De Bruyne’s low cross within the first minute. The way he did it will have been particularly gratifying for City fans as the former Aston Villa star virtually broke his neck to take up the central scoring position.

All too often since his £100million move last summer, Grealish has arrived too late onto the scene or failed to read the direction of the attack. Not only did he get amongst the goals, but he showed markedly more endeavour to take a direct approach, dribble at his opponents and make things happen.

He previously admitted an element of nervousness when it came to losing the ball under Pep Guardiola and, while Grealish did occasionally give possession away against Wolves, a more daring approach produced several eye-catching passages of play and will have done wonders for his confidence. 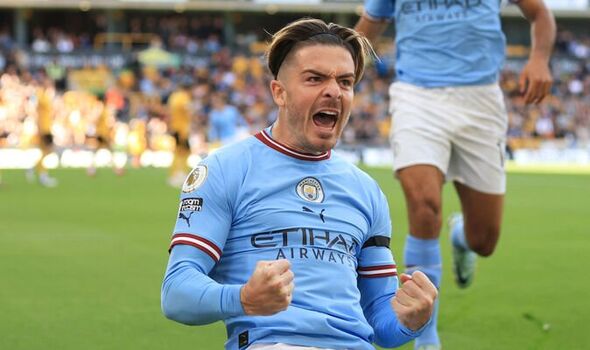 “As an attacking player, you do want goals and assists” Grealish told BBC Sport earlier this year. “I know for one thing I should definitely have more assists. Goals – I think I need to get myself in goal scoring positions a little bit more but I know it’s not all about goals and assists.

“There are big games we’ve won and I feel like I’ve contributed. I probably should become more selfish. But like I said I don’t really count myself as a selfish player. If someone’s in a better position, I’m going to pass it to them.”

There were shades of Grealish’s glory days at Villa as Wolves kicked him from pillar to post on Saturday afternoon. The hosts’ rough and tumble approach culminated in Nathan Collins flying recklessly into a tackle before the interval which immediately saw Anthony Taylor show a straight red card.

Before Wolves were reduced to 10 men, Erling Haaland had doubled City’s lead with his 14th goal of the season in all competitions. The former Borussia Dortmund hit man drove powerfully at the backline before taking everybody, including Jose Sa, by surprise and dispatching an early, right-footed shot into the bottom corner. 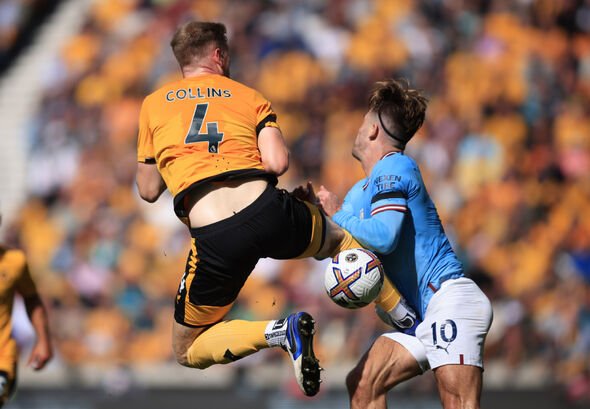 De Bruyne’s low crossing again foxed Wolves in the second half as Phil Foden swept home to extend City’s lead and make sure of the three points. Grealish was taken off with 15 minutes to play but there were to be no regrets around his performance at Molineux.

On a week that has seen major questions asked of Grealish’s inclusion in the latest England squad, prompting Pep Guardiola to publicly defend his club-record signing, the wide man responded in a big way.