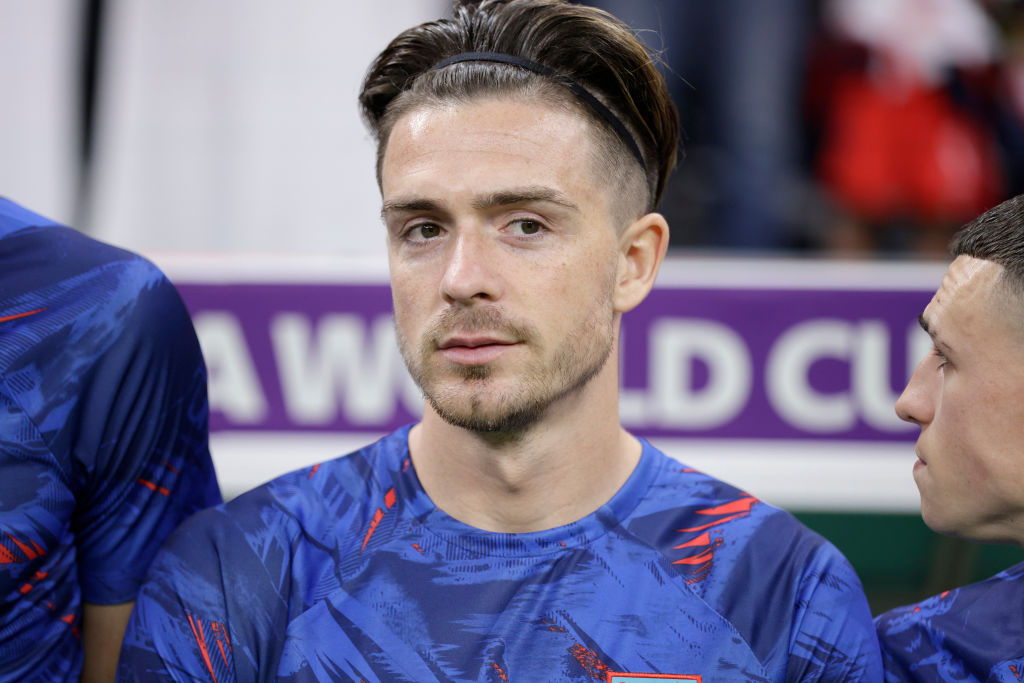 Jesus struggled to cement a place in the Man City team but contributed whenever called upon, scoring 95 goals during his six-year spell at the Etihad.

The Brazilian completed a £50m move to Arsenal last summer and has helped the Gunners storm to the top of the Premier League this season.

While Jesus has only scored five goals in the league, he has been hailed for his all-round play, with Mikel Arteta insisting the 25-year-old has taken the team to another level.

Grealish is not surprised by Jesus’ impact in north London, claiming his former team-mate was ‘frightening’ in training and revealing what fellow England star Saka has said about the striker.

‘Ask anyone that’s played with him – I know he’s getting more recognition now, but he’s the main man,’ Grealish said of Jesus in an interview with Athletic Club Momento.

‘In training, honestly, he was frightening. I spoke to Bukayo Saka last month and he was like: “Jack, he’s unbelievable”.

‘Jesus’ play is just this mix of proper rawness and skill. He’s a lovely guy, but he’s so hungry and aggressive when he plays.’

Jesus is currently in Qatar with Brazil’s World Cup squad and came on as a substitute in their group wins over Serbia and Switzerland.

Chelsea and Brazil defender Thiago Silva expects Jesus to make an impact at the World Cup but says his Arsenal team-mate Gabriel Martinelli could be one of the stars in Qatar.

‘You can see the connection they’ve had this season with Arsenal – it’s a big reason why they’re top of the Premier League,’ Silva told The Mirror.

‘Jesus, we’ve known about his quality for a long time, but Martinelli is really showing what he’s about.

‘He’s playing without fear and, if he gets the chance to play, I don’t think it will faze him and he’ll just do what we know he can do.

‘I think all attacking players at the top level need that little bit of arrogance – that they know they can do something special – and he has that.’

Brazil, currently top of Group G, face Cameroon on Friday as they look to maintain their momentum ahead of the World Cup knockout stages.