Jack Grealish has vowed to find the form that earned him a move to Manchester City and prove why the club paid a record £100million fee to bring him to the Etihad.

Pep Guardiola was forced to defend his midfielder his week after a second disappointing Champions League showing against Borussia Dortmund on Wednesday night.

Talking to the official Man City site, Grealish admits that he needs to start performing for his club and taking advantage of minutes he gets in the City line-up. 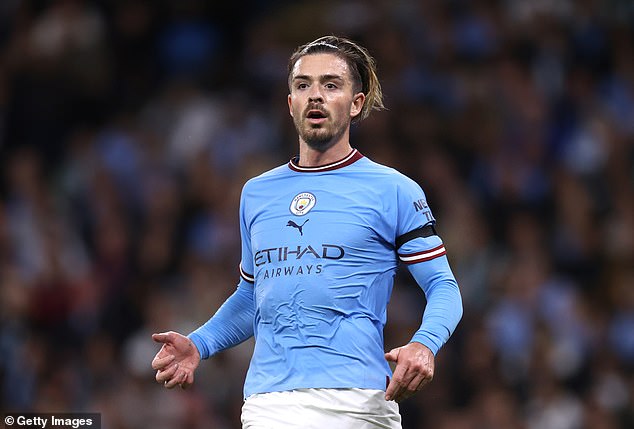 ‘The attackers are the ones the manager rotates a lot,’ he said.

‘Not everyone is going to play every game as we have so much talent.

‘When you get that chance you have to grab it with both hands and that is what I will try and do.

‘Last year I was settling in — but I want to start performing the way that got me the move here. I did at times last season, just maybe not consistently enough.’

The 27-year-old’s first season at City did end in a Premier League winner’s medal, but it lacked the sparkling form we saw from Grealish at Aston Villa. Yet, the England man begun this season with renewed vigour on City’s pre-season tour. 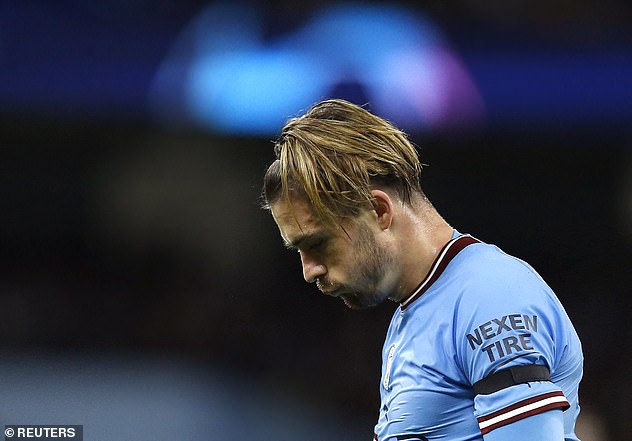 Explaining how his season has suffered since, Jack said: ‘I started quite well in pre-season and started the first game of the season which we won at West Ham.

‘Then in the second one I got injured. I have come back and played a few Champions League games.

‘I felt like I could have done better in both of them but I am still trying to catch up on my fitness. Now I am just trying to get fit and trying to get my form back.’

The key to finding that form could be Grealish’s role in the City attack. He has played in a number of positions for Pep Guardiola, but believes he’s at his best when deployed on the left like he was at Villa Park. 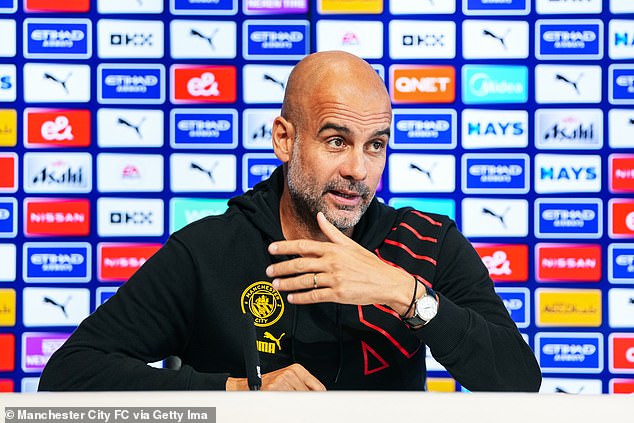 ‘What got me the move here was playing on the left-wing.’ he said.

‘There were times last season where I played as a false nine, I played as a number eight sometimes where Bernardo, Gundo[gan] and Kev [De Bruyne] play.

‘I like that position as well and I played there in the past for Villa. I think if you play in that position at City then you see a lot of the ball so I would say the left-wing or a number eight [is his preferred position].

‘The attacking players such as me, Erling [Haaland], Phil [Foden], Julian [Alvarez] and Riyad [Mahrez], I think we can all play in different positions.’

Grealish has only scored six times for City since move to Manchester last summer, and notched-up just four assists for the Premier League champions. 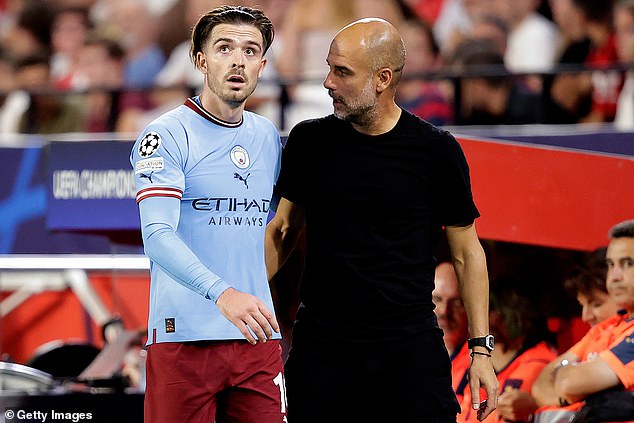 However, his boss is not concerned with the numbers and is happy with the contribution of City’s number 10.

‘It’s about his contribution without the ball and what he can produce for the other ones and the many, many things that he’s able to do.

‘He competes with top, top players as well and he knows it perfectly.

‘But he never complains about that. He’s such a nice guy and in the games when he didn’t play, he’s the first to help the team.’