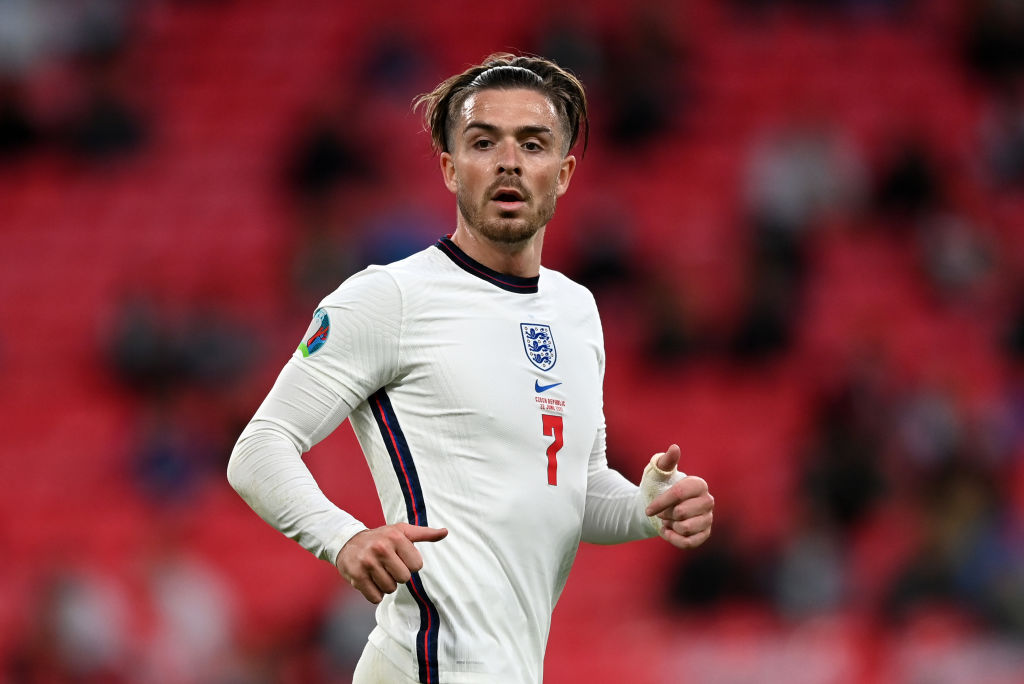 Jack Grealish is looking to ‘follow in the footsteps’ of Paul Gascoigne and Wayne Rooney by lighting up Euro 2020 for England this summer.

The Aston Villa captain made his first start for the Three Lions at a major tournament in Tuesday’s 1-0 victory over Czech Republic at Wembley.

Grealish impressed for Gareth Southgate’s side and made a decisive contribution when he provided the cross for Raheem Sterling’s header in the first half, which secured top spot for England in Group D.

With the knockout stages just around the corner, the 25-year-old is hoping to reach dizzying heights and emulate the likes of Gascoigne and Rooney by performing on the biggest stage for the Three Lions.

Quizzed on whether Euro 2020 could make him as a player, Grealish said: ‘Definitely. I have spoken about how big these tournaments can be in players’ careers.

‘If you look back and think of Gazza at Italia 90, that is where he first made a… well he was obviously still well known before, but I think everyone remembers him for that tournament especially.

‘You look at Wayne Rooney in Euro 2004 – I think that was where he set his marker to say I am going to be one of the best in the world.

‘I am hoping to follow in their footsteps and hopefully I can do that if I get more chances in this tournament.’

‘I felt like I had a good performance good but I still maybe felt like in the second half I could have got on the ball a little more and probably tried to dictate the game a little more from an England point of view.’