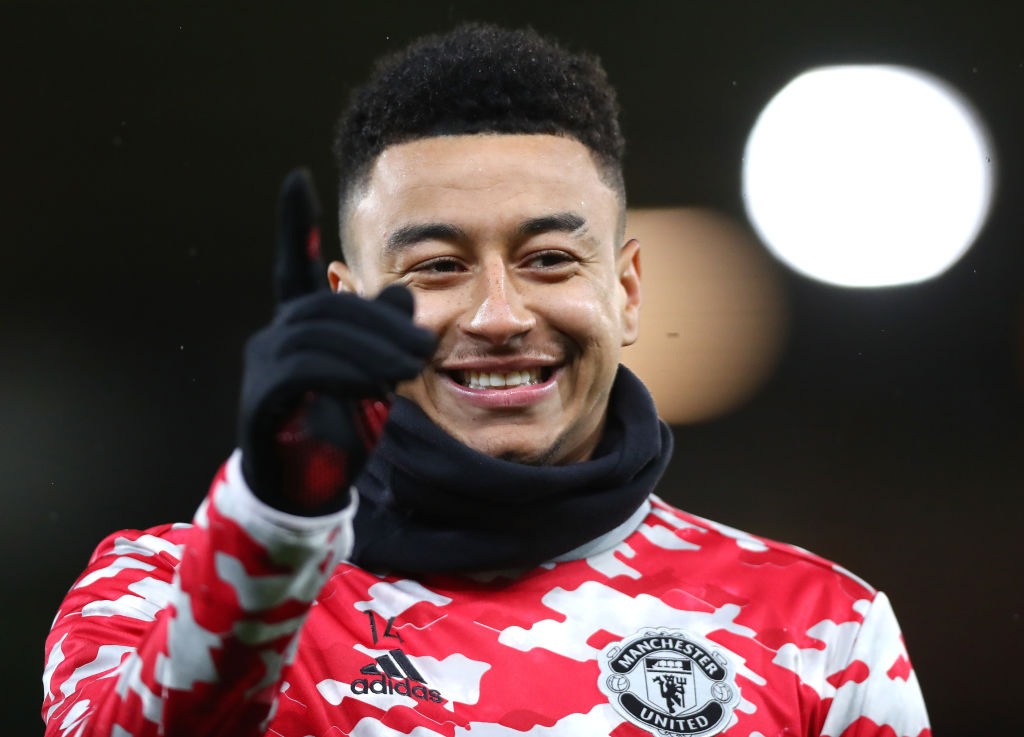 Jack Wilshere has urged Jesse Lingard to strongly consider staying at Manchester United given ‘the grass isn’t always greener’ amid speculation the midfielder could be on his way back to West Ham.

Lingard has just six months remaining on his current contract with the Red Devils and the 29-year-old has been heavily linked with the Hammers this January, where he shone on loan in the second half of last season.

Newcastle have also been credited with a strong interest in Lingard, with Eddie Howe on the hunt for midfield reinforcements to help lift the Magpies out of the relegation zone and towards safety.

Lingard will have hoped for a fresh chance as Ralf Rangnick was appointed as United’s interim head coach at the end of November, but he is still yet to start in the Premier League this term.

However, recent reports indicate the England international intends to reject a move away from Old Trafford this winter as he remains confident he can breakthrough under Rangnick and become a key player again in the second half of the campaign.

Ex-Arsenal and West Ham star Wilshere, speaking on talkSPORT, suggested the attacking midfielder had a right to feel frustrated with his current situation in the wake of such an outstanding loan spell at the London Stadium last season.

‘I think after the six months he had last year when he was at West Ham he probably went back to Manchester United thinking he was going to get a chance and he probably deserved a chance,’ Wilshere said.

‘That’s probably why he didn’t leave and it will be interesting to see what happens this window.

But Wilshere encouraged Lingard to ‘sit back’ and realise how ‘lucky’ he is at United – where he has been since the age of seven – before making any knee-jerk decisions over his future.

‘The grass isn’t always greener. I had this a few times at Arsenal with players that didn’t really want to be there,’ Wilshere added.

‘Sometimes you need to sit back and look at how lucky you are to be at a big club like that with the fans.

‘Alright, they’re not challenging, but it’s still a big club.

‘Teams go there and they are intimidated by that. To be on that side of the fence rather than going to them places makes a massive difference.’

Lingard has scored 35 goals in 222 games since breaking into United’s first-team back in 2011, winning the FA Cup, the EFL Cup and the Europa League with his boyhood club.

It’s understood the Red Devils are ready to listen to offers for Lingard and have slapped a £20million price tag on the playmaker this January.