Manchester United have reportedly already agreed terms on a contract with Jadon Sancho that is set to make him the second best-paid player at Old Trafford. The Red Devils failed in their pursuit of Sancho last summer as they refused to meet Borussia Dortmund’s £108million asking price.

It was expected that Sancho’s valuation would only increase with the chance of more teams attempting to sign him in 2021.

But Dortmund are now asking for a deal worth £86m this time around with United restarting negotiations.

A bid has already been made which is supposedly £10m short of what Dortmund want.

Multiple reports suggest that United will eventually get the deal over the line and personal terms won’t be a problem. 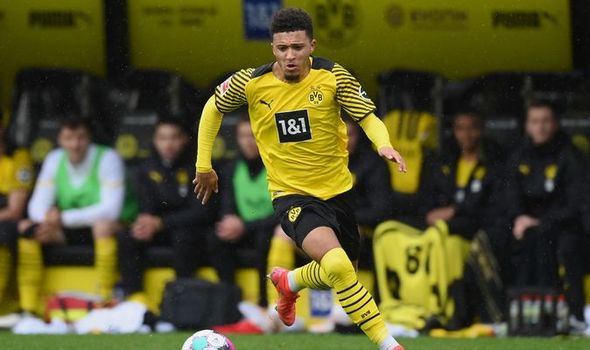 United agreed a contract with Sancho last year on a five-year deal and it seems as though that offer still stands.

And according to the Daily Mail, Sancho will come in as one of the best paid players in the Premier League.

The United shot-stopper is the highest earner in the Premier League with Pierre-Emerick Aubameyang just behind on £350,000-a-week.

Sancho’s proposed United contract will comfortably put him in the top five best-paid players, likely ahead of Raheem Sterling and Kevin De Bruyne who both earn £300,000-a-week.

On a five-year contract, Sancho’s deal could be worth in excess of £21million at just 21 years of age.

Sancho is set to feature for England in their Euro 2020 opener against Croatia on Sunday, although it isn’t clear whether he will start.

He did play 65 minutes in the 1-0 win over Romania earlier this week, but Roy Keane isn’t so sure the Dortmund winger has done enough to warrant a place in the starting line-up. 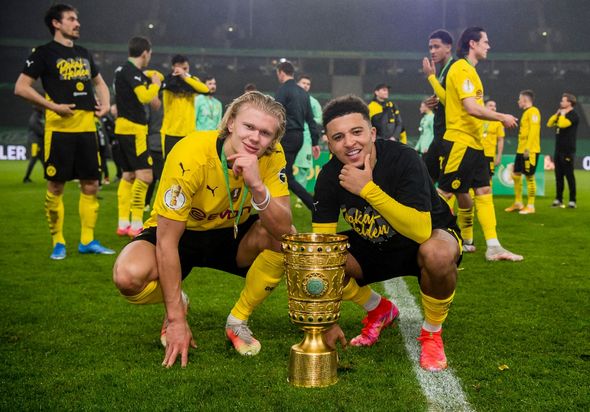 “Well, at the moment, the big question mark about any attacking player is the end product,” said Keane.

“You saw some nice touches. We obviously know his quality.

“But the end product has to be better. It comes down to his decision-making. But he has shown nice touches.

“He needs to do a little bit more if he is going to force his way into England’s starting XI.

“When he is in wide positions, his job is to get past people. Maybe he’s not been quite at the races, on that side of it, but end product he just hasn’t done enough.”