“We’ve got great faith in him as the next Michael Carrick,” Manchester United manager Ole Gunnar Solskjaer said of James Garner in February 2019 after handing the young midfielder his debut in a 3-1 win at Crystal Palace.

Two years on and Solskjaer’s side still have a Carrick-shaped hole in midfield. After the 4-2 defeat to Liverpool at Old Trafford in May, former club captain Roy Keane gave a scathing assessment of Solskjaer’s trusted midfield duo of Scott McTominay and Fred.

Even if United strengthen in midfield this summer, Garner’s certainly made a compelling case to be involved in United’s first-team squad next season, even if it is in a peripheral role, after an impressive year on loan in the Championship with Watford and Nottingham Forest.

In an exclusive interview with Sky Sports News, United’s head of academy Nick Cox tells the story of Garner’s journey, gives his verdict on his performances this season and what the future holds for the 20-year-old.

The boy from Birkenhead out to make it at United

Garner was born in 2001 in Birkenhead, an area on Merseyside just a 15-minute drive away from Anfield. He grew up in a family of Liverpool supporters, watching all of their matches with his father. Steven Gerrard was his idol, and Garner even wore Predators to be like him – something he still does to this day.

Garner joined United at the Under-8 level as a centre-back. His coaches remember the early days when “he was quite a timid little fella, very quiet and almost a little bit nervous but with a really competitive streak”, explains Cox. At 15, Garner had made the switch to holding midfield and was no longer the shy boy that arrived at Carrington. 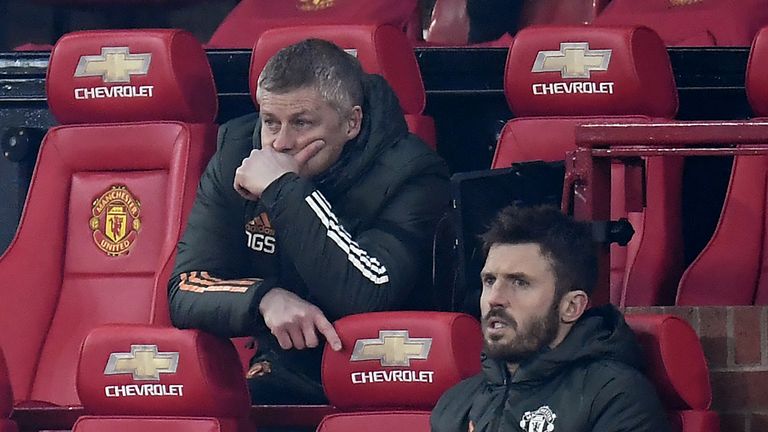 “James is doing well, but he still has a long way to go to get himself out of the shadow of Michael Carrick,” says Cox.

“As a young kid, he played a number of different positions, but I think he’s a central midfielder, he’s very good behind the play and supporting the play.

“He is very good in the build-up and as we’ve seen at Forest, he’s contributed with a couple of goals from distance as well. What he likes to do is build the play, support from behind, make the team tick and if he can contribute in the final third as well, he will do.”

But Garner wasn’t the one grabbing headlines when he came through the academy. Angel Gomes and Tahith Chong were shining bright, while Mason Greenwood was the star. “There is some talent that hits you in the face, and you can’t ignore it,” says United’s head of academy. “And then there are other players who are unassumingly ticking along nicely, maybe sometimes in the shadow of other people and they are showing determination and resilience, and it’s those experiences that prepare them to mature at the right stage and cope on the senior stage.”

Garner started to turn a few heads in his final season with the U23s, says Cox, and proved he could be a real goal threat, scoring eight times in 10 Premier League 2 appearances in 2019/20. He spent most of that season training with the first team and made six appearances for Solskjaer, capping it off by winning the Denzil Haroun Reserve Team Player of the Year award.

Why the Watford experience wasn’t a wasted one

Garner’s talent was never doubted by those inside Carrington, but there was a growing feeling before this season began that he had outgrown the U23s and needed a loan. United were fielding multiple offers before they settled on Watford.

Garner showed glimpses of his promise at Watford – starting 12 of the 20 matches he featured in – but struggled to find top form playing in a less familiar, advanced midfield role under Vladimir Ivic. Xisco Munoz’s arrival in December signalled the need for a fresh challenge as Garner figured less prominently in the Spaniard’s plans. 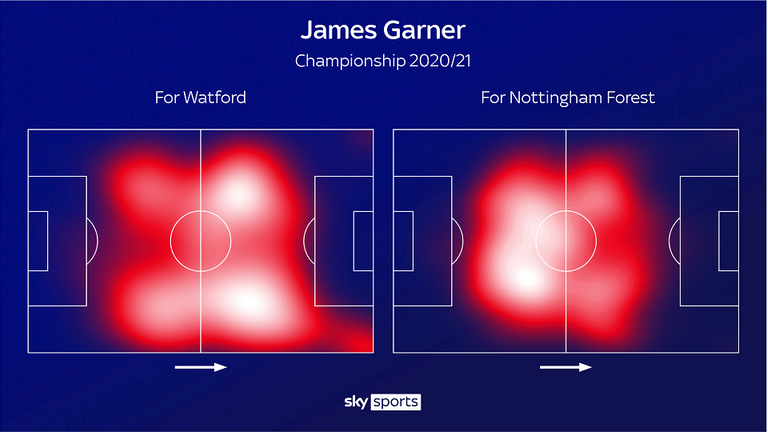 “The Watford experience wasn’t a wasted experience or even a bad experience,” says Cox. “I think when you put boys out on loan you are trying to give them some stuff you’ve never seen before, so his experience through the academy up to that point was one of playing lots of football, winning lots of games and regularly being selected.

“The experience of having to go into a team where you’re not the first choice, and you have to fight to get into the team, and stay in the team, was a really healthy one. He experienced a change of manager, he experienced what it was like to play near the top of the table, with a team that has now been promoted. Not getting in the team is a really valuable experience for a young player to have a taste of what real life is like.”

How the calculated risk paid off at Forest

While Garner’s spell at Watford was worthwhile, Cox felt it crucial his next move provided a different kind of challenge. “The secret when we are putting boys into loan clubs is to make sure that we don’t repeat the experience too frequently,” he says. When Forest made it clear they wanted to take Garner on loan, discussions focused on whether he would play regularly and suit their style of play. Cox describes it as a calculated risk – and it paid off.

Garner came to Forest when the club were only three points above the relegation zone after managing just four wins in their previous 17 games. He was returned to a more familiar holding midfield role by former Brighton manager Chris Hughton and found some real form, showing off his impressive range of passing, as well as reminding everyone of his threat from the edge of the area, scoring four goals. His influence was key to Forest safely finishing the season nine points above the drop zone. Hughton said he had been “absolutely delighted” with Garner after the midfielder scored from 25 yards on the final day of the Championship season in a 2-1 defeat to Preston. The Forest boss is keen to get Garner back to the City Ground on loan next season, and the club have reportedly opened negotiations with United.

Prutton: Garner must be master of his own destiny 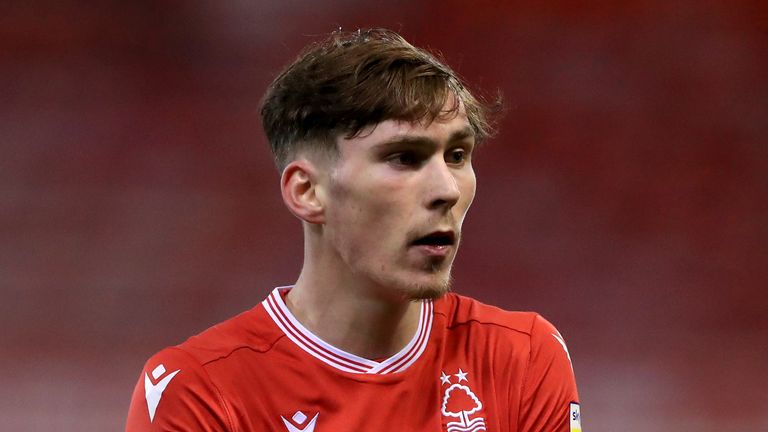 Sky Sports’ EFL presenter David Prutton was impressed by Garner this season and says his year in the Championship “provided the perfect array of learning experiences”.

“With half of his appearances at Watford coming off the bench, he would’ve been chomping at the bit by the time he went to Forest to aid their ease away from trouble,” Prutton said. “The four goals in 20 appearances coupled with his obvious comfort in possession and ability to both get around the pitch and contest physically were traits Forest enjoyed immensely.

“Next season is most intriguing. An appreciation and an emphasis on youth so prevalent at United under Solskjaer should fill James with hope and excitement. If it is to be another season on loan then the ball remains firmly in James’ court to continue to perform, to train hard, set his own standards and be the master of his own destiny.

“As ever, timing, luck, coincidence and good fortune all play their part so when the call comes, James has to be ready. He strikes me as the type of player and person who will be.”

Solskjaer is set to assess Garner’s development over pre-season before taking a decision on the young midfielder’s future. Rangers, Brighton and Norwich are said to be interested in signing him on loan next season, with reports also suggesting a spell abroad is an attractive option for United.

Cox is keen to temper expectations of the 20-year-old at this stage, but is optimistic Garner has a bright future ahead, wherever that may end up being.

“I think this year, with the second loan spell at Forest, he’s showing people that he’s maturing into an accomplished player who at this stage, you don’t want to go overboard, but you could say he is crafting himself a career,” says Cox. “He’s showing that he’s got the capabilities to play at a high level for a duration of time, without quite knowing where that ability will take him quite yet.”

Tags: be, could, Garner:, he, James, THE
You may also like
Latest Posts