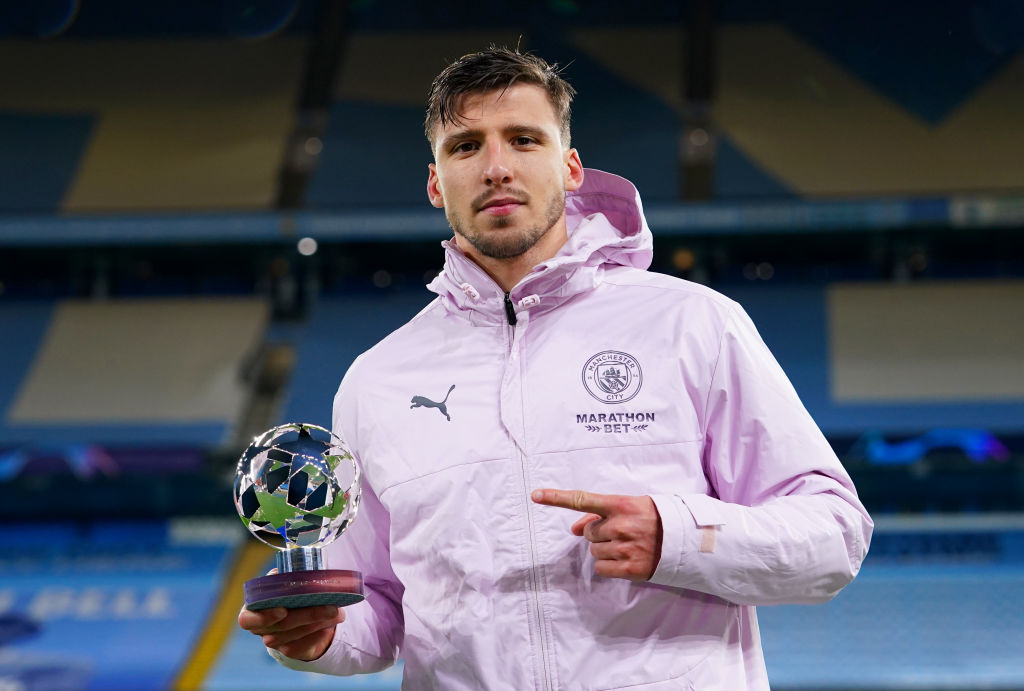 Jamie Carragher waxed lyrical about Ruben Dias’ performance after Manchester City overcame Paris Saint-Germain to reach their first Champions League final and said the centre-back was currently the ‘best by a long way in the Premier League’.

Riyad Mahrez netted in both halves to secure City a comprehensive 4-1 aggregate victory over their visitors and Pep Guardiola’s defence put in a heroic shift at the Etihad, throwing their bodies on the line to thwart an increasingly exasperated PSG attack.

Angel di Maria was given his marching orders for a petulant stamp on City captain Fernandinho in the 69th minute and the red card kick-started a mini-implosion from the Ligue 1 champions as a series of mindless fouls and scuffles followed.

Central defender Dias, who has been a revelation since arriving from Benfica for a fee of around £62million last summer, deservedly came away with the man of the match award for his inspired showing at the back alongside John Stones. 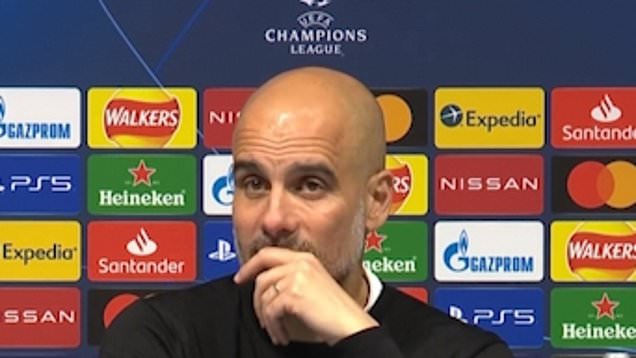 The Portugal international appeared an immovable object throughout against the likes of Neymar, Di Maria and Mauro Icardi and Carragher talked up the comparisons to Virgil van Dijk as he analysed his display for CBS Sports.

The former Liverpool and England centre-half even said he was ‘more impressed’ with Dias given he has not been blessed with the same ‘physical attributes’ of a player like Van Dijk.

‘I love him. I think he’s been the best player in the Premier League this season, I really do believe that. I think he’s had a huge effect on Manchester City,’ Carragher said.

‘John Stones next to him is 27-28 and you feel like it’s the other way around with John Stones and that’s no disrespect to John Stones. Just looking at the stats, 31 clean sheets this season and you’ve got to go back to the 28th minute of the first leg for the last time PSG had a shot on target.

‘In the other semi-final you’ve got two of the greatest centre-backs of their generation hopefully playing in Thiago Silva and Ramos, they’re coming towards the end. We have seen Van Dijk over the last couple of years win the Champions League. I think the new breed is coming and this guy [Dias] is a massive part of it.

‘The biggest thing for a centre-back, in terms of body position, I think he’s the best by a long way in the Premier League.’

Asked whether Dias can reach the level of Van Dijk, Carragher replied: ‘Without a doubt.

‘I think in his first season that he has produced at Man City, I think he’s at that level. What I would say is that Van Dijk has been blessed with physical attributes that Dias hasn’t so in some ways I’m more impressed with Dias.

‘When you watch Van Dijk, it’s like watching a Rolls-Royce, you just think the way he moves.

‘Most players don’t have that and Dias probably hasn’t got that so probably has to concentrate more and be side on constantly.’

In his post-match interview, Dias emphasised how City have tended to ‘step up’ in the most ‘difficult times’ across their campaign.

‘Football changes quickly and you need to be ready for any changes, especially with this PSG team. It can change very fast so we were ready for it,’ he said.

‘I think you saw the real character of our team when we went into half-time in Paris losing 1-0 and then we put on a show.

‘I think that says the most about our team. When the difficult times come we step up.’

He added: ‘It helps having Kevin De Bruyne in the team. It helps having Phil Foden, Riyad Mahrez, Fernandinho, Gundogan, Bernardo Silva, all four at the back, the goalkeeper.

‘It helps having Sterling and Gabriel Jesus on the bench to come in and many others that didn’t even come in.