Manchester United’s win over Manchester City proved Aaron Wan-Bissaka is the best one-on-one full-back in world football, says Liverpool legend Jamie Carragher. Wan-Bissaka has earned rave reviews for his performance in the 2-0 win over City at Old Trafford on Sunday. The former Crystal Palace right-back kept Raheem Sterling quiet for the majority of the Manchester derby.

Carragher believes the next time City play United, manager Pep Guardiola should play Sterling on the opposite flank to Wan-Bissaka.

The Sky Sports pundit claims he cannot see any winger in world football getting the better of Wan-Bissaka in a one-on-one situation.

“What can Pep do next time?” Carragher said while analysing footage on Monday Night Football.

“I think something he’s got to do is not put Raheem Sterling up against Wan-Bissaka, and I’ll show you why. 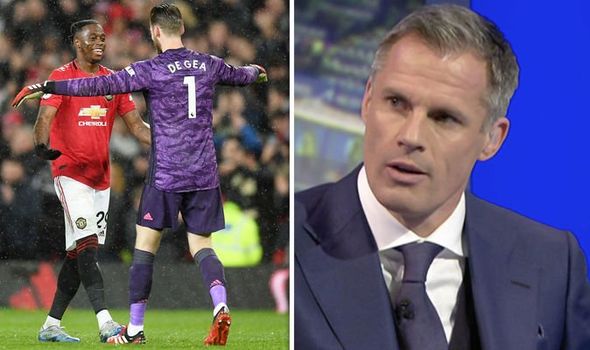 “Wan-Bissaka is almost like ‘run at me, bring it on’.

“Raheem Sterling is possibly one of the best three or four wide-left players in the world.

“In that position, I think against any other full-back in the Premier League, maybe Europe, Raheem Sterling’s away.

“The reason he’s away is his pace but actually see the way he’s leaning into Wan-Bissaka, he’s leaning in because he’s a very strong boy, Raheem Sterling, and he’d be away.

“But even when he gets past him, look at this leg coming from nowhere.

“I actually think Wan-Bissaka is the best one-on-one defender for a full-back in the world.

“I don’t think anyone will be able to get the better of him one v one.” 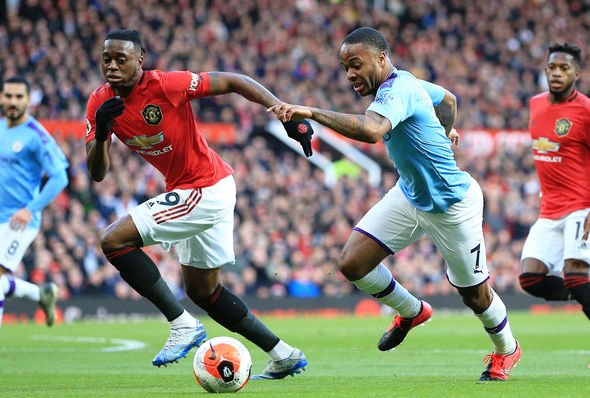 The win means United are fifth in the Premier League table and just three points behind fourth-placed Chelsea.

And manager Ole Gunnar Solskjaer was left delighted with both the performance and result.

“The result is always the deciding factor,” Solskjaer said.

“I’m so happy with a win and another three points. The performance was as expected against them because you know that you have to defend well.

“The first 15-20 minutes were harder than maybe we should have made it.

“We started hurrying them and harassing them higher up and created chances, we had some big ones.

”It’s a privilege to have players like this. The desire and work-rate, that’s what I think the fans love about these players.

“To see the connections between the players, the team and the fans today – what an atmosphere.

“At the end, seeing everyone in the stands. You turn around and you see Sir Alex [Ferguson] up there, he is proud and it’s a big moment for every one of us.“