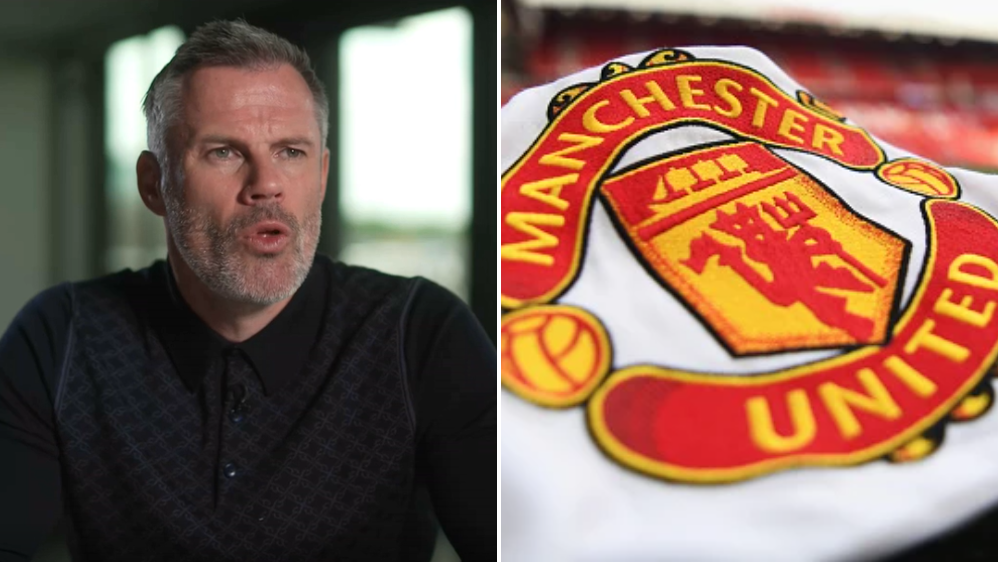 United continue to work on a deal to sign De Jong but the Netherlands midfielder is reluctant to leave Barcelona despite his relationship with former Ajax boss Ten Hag.

The Red Devils have already agreed a deal with Barca but need to convince De Jong to end his spell at the Nou Camp and join Ten Hag’s United squad.

Liverpool legend Carragher believes signing De Jong would be a real coup for United but has warned the club that they face a major battle to secure a top-four finish next season.

Manchester United have signed Christian Eriksen and Tyrell Malacia so far this summer but further reinforcements may be needed if the club are to close the gap on Premier League rivals Manchester City, Liverpool and Chelsea.

‘It will be interesting if Manchester United get Frenkie de Jong,’ Carragher told Sky Sports.

‘I do think he’s a top-class player and I think he would make a huge difference for them.’

Asked if he was ‘nervous’ that Manchester United could challenge for the Premier League title in Ten Hag’s first season at Old Trafford, Carragher added: ‘I wouldn’t say nervous.

‘I think there’s a long road for United that they’re on at the moment in terms of challenging for the title.

‘I think the first thing when it comes to Ten Hag and the players they’re bringing in will be, “we need to get this club back in the Champions League where it belongs”. That’s where Manchester United should be.

‘They’re one of the biggest clubs in the world, never mind this country, so to not be in the Champions League just doesn’t feel right, not when United are in the Europa League.

‘So I think that’s the first thing and I think once United do that, then it’ll be looking at the title in the next couple of years.

‘You’d expect [Manchester] City and Liverpool to do it because they’re always going for the title, but you look at how strong Chelsea will be and the signings they’re bringing in, Tottenham’s work as well, Arsenal also.

‘So I think competitively now in terms of getting in the top four, it’s really tough, and it’s proven that way for a lot of Manchester United managers with great CVs in the past.