Joao Cancelo takes time out to feed a giant tortoise, ripped Sergio Ramos flexes in the Paris sunshine and Mo Salah poses for a selfie ahead of his return to Liverpool… footballers enjoy the final few days of their summer breaks ahead of the new season

It may be just mere weeks before the new football season kicks off, but some of Europe’s biggest names are still sunning themselves on their summer holidays.

Ahead of a what’s set to be hectic season where the top players will be competing in both domestic duties and a winter World Cup, the stars are taking advantage of any break they have before they return to their clubs.

Some clubs have already returned for pre-season training but those involved in international fixtures this summer – or whose domestic leagues start later –  have still got their feet up. 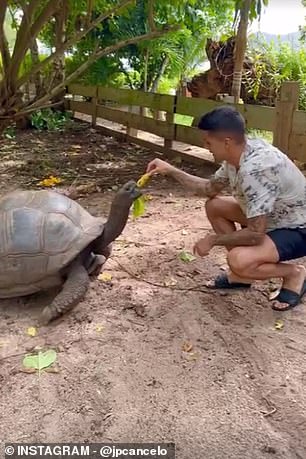 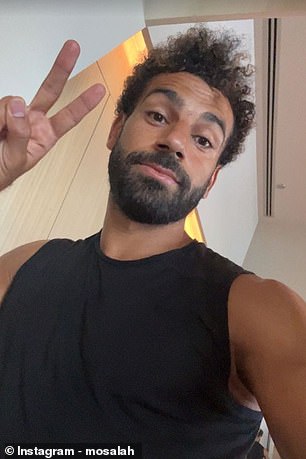 Manchester City defender Joao Cancelo is one of those. He will be ready to meet some new team-mates when he heads back to the Etihad, but has already found a new friend while holidaying in the Seychelles.

The Portuguese Premier League winner will be hungry for success in 2022-23, and he made sure a giant tortoise was full on snacks by feeding him some nutritious fruit.

Meanwhile, Cancelo’s title rival Mo Salah seems to have put the disappointment of seeing Sadio Mane depart Anfield behind him, by posting a cheeky selfie from his holiday villa.

The Egyptian faces the daunting task of delivering more silverware for Jurgen Klopp’s side and will need to form a bond with new boy Darwin Nunez quickly to have any chance of toppling City.

Over in Paris, Sergio Ramos could be seen getting ready for PSG’s forthcoming campaign back home. 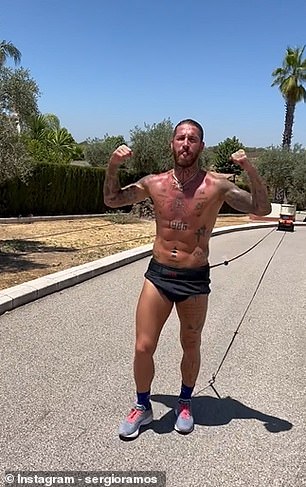 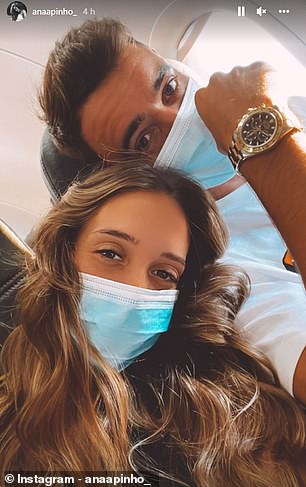 The veteran Spanish defender completed some battle runs and showed off the chiseled results on his Instagram account.

One man whose holiday has come to an end is Manchester United playmaker Bruno Fernandes.

The influential midfielder enjoyed a family break in Spain but was seen flying home with wife Ana Pinho in her latest Instagram story.

Fernandes’ United team-mates are already back in pre-season training under new manager Erik ten Hag and the Portuguese midfielder will be desperate to prove his credentials to the Dutchman.