‘He wanted to sign me at Chelsea’: Spanish veteran Joaquin reveals the reason behind his hug with Roma boss Jose Mourinho following Europa League substitution… as the 41-year-old also claimed that this is his last season playing football

Spanish icon Joaquin has claimed that Jose Mourinho tried to sign him when he was the manager of Chelsea.

The pair recently faced off against each other in the Europa League and, upon Joaquin being substituted, they shared a hug.

Talking about the embrace after the game, the 41-year-old revealed their admiration for each other and claimed that Mourinho even tried to sign him in years gone by. 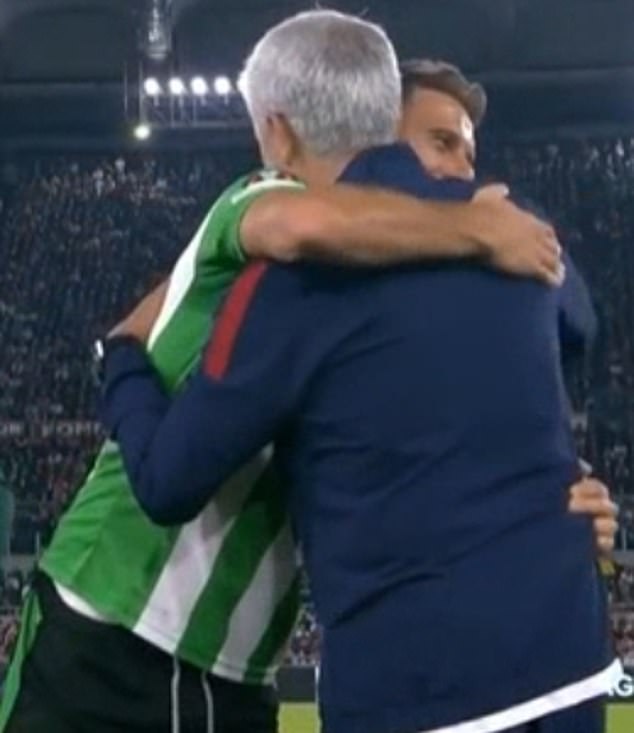 ‘He wanted to sign me’: Joaquin, left, and Jose Mourinho, right, sharing a hug during the game

Speaking to DAZN, the veteran midfielder said: ‘I respect Mourinho and his career, I am proud that he hugged me because it means that he feels the same.

‘Once, he wanted to sign me at Chelsea,’ Joaquin revealed.

Mourinho managed Chelsea during two different spells. The first from 2004-07 and the second from 2013-15. It is likely that the Portuguese would have been after Joaquin during his first stint in charge.

Known for his speed and hard work down the wing, it is easy to see how Joaquin would have been a player that Mourinho would have utilised well at Stamford Bridge. 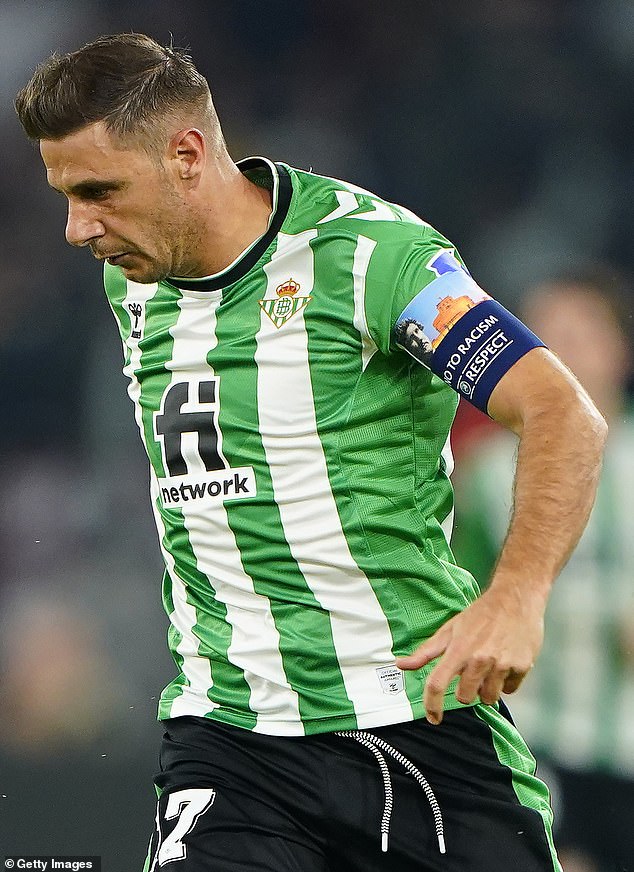 The Betis man continued: ‘We’ve known each other for a long time, we hugged each other and said nice things. He is an important man’

‘If someone who didn’t know him came along, there’s no way they would think he’s 41 years old. I have a lot respect for him.’

Real Betis ended up securing a valuable 2-1 away win against Mourinho’s Roma, securing the victory with an 88th minute winner.

After the game, Joaquin also said that this is his final year in football – but whether or not Betis could coax him into another season is yet to be seen. 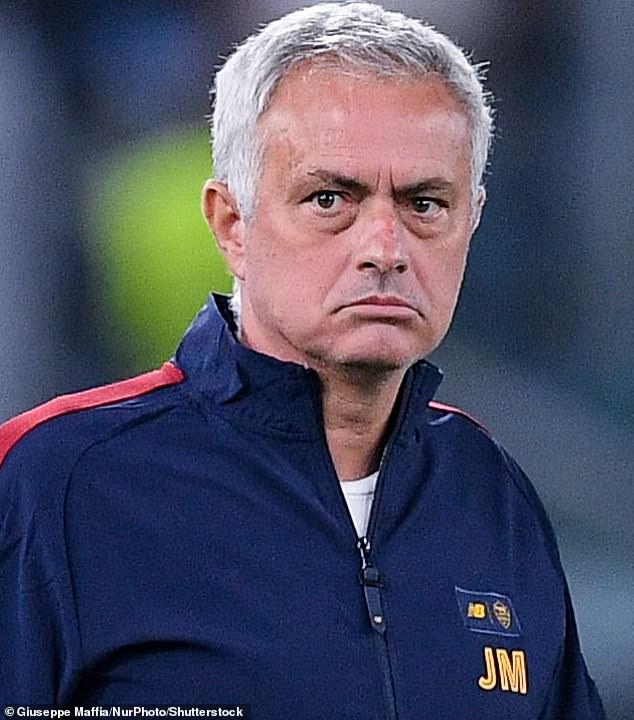