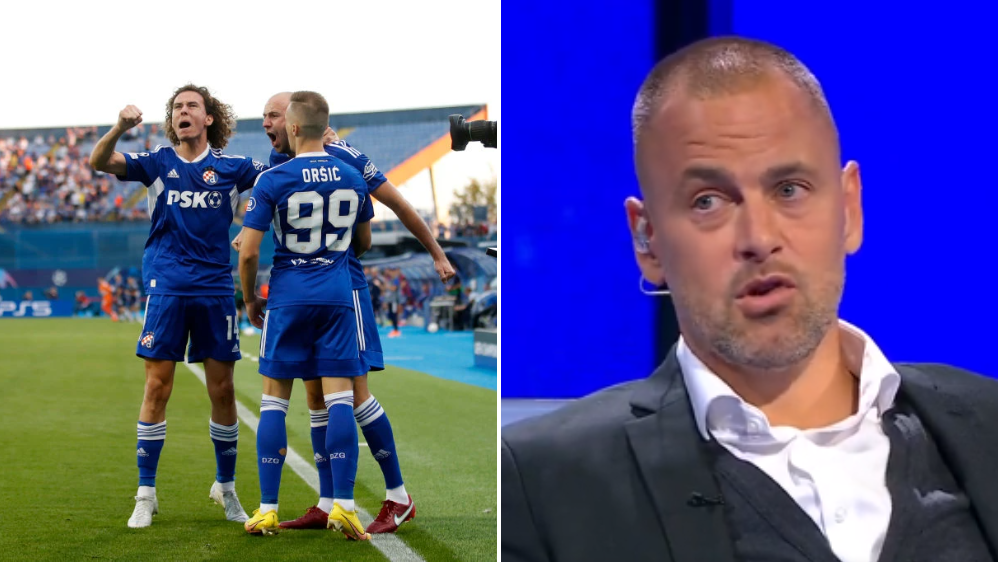 Joe Cole criticised Kalidou Koulibaly and Hakim Ziyech after Chelsea lost their opening Champions League fixture on a ‘bad night for the club’ against Dinamo Zagreb.

The Croatian champions had won just five of their 43 Champions League games before this meeting but frustrated Chelsea after taking an early lead.

Asked to assess Chelsea’s performance, Cole told BT Sport: ‘Where do you start? The guys at the back have got to pull it together as soon as possible.

‘People will look at the goal but we could have pulled out countless examples where Koulibaly was the wrong side of his man. For a 31-year-old defender, he needs to get up to speed quickly.

‘At the other end of the pitch, is there a lack of confidence? The only positive for Thomas Tuchel is there were a lot of players knocking on his door before this asking why they’re not playing and saying they want a chance.

‘Those players have come in tonight and haven’t taken their chance so at least he can tell them now that’s why they’re not playing.

‘Ziyech, he’s got a lot of talent but for one reason or another it’s not clicking for him at Chelsea.

‘He wasn’t at his best and he hasn’t been at his best. He’s trying hard and trying to make things happen but it’s not happening for him.

‘It’s a bad night for the club. It’s a massive shock.’

Following a surprising defeat in Croatia, Chelsea cannot afford too many more European slip-ups if they have aspirations of reaching the knockout stages and potentially even adding to their two Champions League titles.

Chelsea’s underwhelming performance should not have come as a huge surprise, however, with Thomas Tuchel’s side largely flattering to deceive this season.

Tuchel said: ‘It’s an underperformance from us. We have the same story as always.

‘We have an OK start, we don’t finish our half chances, we don’t feel it when the game is already there to put to bed in the first 15/20 minutes.

Asked to identify his biggest frustration after the Dinamo Zagreb defeat, Tuchel added: ‘Too much to analyse. I’m a part of it.

‘We are clearly not there, where we need to be and where we can be. So it’s on me, it’s on us, we need to find solutions. At the moment, everything is missing.’