‘I’ll have to be at my best to earn a spot in the starting XI here’: Former Crystal Palace and Derby midfielder Joe Ledley joins A-League side Newcastle Jets until the end of the season

Ledley links up with former international colleague Carl Robinson, who was appointed Jets head coach earlier this month, until the end of the season.

‘I’ve come here to play, and I know I’ll have to be at my best to earn a spot in the starting XI here in Newcastle,’ Ledley told the official Jets website. 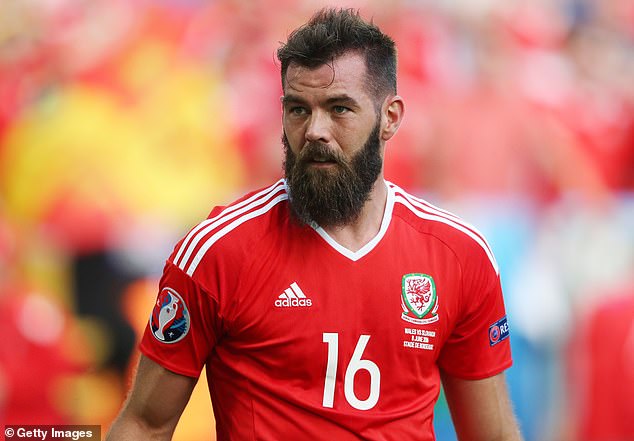 ‘I’ve only been to Australia once before, for a pre-season tour with Celtic back in 2011, and I’m really looking forward to the challenge of the Hyundai A-League.

‘The opportunity to work under Carl is one that I’m also looking forward to, we crossed paths in a few Wales camps when I was a youngster and to have the chance to link up with him again is exciting.’

Ledley, 33, began his career with hometown club Cardiff before joining Celtic, where he made over 150 appearances and won three Scottish Premiership titles. 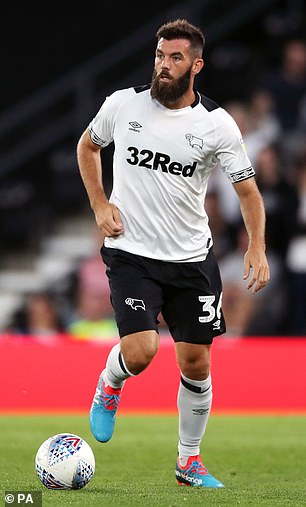 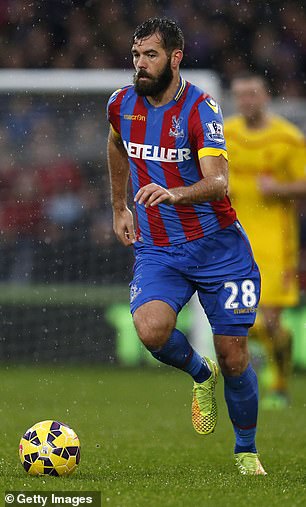 The 33-year-old has played for the likes of Derby (left), Crystal Palace (right) and Celtic

He went on to play for Crystal Palace, Derby and Charlton and won 77 caps for Wales, helping his country reach the semi-finals of Euro 2016 in France.

Robinson said: ‘Joe’s record at club and international level speaks for itself, he’s a class player and to have him here at the Jets for the remainder of the season is great.

‘He’s the type of player who will really help our younger boys out, plus he’ll add a different dimension to our game and I think he’ll have a good impact.’