Match-winner Joe Willock is confident Newcastle can complete their Premier League survival mission after nudging them towards the finishing line.

The 21-year-old Arsenal loanee was a frustrated man after missing out on a place in Steve Bruce’s starting line-up for Saturday’s clash with West Ham at St James’ Park, but provided the perfect response when he scored the decisive goal in a 3-2 win seconds after being sent on.

Victory sent the Magpies nine points clear of Fulham inside the relegation zone with just six games left to play, and while the 35 points they have accumulated to date may not yet be enough, Willock is confident that salvation is within their grasp. 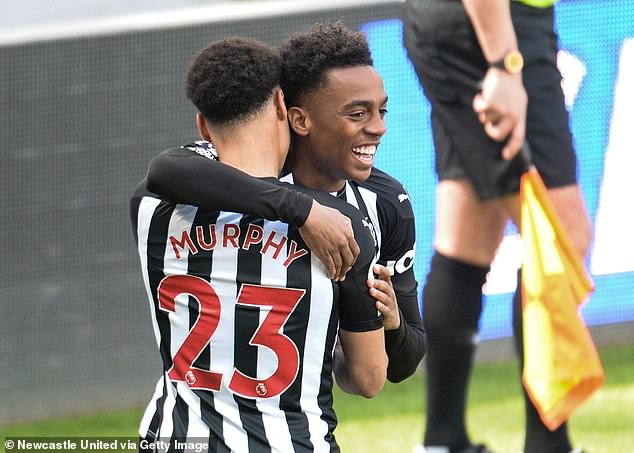 He told NUFC TV: ‘It’s massive, nine points – and I saw the teams’ fixtures below us and they are not easy fixtures they’re going into, so hopefully it breeds even more confidence in the lads.

‘Hopefully we can continue like this and be safe.

‘We knew we needed to get nine points ahead of the pack and to do that, we had to get a win, so I’m happy that I could help the team again.’ 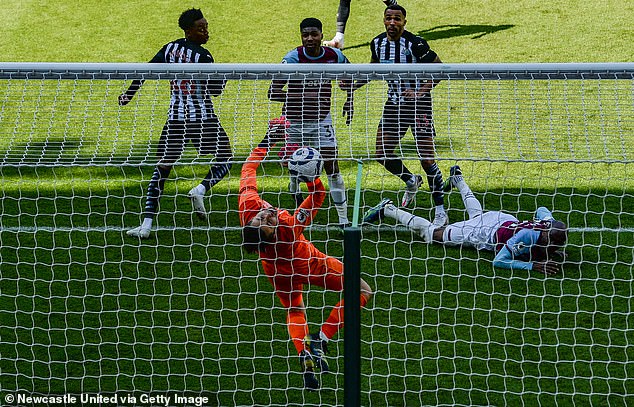 Willock scored an 82nd-minute winner, seconds after coming on, to boost Newcastle’s hopes

Willock’s 82nd-minute intervention ultimately settled a rip-roaring encounter which lurched one way and then the other on an eventful afternoon on Tyneside.

Inspired by mercurial Frenchman Allan Saint-Maximin, who was starting for the first time since February 27 after recovering from a groin injury, they capitalised on a catastrophic five minutes for the Hammers as the first half drew to a close to take a stranglehold on the game.

Issa Diop’s own goal, which was followed by a red card for fellow defender Craig Dawson – the inevitable consequence of a second bookable offence during the build-up – was compounded by a howler from keeper Lukasz Fabianski which handed Joelinton a second on a plate. 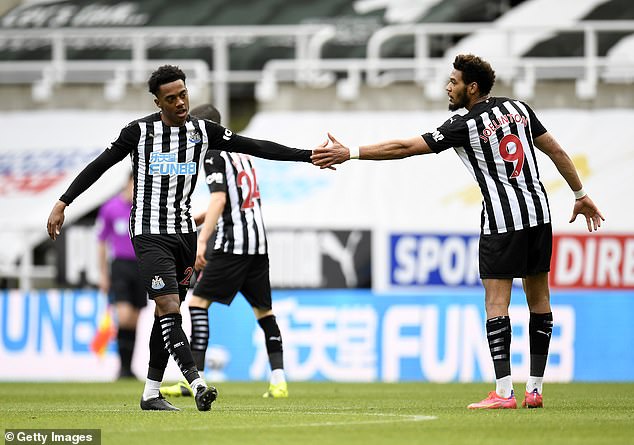 However, the 10 men responded after the break as the Magpies retreated, and Diop’s 73rd-minute header and a Jesse Lingard penalty had them back on terms and preparing a push for a winner with 10 minutes remaining.

It was then that Willock struck with his third goal for the club in nine appearances to leave head coach Bruce, who had earlier seen Saint-Maximin limp off with an ankle problem which will be assessed this week, singing his praises.

Bruce said: ‘He’s a hell of a player, a great lad. We’d love to keep him here, that’s for sure.

‘He’s the type of player that you’d love to build your club around. Whether that’s possible, I’m not so sure, but he’s had a big impact and to get a third goal is great for him.’ 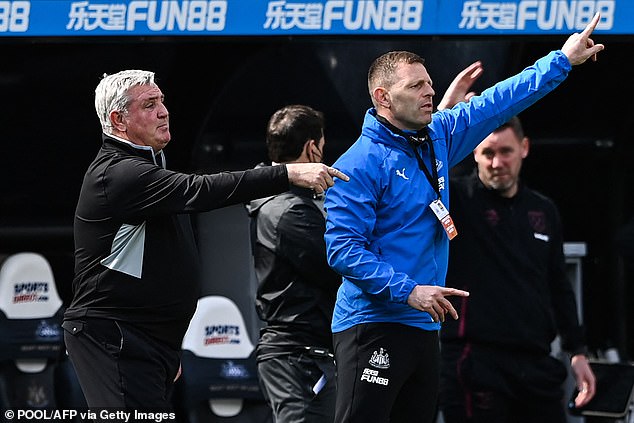 Opposite number David Moyes, whose side would have gone third in the table with victory, nevertheless remained bullish.

He said: ‘The players stuck to their task, so it’s not a big drama. We’re not going to make big issues out of it.

‘We’ve had some great results this season. This one wasn’t so good, but we came very close to getting a result, I’ve got to say.’

Tags: eager, get, J, Joe, THE, to, Willock
You may also like
Latest Posts