Promoted Forest last week beat off competition from West Ham to secure the England and Manchester United star’s services on a one-year contract. 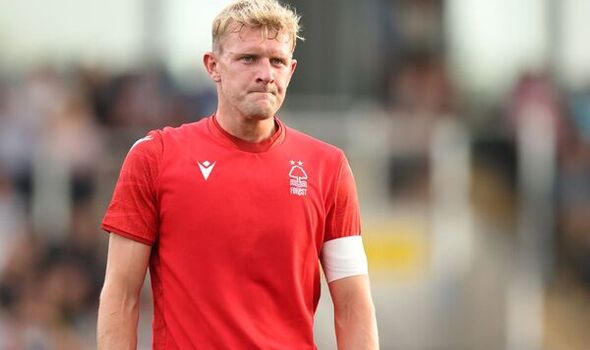 Centre-back Worrall said: “Everybody knows how good a footballer Jesse Lingard is.We are absolutely buzzing to have him at the club.

“To have somebody of his calibre, it should be the norm for a club like Nottingham Forest. We have had many England international players through the years such as Stuart Pearce, Des Walker and Peter Shilton.

“These are players who are in the archives of football, never mind Forest.That is the level we are aspiring to.

“Back in the day Forest were used to having international players playing for them.

“Jesse is one of those players who is very highly talented. He is somebody who comes with a lot of experience and has proven at international and Premier League level that he can score goals.

“He spent a season out of the picture at United but went to West Ham on loan and showed his quality straight away.”

Lingard is one of 11 new faces at the City Ground in a near £100million spending spree, with Stuttgart’s Belgium midfielder Orel Mangala also set to sign.

Worrall added: “We need to go for the jugular, because teams that sit back and opt for damage limitation normally get punished in the Premier League.”