It was put to Steve Bruce ahead of Tuesday’s FA Cup tie at West Brom that Joelinton may not score another Premier League goal this season yet could still emerge as a Cup hero.

The Newcastle boss, skilfully, replied: ‘Your words, not mine.’ To welcome such a scenario would have been asking for trouble, and Bruce knew it.

For £40million club-record signings are not brought in to nick the odd Cup goal against lower-league opponents. 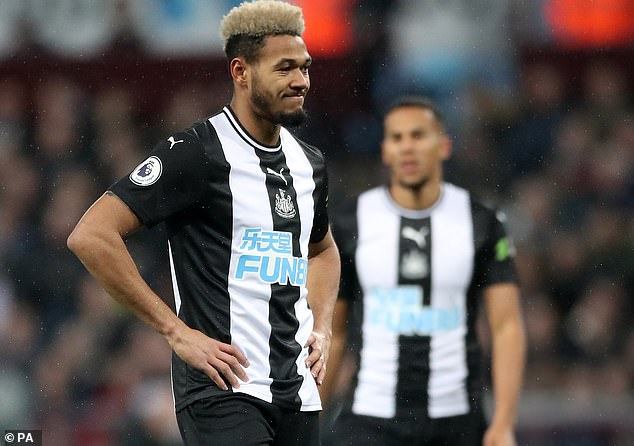 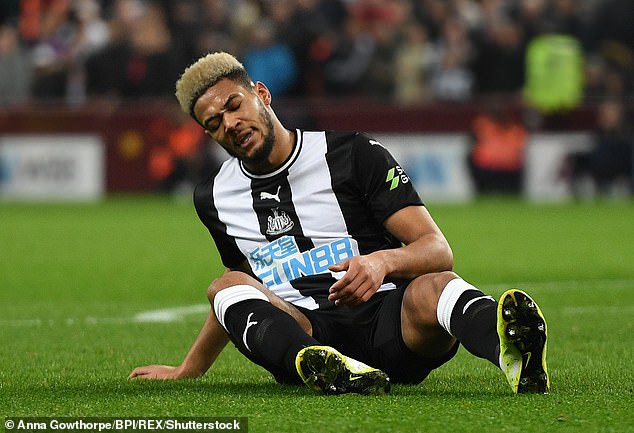 But, over the course of six months, that is all Joelinton has to his name – the fourth goal in a 4-1 victory over League One Rochdale and another in a 3-2 win at Oxford, also of the third tier.

Against Premier League opponents, meanwhile, he has gone 33 hours and 44 minutes without netting. Four more barren games and that will be £1million for every scoreless hour.

You cannot even blame the player anymore, it’s gone past that. Rather, he simply should not have been bought in the first place, and especially not at such great expense, a fee almost double that of anything Newcastle had ever paid previously. It has been a staggering misjudgment. 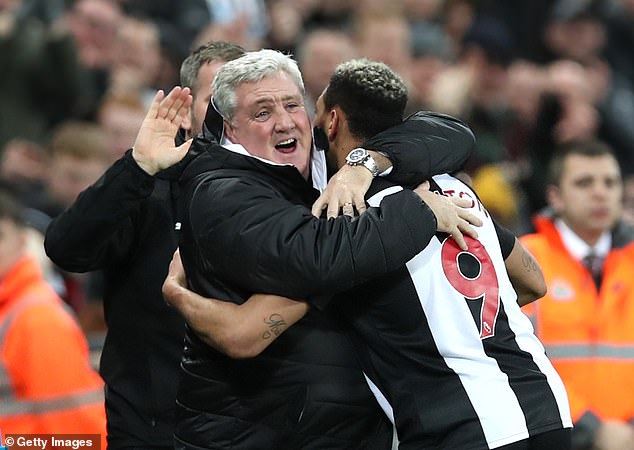 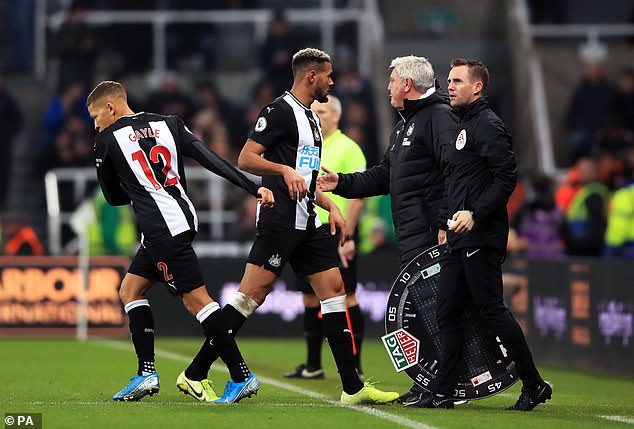 So who is to blame? Steve Nickson was the chief scout lauded with doing the spade work at the time of the Brazilian’s arrival, watching him close to 30 times for German club Hoffenheim.

Mike Ashley signed the cheque and even made a rare visit to Tyneside to meet the player, later declaring he would have put in £20m of his own money to get the deal done, so excited were they about his potential.

Lee Charnley was the managing director who recommended to Ashley the deal should be done on the say-so of Nickson and his scouting team, for they had left no stone unturned.

And Steve Bruce was the manager parachuted into the club in July who claimed he had signed off on the transfer and insisted Joelinton was his acquisition. It was not, of course. He was coming in regardless. Bruce was left in a difficult position and, in hindsight, was naive to take ownership. 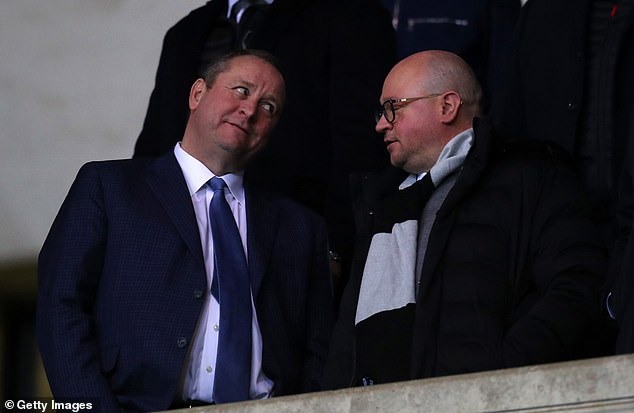 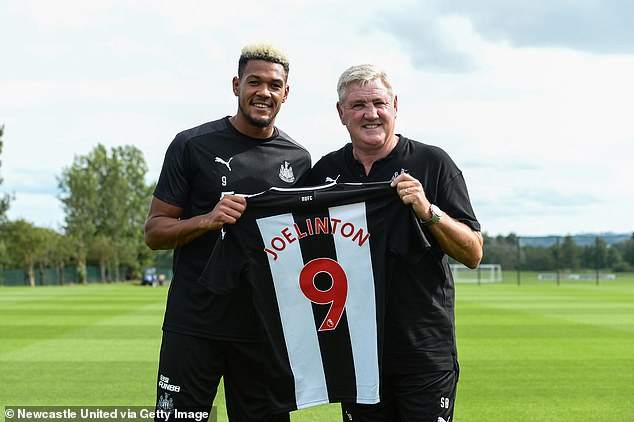 For what has unfolded is the worst piece of transfer business in recent Premier League history. It is unprecedented, a £40m striker who has scored one goal in 28 league appearances.

To compound the calamity, Bruce now claims his best position is not as a central striker, but wide on the left.

‘He’s not a natural goalscorer,’ he said last month. ‘But because of the problems we’ve had with injuries, we’ve had to use him as a No 9.’

It was at this point that Bruce was reminded Joelinton literally wears No 9. He was not signed as a defensive left-winger, the role he effectively played during Saturday’s goalless draw with Burnley. He was signed as a goalscorer, a player they thought would potentially be worth double their initial outlay given a couple of good seasons in the Premier League.

To Ashley, he was a roulette chip, a gamble, he’d been sold a dream of making a handsome profit. On the evidence of this season it would not be a surprise were Joelinton back on loan in the Bundesliga next year with a view to an undisclosed permanent, for making public his current market value would no doubt be a source of great embarrassment for Newcastle.

There seems little mileage in persevering, either. We have seen enough of him to know what he is and what he isn’t, regardless of calls to allow for acclimatisation. 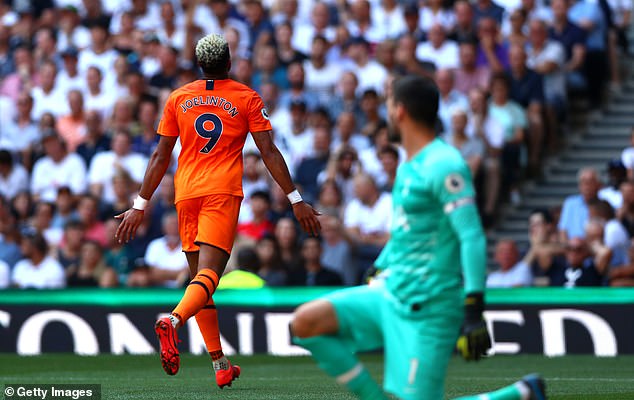 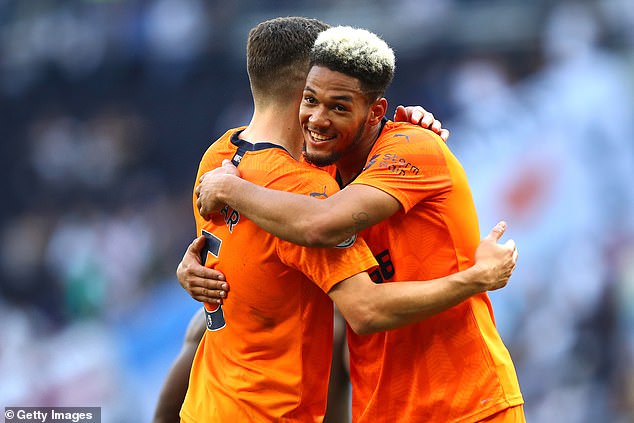 Since then, the 23-year-old has gone 33 hours and 44 minutes without scoring in the top flight

In his defence, there has been some nice hold-up play around halfway and he never misses a match. In criticism, that is his only defence. For every other aspect of his centre-forward play is so badly lacking. Most damningly, he does not even get chances to miss.

Newcastle can only hope their error of judgement does not cost them their top-flight status. Indeed, it is mystifying as to how they are still five points clear of danger given Joelinton’s return and a team total of just 24 goals, the lowest in the division.

Sportsmail wrote in the wake of Saturday’s stalemate – a fourth straight game without a goal – that the club’s decision not to sign a striker in January bordered on incompetence and negligence.

Sadly, it is beginning to look as if the same can be said of the one deal they could not afford to get wrong. 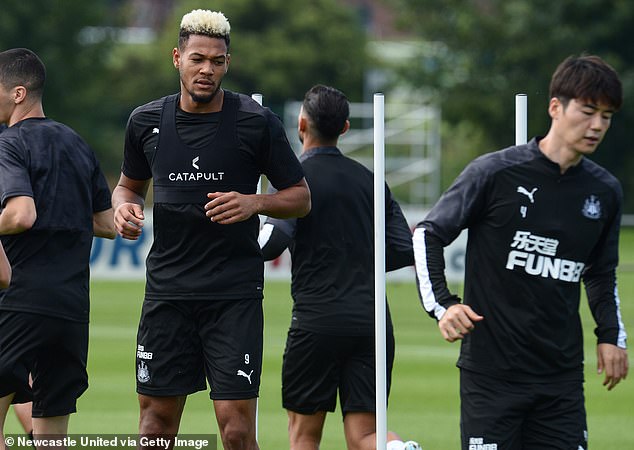 Tags: is, Joelinton, THE, transfe, WORST
You may also like
Latest Posts