Joey Barton has opened up to Sky Sports News to discuss his stint at Rangers, why Steven Gerrard is on course to become a top manager and how Celtic will respond to missing out on 10 titles in a row.

Barton arrived at Rangers in 2016, signing a two-year deal at Ibrox, turning down the opportunity to play for newly-promoted Burnley in the Premier League. He had his sights set on winning Rangers’ 55th Scottish top-flight title.

Six months on from his arrival, the former Manchester City, Newcastle and QPR midfielder’s contract was terminated. It wasn’t to be for Barton and Rangers, but he still holds fond memories of the club. 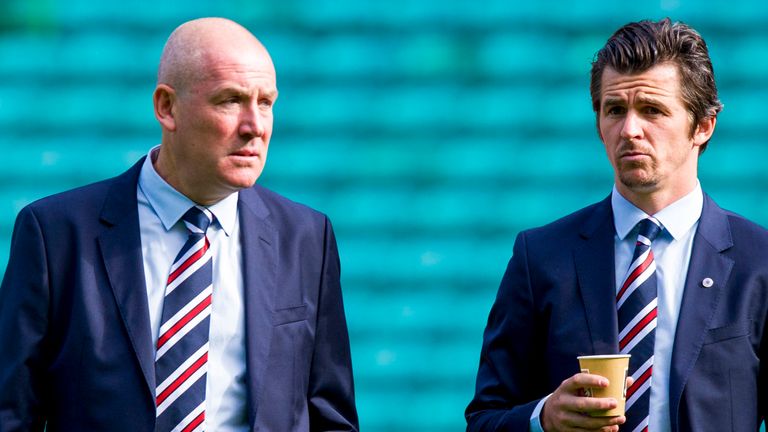 “It obviously didn’t work out for me up there, it didn’t go the way I’d seen it going in my head. But that was the plan, that was the way it was meant to be.”

Two years later, another Liverpudlian who made his name in the Premier League arrived at Ibrox.

“Stevie [Gerrard] then goes up there, a player who I played against multiple time, he’s from the same part of Liverpool as me, somebody who I idolised as a player,” said Barton.

“What a player, arguably one of the better players that has ever come from these shores. On my managerial journey, he’s helped me out.

“To see them get the 55 and what it means to them, and the passion for their club is incredible.

“For it to be Stevie in his first job, I think what an incredible job he’s done. I’ve watched it unfold because I’ve lived in the hot house for a period, and obviously we started our managerial journeys about the same time, and you want them to do well.”

Gerrard’s achievements in Scotland have garnered a lot of attention in England, especially in Liverpool. It’s only his first managerial role, but talk is growing that he will one day return to Anfield – where he has already achieved legendary status as a player – and take over from Jurgen Klopp as manager. 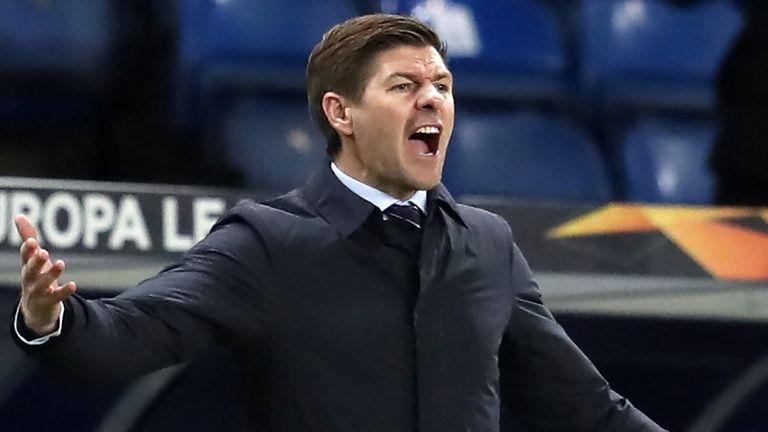 “I think he’s on that pathway to becoming a top manager,” said Barton.

“For a Scottish side to have done as well as they have in European competition, they deserve massive credit for that.

“Stevie’s done incredible things as a player, but I think it will sit right up there. It must make him proud as a manager.

“The price of greatness is responsibility and Stevie went up to Rangers and took on that responsibility. I think off the backside of it he’s achieved greatness.

“To be the manager that gets them back to the first title, and 55, that’s history. He’s already got it all at Liverpool and in English football, but he now gets that in Scotland and I know just how special that can be, and I’m so happy for them all.”

Barton knows from his short spell in Glasgow just how big the task was for Gerrard – not only stopping Celtic’s period of dominance but dealing with the pressure and expectation from the Rangers faithful. 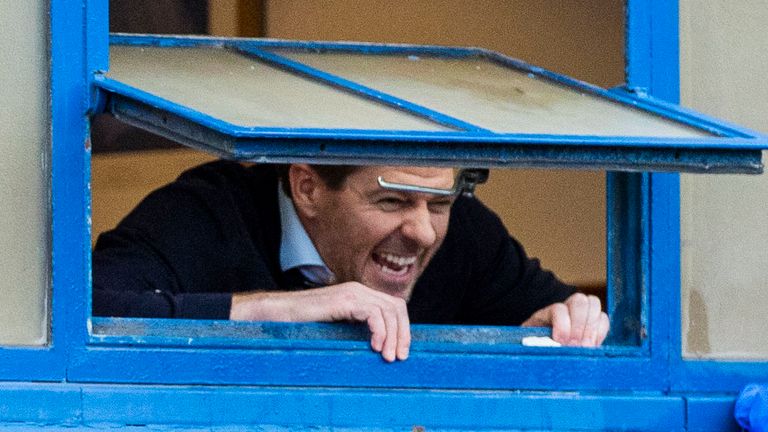 “If you finish second in Scotland in the cups or the league it’s nothing,” he said. “It’s different up there you’ve got to win, it’s about winning, and they’ve won this year.

“They’ve closed the gap and overthrown them, which is phenomenal achievement.”

‘Celtic will respond – all great clubs do’

Barton thinks Rangers winning the title is a good thing for Scottish football and will create a fascinating spectacle next season as Celtic seek revenge on their Old Firm rivals.

“Well done to Celtic for winning nine in a row, phenomenal achievement,” Barton said. “But I think both having won nine in a row in their histories sets it up lovely for the future.

“It’s an incredible rivalry, and it’s a special football rivalry and it’s fully ignited it again back in Glasgow. The Old Firm is alive again, which I think is good for Scottish football, it’s good for British football and long may it continue.

“Celtic will respond because that’s what all great clubs do. They respond to a challenge. A wounded animal is very dangerous.

“Rangers have got to celebrate and let the dust settle on the 55. They’ll know what’s coming down the track from their rivals and they’ll be fully prepared.”