‘If he had any shame at all, he’d be hanging his head’: John McGinn is slammed as an ‘unmitigated disgrace’ by Leeds fans after Aston Villa star’s ‘stupid tackle’ leads to 16-year-old Archie Gray being taken off on a stretcher in tears

And although Villa went on to win the game 1-0 courtesy of a Danny Ings second half strike, the game was overshadowed by an injury to Gray, 16, after McGinn’s challenge left him stretchered off in tears.

And Leeds fans have taken to Twitter to vent their rage at the Scottish midfielder, who many claim should be ashamed of such a challenge in a pre-season friendly tournament. 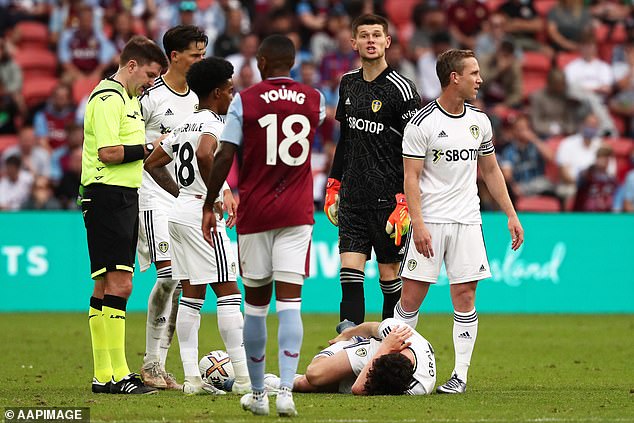 The game was soured after Leeds youngster Archie Gray, 16, was forced off on a stretcher 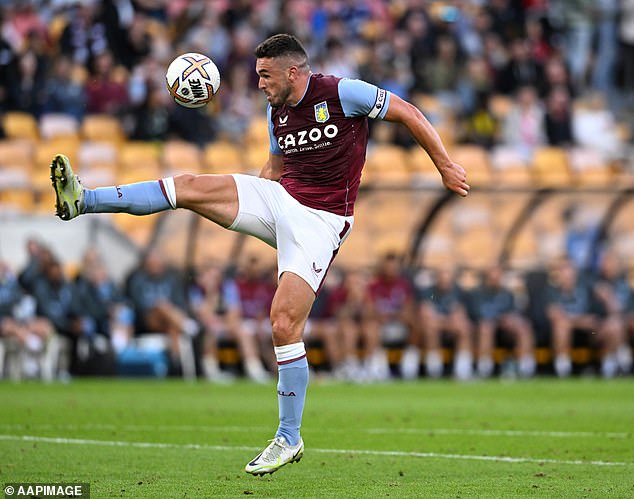 McGinn received a booking for a heavy challenge on the teenager, going over the top of the ball and planting his studs into Gray’s ankle after missing the ball.

One Leeds fan said: ‘That tackle by McGinn on 16 year old Archie Gray in a pre-season friendly was an unmitigated disgrace.

‘Petulent, pre-meditated, and poor from a senior professional. If he had any shame at all, he’d be hanging his head in it.’

Another Twitter user Ian Scagnelli added: ‘What a stupid tackle by the over physical John McGinn against a promising 16 year old kid, Archie Gray, starting his promising footballing career, in what was supposed to be a “friendly” game! What goes around comes around John.’

Another user said: ‘I suggest John McGinn reflects on that tackle he made on Archie Gray. One that he just shrugged off at the time.

‘Potentially seriously injuring someone in a friendly. You can’t even say it was accidental.’

However Aston Villa’s fans were quick to leap to the defence of their player, with some suggesting that the tackle was commonplace in the modern game.

One said: ‘Happens 3/4 times a game every week, foul yes, disgusting no. Get up and stop roaring.’

Another added: ‘I don’t really see much in this challenge to be honest, it’s not exactly Reckless, just unlucky.’

A third said: ‘I don’t actually see anything wrong here.’

Next up on Aston Villa’s pre-season tour are Brisbane Roar on Wednesday, before facing Manchester United on Saturday.

Leeds are next in action on Friday against fellow Premier League side Crystal Palace, before they fly home on Sunday.