Tottenham manager Jose Mourinho must now call upon Gareth Bale or risk losing his job before the end of the season. Spurs have won just three of their last 12 Premier League matches and sit ninth in the table. It is some fall from grace for the north London side, who dreamt of a first top-flight title in 60 years when they sat top earlier in the campaign.

Saturday’s defeat to Manchester City showed the vast difference between the two sides.

But City are a team on top of their game, with Tottenham firmly heading in the opposite direction.

Whatever formation or XI Mourinho chooses, he has been unable to find any consistency since the turn of the year.

Switching from a back three to a back four every other week can only be hindering his team’s performance and ability to carry out his tactics. 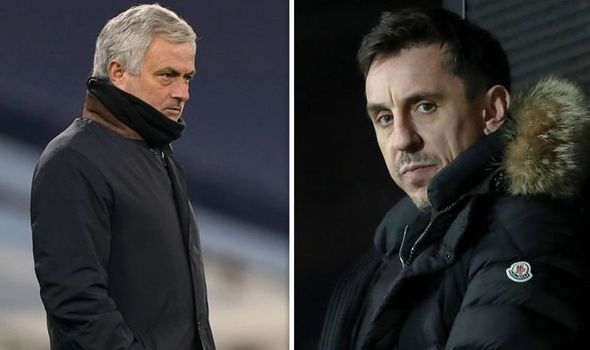 Now it is time for the Portuguese to give Bale an opportunity to provide the spark they so desperately need.

Bale has made just two league starts since his return on loan from Real Madrid.

The 31-year-old has received criticism for his substitute appearances but he, like every player, needs a run of games to reach top form.

Bale has not been a regular at club level for a couple of years now, so it will take him longer than most.

But his brief appearance at the Etihad showed glimpses of an improvement.

One run in particular showcased fine close control, before forcing City keeper Ederson into a sharp save. 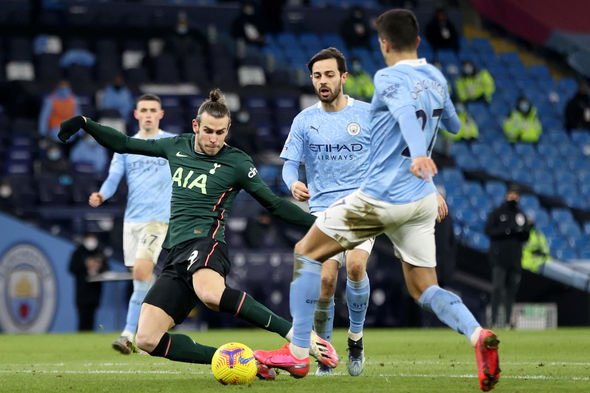 “If they can get Gareth Bale out on the pitch and scoring then they could become even more potent in front of goal.”

The prospect of seeing that front three was what got Spurs fans so excited by Bale’s return.

Kane has kept up his goalscoring form this season and Son has looked better than ever at times.

But only once have all three players started the same game together.

Mourinho has other positions on the pitch which will concern him.

The recent performances of goalkeeper Hugo Lloris are a worry, and the centre of defence looks particularly shaky of late.

But one player who has not been given the opportunity to rove himself this season is Bale – and it is about time that changed.