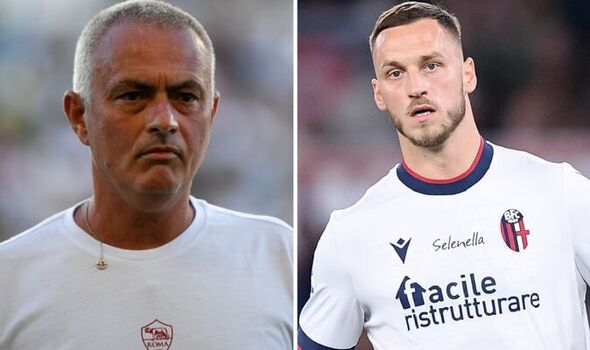 Marko Arnautovic has emerged as a surprise new Manchester United target having previously been tipped to join the club under Jose Mourinho four years ago. The Austrian was linked with a £50million move to Old Trafford having back then been a focal point for Premier League rivals West Ham.

Arnautovic left England’s top flight in 2019, departing the Hammers for £22.4m in acrimonious circumstances to spend three seasons with Shanghai Port in the China. He is now at Serie A side Bologna and scored 14 league goals last term despite his team finishing 13th.

United are keen on the 33-year-old and have made an initial bid of around £6.8m for him, per The Athletic. Erik ten Hag is said to be pushing a potential move. Arnautovic played under Steve McClaren at Twente while Ten Hag was the Englishman’s assistant manager.

The Red Devils reportedly admire the forward’s strength and character and think he could be a useful squad player to strengthen their attack. Yet his personality once got him into the bad books of Mourinho earlier in his career.

MUST READ: Man Utd obviously need more signings and 4 other lessons from Brighton 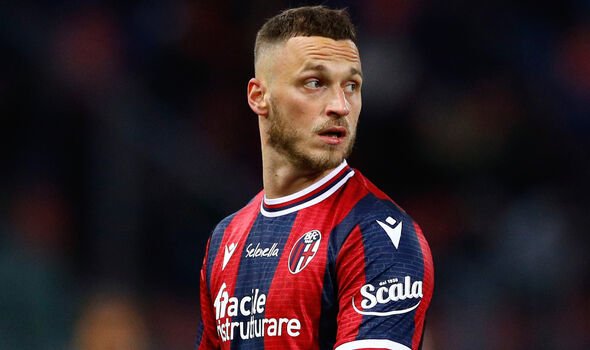 Mourinho once branded Arnautovic “unmanageable”. The Austria international played under the Portuguese at Inter Milan in 2009-10. The attacker was on loan from Twente but made just three appearances as Inter won a Serie A, Champions League and Coppa Italia treble.

The current Roma boss said back then: “Mario Balotelli is his best friend. Coincidentally they have the same problems. Marko is a great guy, but he has the mentality of a child.”

Arnautovic has, however, come a long way since Mourinho made those comments and is considered a more mature player now despite some controversial moments across his career. He was a key player for both Stoke and West Ham in his last spell in England, managing an overall 43 goals and 33 assists in 184 Premier League appearances.

Ex-Stoke boss Mark Hughes said of Arnautovic in 2016: “I think Jose was always aware of Marko’s talent. Obviously he worked with him at first-hand and clearly Marko was maybe a little bit different in terms of his view of his football life at the time. 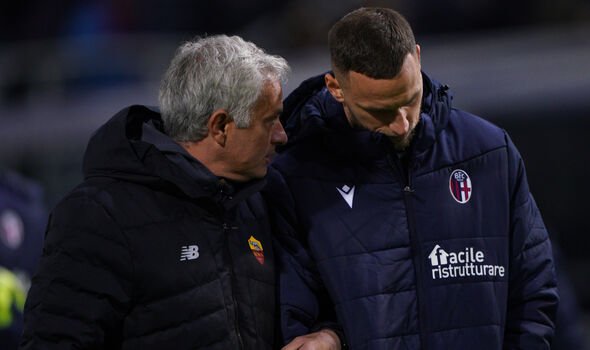 “But he has matured. He’s a married man now with a kid and is a senior player in our group – which he never was when he worked with Jose in Milan. He is at a different point in his career and he has a different responsibility to our group than maybe he had at Milan.

“We have never seen that bad-boy image. He’s a big personality and a big player for us. With Jose, they were in the same place at the same time but it wasn’t to be. It didn’t work out. But Marko is a more mature player and person now, which enables him to perform at a better level.”

Asked about signing Arnautovic after a 2-1 defeat to Brighton on Sunday, Ten Hag said: “I don’t go into names. I think this pre-season maybe 250 players are linked with Man United. We have two strikers, maybe a third, with [Marcus] Rashford as well.”

Christian Eriksen started as a false nine against the Seagulls. Wantaway striker Cristiano Ronaldo appeared from the bench in Anthony Martial’s absence.