Tottenam boss Jose Mourinho has been sacked by Daniel Levy just days before the Carabao Cup final against Manchester City. The Portuguese coach has been under pressure for a few months now with Tottenham facing a battle against the odds to finish inside the top four.

But following the 2-2 draw against Everton at the weekend, Tottenham sit seventh in the table and five points adrift of the Champions League places.

And news broke on Monday morning that Tottenham have now relieved Mourinho of his duties with the Carabao Cup final against City just days away.

Ryan Mason and Chris Powell will reportedly take up a joint-interim role on a temporary basis with the search for a permanent replacement already underway.

Mourinho was heavily backed last summer with seven new signings being brought in, including Gareth Bale on loan from Real Madrid. 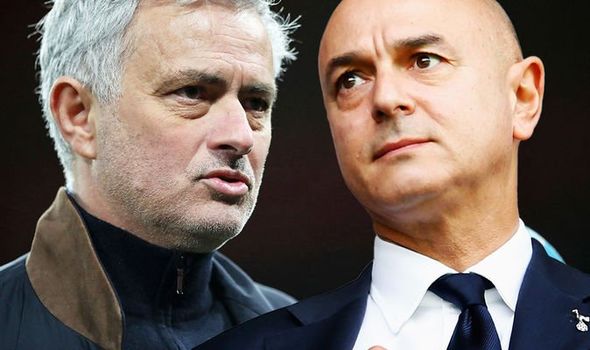 They began the season in good form as well, going on an 11-game unbeaten run which included wins over Manchester United, Manchester City and rivals Arsenal.

It looked as though Tottenham were going to mount a surprise title challenge, but results soon took a turn for the worse of the festive period.

They’ve struggled to put together a run of good form in the league since the turn of the year and Friday night’s draw with Everton means Tottenham have won just one of their last five league matches.

Mason and Powell are now expected to take charge of Tottenham for the final few games of the season.

While a top-four finish looks increasingly unlikely, Tottenham still have the chance to finish the season with silverware.

They take on City in the Carabao Cup final on Sunday with Pep Guardiola set to be without both Sergio Aguero and Kevin de Bruyne.

While Powell and Mason will be in temporary charge, the search is already on for a permanent replacement for Mourinho.

RB Leipzig boss Julian Nagelsmann has been strongly touted as the favourite to take over the north London club.

The young German coach has been tipped for a bright future in management having already impressed in the Bundesliga.

They have leapfrogged Borussia Dortmund to establish themselves as the second best team in Germany this season, despite losing top scorer Timo Werner last summer.