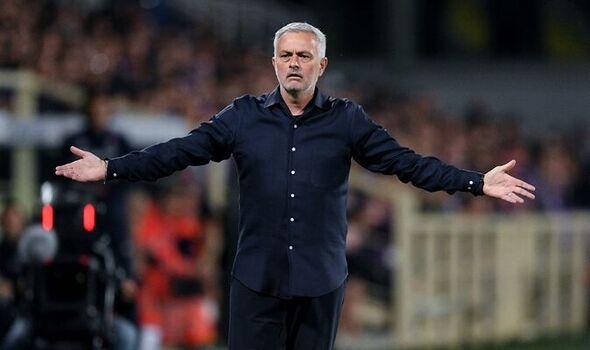 Jose Mourinho has admitted that it “hurt” when he got sacked from Tottenham Hotspur last year. The Portuguese oversaw the North London outfit from 2019-2021, before being replaced by fellow compatriot Nuno Espirito Santo last summer.

In his 516 days in charge of Spurs, he was at the helm for 86 games, winning 45 of those and tasting defeat 24 times. But his firing may have come as a surprise for all those involved – coming just days before their Carabao Cup final against Manchester City.

“I am in the maturity of my career and also my life where I don’t have bad feelings. I just try to accept the things the way they are,” Mourinho told Sky Sports.

“Yes. Yes it hurt. I react in a funny way when I speak with some English journalists at press conferences. I always say the joke about qualifying for the [Conference League] Final, I hope not to be sacked this time, because it’s something that doesn’t happen to too many coaches.

“This time I cannot say I’m the privileged one, because it happened to me. I don’t have regrets. I don’t have bad feelings. There are lots of nice people in Tottenham and I wish them the best. Even to Mr Levy.

“But for a guy with my career and my history I think it was a strange thing to happen. But in the end it opened the door for me to be in Rome and I’m very happy to be in Rome.”

The bad run of form was the main reason for Mourinho’s dismissal, as he left Spurs seventh place, and had only picked up two points from their past three games, after also being knocked out of the Europa League the previous month.

Since then, the 59-year-old seems to be having more success with Italian giants, Roma. They are currently sixth in Serie A, and will be competing for silverware in the Europa Conference League final against Dutch side, Feyernood later this month.

“This is a giant club without the trophy room in relation to the social dimension of the club,” he added. “So, this is not a trophy, it’s only the final but it means a lot for them. “Of course, I have had bigger moments than this, but I am not feeling for myself, I am feeling for the people and my players. This for us, is our Champions League.”