Wolves have signed Portuguese goalkeeper Jose Sa from Olympiakos on a five-year deal.

The 28-year-old has joined as a replacement for Portugal international goalkeeper Rui Patricio, who left the club on Tuesday to sign for Roma on a three-year deal.

Wolves will pay a fee in the region of £6.85m for Sa, while they are set to earn around £10.25m from Roma for Patricio following his move to Jose Mourinho’s side.

Sa originally joined Olympiakos from Porto in 2018 on a season-long loan deal and sealed a permanent transfer to the Greek giants the following summer, signing a four-year deal.

He established himself as the club’s No 1 and helped them clinch two successive Greek Super League titles in his last two seasons at the club, keeping 62 clean sheets in 124 appearances.

💬 “He commands his penalty area, has excellent distribution and he’s a very pro-active goalkeeper, and will be an important part in how we want to play under Bruno."

Jose Sa joins the pack on a five-year deal from @olympiacosfc.#SaSigns

Sa has already met various of his new Wolves team-mates when he faced them in the 2019/20 Europa League round-of-16 tie with Olympiakos, while he also shared the changing room with Ruben Neves and Willy Boly during his time at Porto.

Prior to his move to Greece, Sa spent his career in Portugal, progressing up the youth ranks at Merelinense and Benfica – under new Wolves head coach Bruno Lage – before breaking through as a professional at Maritimo.

Sa represented Portugal at youth level and was called up to the senior side by Fernando Santos various times, including for the 2019 Nations League finals, despite never earning a cap. 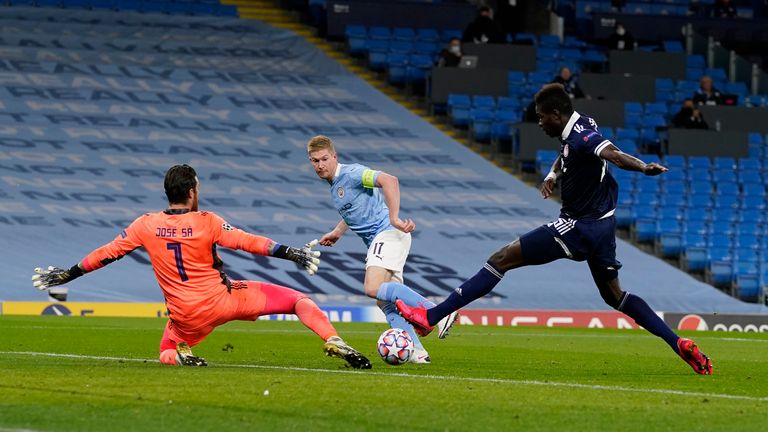 Wolves have already confirmed the signing of Portuguese winger Francisco Trincao from Barcelona on a season-long deal with an option to buy for £25m, as well as Colombian defender Yerson Mosquera from Atletico Nacional.

The club have also moved to sign Rayan Ait-Nouri on a five-year deal following his season-long loan from Angers, and will pay the French club a fee of around £9.5m. Wolves will travel to Midlands rivals Leicester in their opening game of the 2021/22 Premier League season.

Bruno Lage, appointed as successor to fellow Portuguese Nuno Espirito Santo, will then see his side host Tottenham and Manchester United in his first two home games in charge at Molineux.

They welcome newly-promoted Watford to Molineux on Boxing Day, before away games at Arsenal and Manchester United during the Christmas and New Year schedule.

Wolves will face Chelsea and Liverpool on the road either side of hosting Norwich in the final month of the league campaign.