Arsenal director Josh Kroenke was at the Emirates on Sunday and the performance of one Brighton star should speed up the Gunners’ summer transfer plans. Yves Bissouma constantly impresses in the Seagulls’ midfield and Sunday was no different. Bissouma is just the type of midfielder Mikel Arteta’s side are crying out for.

The Kroenkes faced yet more protests against their ownership ahead of the match.

Fans gathered outside the Emirates to express their views against the Americans before the lucky 10,000 who won a ticket in the club’s ballot entered the Emirates bowl to watch the final match of the season.

Kroenke, son of owner Stan, was in attendance of a first-team game for the first time since before the coronavirus pandemic.

KSE remain committed to the Gunners despite pressure from supporters, as well as Spotify co-founder Daniel Ek who has seen at least one bid turned down to buy the club. 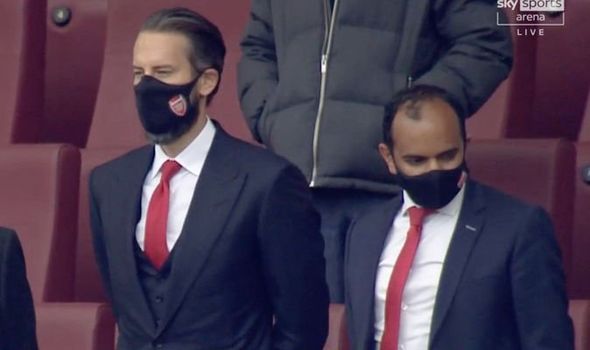 For many fans, the decision to join the breakaway European Super League in April was one step too far for the much-maligned owners.

But if the Kroenkes are to stay, they must provide Arteta with the funds needed to add necessary improvements to a squad desperate for a huge injection of quality.

And the first signing has to be that of Bissouma.

Arsenal have been linked with the 24-year-old in the past and are again keen on a deal this summer.

Reports say a fee of £30million could be enough to lure Bissouma away from the Amex.

For a player of his age and quality, that could prove to be a massive bargain for the Gunners if they can get a deal done.

But Liverpool and Manchester City are also linked with his signature, so Arsenal must move fast.

Bissouma has made more tackles in the Premier League this season than any other player. 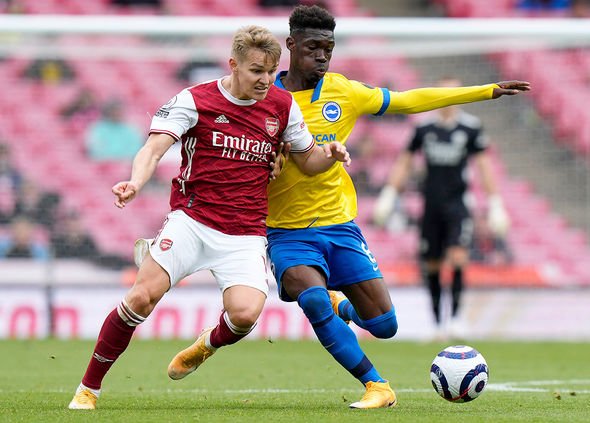 Arsenal fans thought Thomas Partey would provide the defensive stability in midfield that they have been crying out for for years.

But a combination of Partey and Bissouma would be a real statement of intent heading into next season.

Partey will be better next term after a stop-start debut campaign where he has struggled with form and fitness.

Granit Xhaka has been in and out of the Arsenal midfield in recent weeks, and had to play at left-back when Kieran Tierney was out.

But the time has now come for Arsenal to move on from the Switzerland international.

They have failed to qualify for the Champions League in each of Xhaka’s five seasons at the club.

Bissouma would be the ideal player to replace him.

Over to you, Josh.