Juan Mata was the special guest on the Pitch to Post podcast and in a wide-ranging interview explained how Man Utd got back on track after their 6-1 thrashing by Tottenham, why Saturday’s clash with Chelsea is so important, and how Marcus Rashford’s off-field work has made him proud.

The talented Spanish midfielder returned to the United starting XI for last Saturday’s trip to Newcastle and was instrumental in their 4-1 win, before watching from the bench as Ole Gunnar Solskjaer’s side earned an impressive victory at Paris Saint-Germain on Tuesday night.

The back-to-back wins were a standout response to United’s humbling at home to Spurs before the international break, and Mata, reflecting on an encouraging week, said the squad were determined to put right that result as soon as they could.

“To be honest it was exactly what we needed after the defeat at home,” Mata told the Pitch to Post podcast after training at Carrington.

“You want the next game to come quickly but unfortunately there was the international break, so we prepared really well, we trained hard over that week and then we got two very good performances, first at Newcastle in the Premier League to get important three points and secondly in Paris which was a very good team performance against a top side.

“So we’re very happy with the week – but we want to keep this momentum going and of course we know that we have a very important and difficult couple of weeks ahead with important rivals in our next games. So we will try to perform at the same level and try to get as many points as possible.”

To do that they will need to back up their strong week with another good performance against Chelsea on Saturday evening at Old Trafford.

Mata knows the visiting manager well. “You could feel from the first day that I arrived to Chelsea’s dressing room that he was a very intelligent man, that he knew a lot about football and he understood the game really well as a player,” the midfielder says of his former team-mate Lampard. “You could imagine that he would be a very good manager, like he’s showing now.”

But Mata also knows Lampard’s players have the potential to cause United problems.

“Of course we are aware of their dangers, as we know they have signed many very good and important players. Attacking-wise, defending-wise they’ve got a great squad. So we know what they’re capable of and we need to be ready for that.

“But also we need to think we’re playing at home and if we play our football hopefully we’ll have chances and create scoring opportunities to get the three points. And of course, they’re a big rival for us because they’re challenging for what we’re challenging. A victory against them will be important, although we know it’s difficult.” 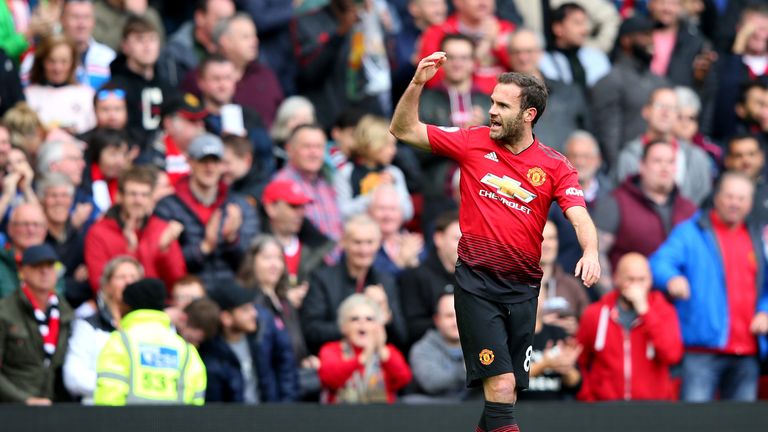 United striker Marcus Rashford will be hoping to be the one capitalising on those scoring opportunities, and the 22-year-old will be full of confidence after his superb winner against PSG in midweek.

But the forward has also been making headlines for his work off the pitch, campaigning for free school meals for children over the holidays.

Mata, who helped to launch Common Goal, which encourages players and coaches to pledge at least one per cent of their salaries to the fund which supports charities around the world, is full of pride and respect for his young team-mate – and urged all players to use their status to make a change in the world.

“It’s important for every player to realise the platform that we have, the message that we can get across and the amount of people that we can help,” said Mata. 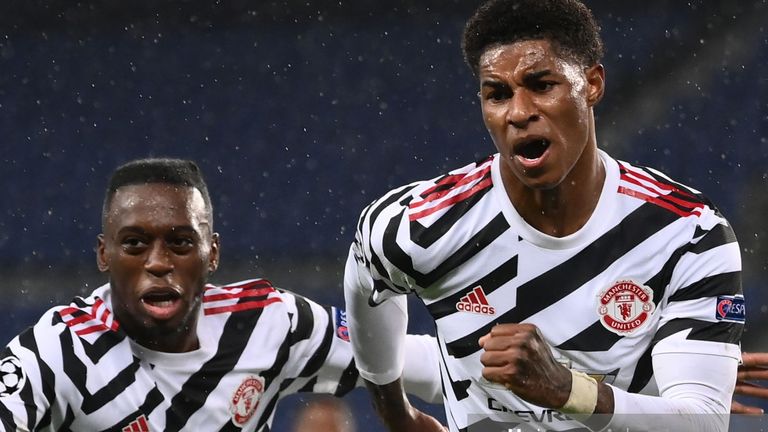 “I’m very proud of what Marcus has been doing. On the pitch, of course we know how good he is and he is still performing very well but off the pitch also, the work he’s been doing over the last months has been great.

“He has improved the quality of life for so many kids in this country, which I’m sure everyone is proud of. His family should be proud of him, me, as a team-mate, and the club are very proud of him.

“I’ve seen some people saying, Marcus should stick to playing football and things like that, which I don’t really agree with because he can do both, as he’s showing. And I’m very proud of what he’s done and he’s getting the reward he deserves.”

More from Juan Mata on the Pitch to Post Podcast 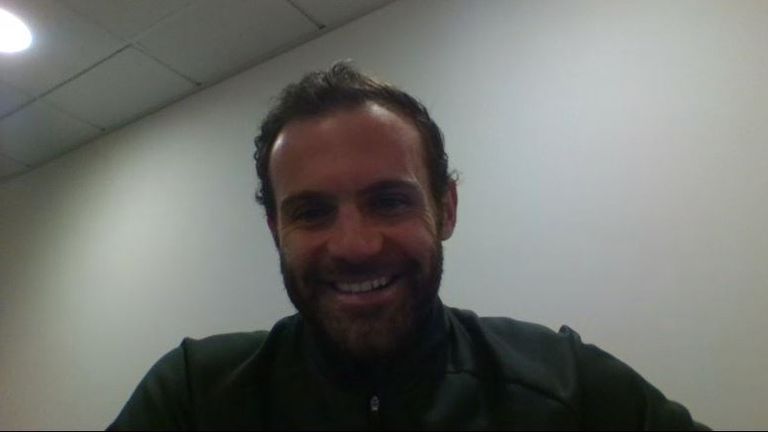 Listen to the Pitch to Post Podcast to hear more from Juan Mata, including how he ensured he was ready to seize his chance against Newcastle, how Edinson Cavani is settling in at Man Utd – and whether he has plans to follow former team-mate Frank Lampard into management.

Juan Mata is the special guest on this week’s show, and he tells Peter Smith about Man Utd’s return to form, looks ahead to their clash with Chelsea, and shares his views on the work being done off the pitch by Marcus Rashford.