Fans are claiming Jude Bellingham is going to cost £200million after the 2022 World Cup after becoming England’s second youngest goalscorer ever.

The Borussia Dortmund midfielder got the Three Lions off to a dream start when he converted Luke Shaw’s stunning cross with a superb header into the top corner in the 35th minute of the match.

His goal meant he became the second youngest England goalscorer at 19 years and 145 days just behind Michael Owen. 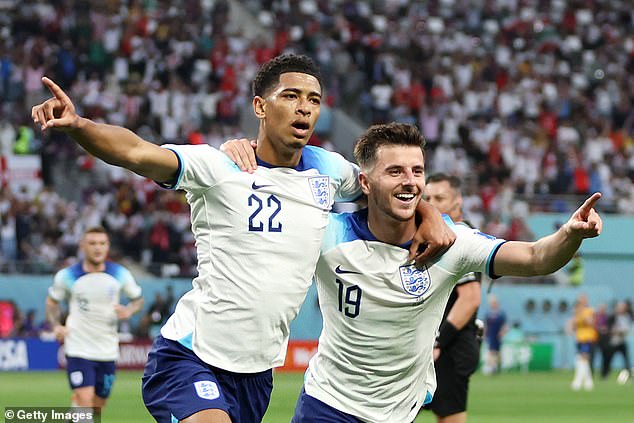 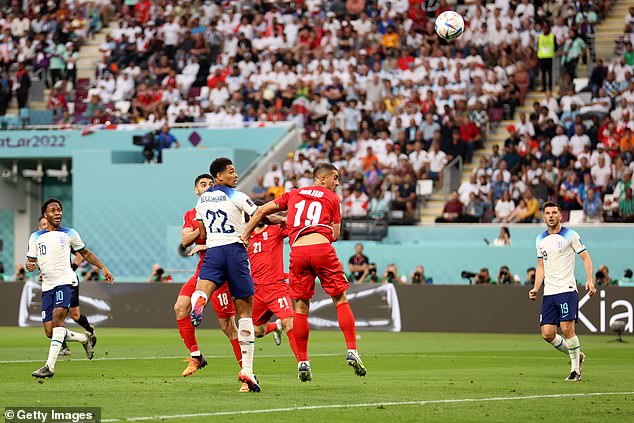 Owen scored twice at a younger age for the Three Lions, once against Romania at the age of 18 years and 190 days, before then grabbing a second eight days later against Argentina.

England have gone to stretch their lead to 3-0 thanks to Bukayo Saka and Raheem Sterling at the Khalifa International Stadium.

Fans have taken to social media to insist Bellingham’s price tag is going to sky rocket during the major tournament, if he can continue these performances ahead of his potential summer transfer. 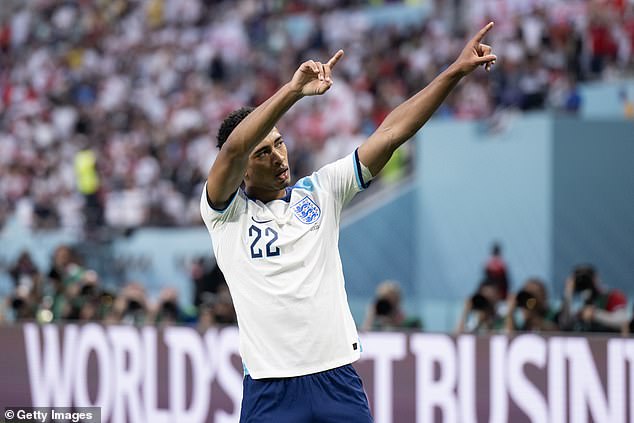 Bellingham is widely expected to leave Dortmund this summer, with interest being shown from elite clubs such as Real Madrid, Manchester City, Liverpool, Manchester United and Chelsea among others.

One fan said: ‘Bellingham price tag is gonna be 200m after the tournament.

A second posted: ‘Bellingham price tag is going to hit €200m after this world cup ffs.

A fourth said: ‘The price of Jude Bellingham after this World Cup will be ridiculous.

Another added: ‘Bellingham just added 30m to his price tag in the summer.’

More supporters were keen to agree by posting tweets in similar fashion, some questioning how much he will go for with Dortmund recently revealing his valuation of £130million.

Another added: ‘Bellingham’s price will be 200+ by the end of the WC.’

This is only the start of the tournament for England and Bellingham, with the youngster potentially using the international stage to bolster his hopes of sealing a big-money move this summer.