Jurgen Klopp relied on his Carabao Cup specialists to see off stubborn Preston on Wednesday night but the Liverpool boss admitted he does not know how much longer he can get away with wholesale changes in the competition.

Second-half flicked finishes from Takumi Minamino and Divock Origi put Liverpool through to the quarter-finals after Preston squandered some golden chances before the break at sold-out Deepdale.

Klopp changed all 11 players from the 5-0 demolition of Manchester United on Sunday and it showed as Liverpool were frustrated for long periods by a Preston side sporting nine changes of their own.

Origi and Minamino were two of the more predictable changes – Origi now has 11 goals in 10 League Cup starts, while Minamino has five in as many appearances – but Klopp also included teenagers Harvey Blair and Tyler Morton while giving several fringe players a run out.

Roberto Firmino, Diogo Jota and Ibrahima Konte made the bench after playing at Old Trafford but were ultimately not needed – something which may change in the next round with League One Sunderland the only non-Premier League side still in the competition.

“It really depends on specific situations,” Klopp said of his selection. “I don’t think we could have lined up really differently tonight. 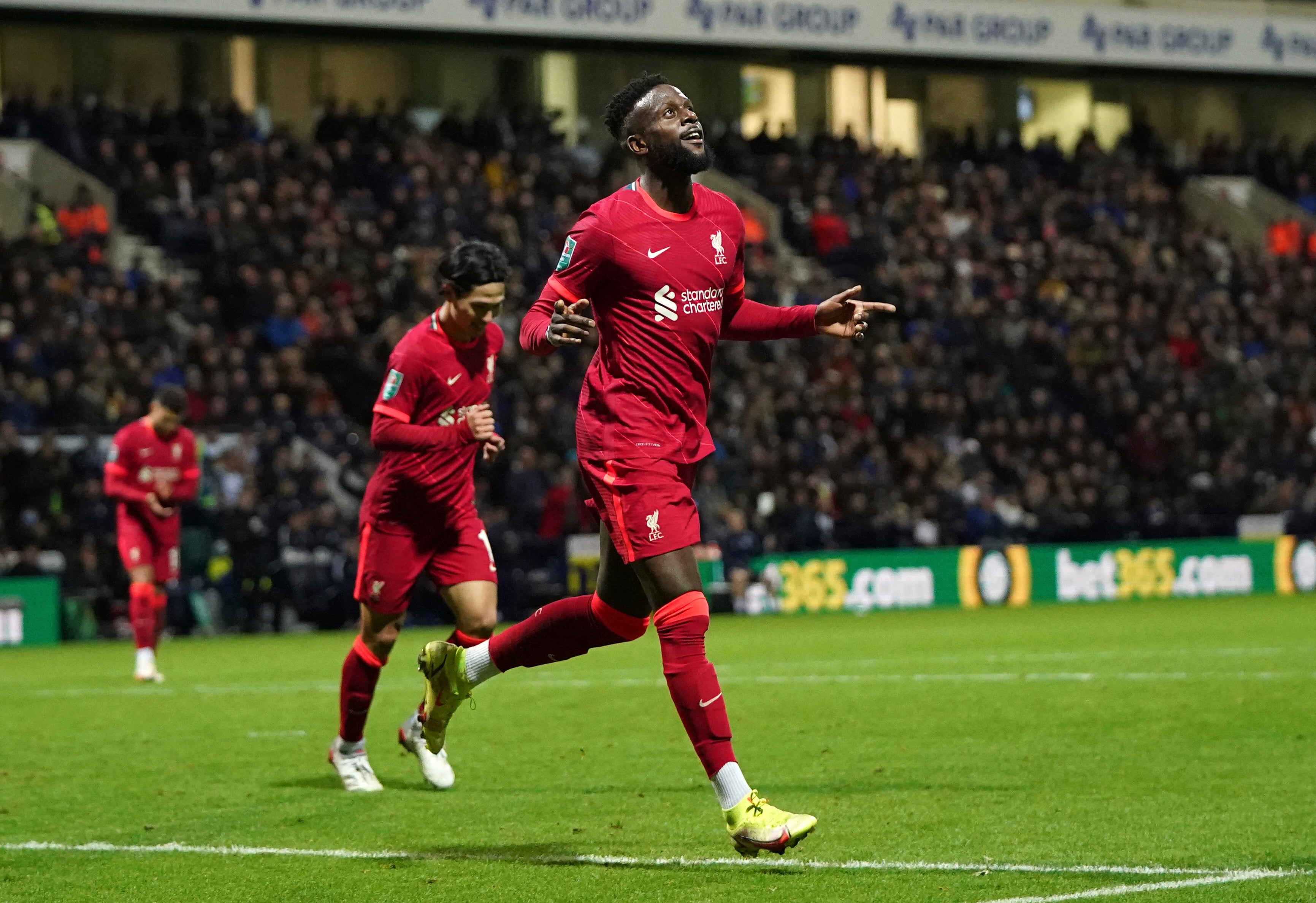 “Of course Bobby was here and Diogo was here but it was not really the plan to bring them, we wanted to get through this.

“We have to see, I don’t make these decisions two or three weeks before we play the next round.”

Though Klopp admitted his makeshift side did “not play well”, he pointed to a number of encouraging displays.

Morton was among them, with the 18-year-old showing composure and vision with his passing in midfield.

“Tyler Morton has real talent,” Klopp said. “He is a smart footballer. You can see his natural movements and his technique is really good.

“Now we have to make sure we have to help him get the body for football, that he’s not too small and skinny. That’s all to come.”

Liverpool enjoyed almost 80 per cent possession in the first half but went in having not had a shot on target, instead relieved Preston passed up a golden chance just before the half-hour mark when Adrian saved at point-blank range from Sean Maguire before Ryan Ledson’s follow-up was stopped on the line.

Klopp replaced Joel Matip with Nat Phillips at the break, while another change 10 minutes into the second half, when Conor Bradley replaced Blair to allow Neco Williams to push forward, proved pivotal with Williams having a hand in both goals.

“Nat played really well,” Klopp added of Phillips. “Joel was not injured. We wanted him to play 45 minutes so he can keep his rhythm, then Nat came on.

“He’s in incredible shape, training really well and I think you could see that. He’s a top-class centre-half so it’s good to see.

“Conor Bradley has real talent as well, a big heart and real football smarts, and it gave us an opportunity to push a bit higher.”