Jurgen Klopp branded Liverpool’s performance ‘outstanding’ as they marched into the Champions League quarter-finals and fired their dreams of a glorious end to the season.

Goals from Mohamed Salah and Sadio Mane enabled Liverpool to beat RB Leipzig 2-0 in Budapest last night, giving them a 4-0 aggregate success over the German team. The margin did not flatter Klopp’s team, who could have doubled their triumph had they been more clinical.

Liverpool’s manager, though, was not complaining as the manner of their display was much-needed following a series of setbacks in the Premier League. While Klopp was not getting carried away, he believes his team will be dangerous opponents for whoever they face in the last eight. 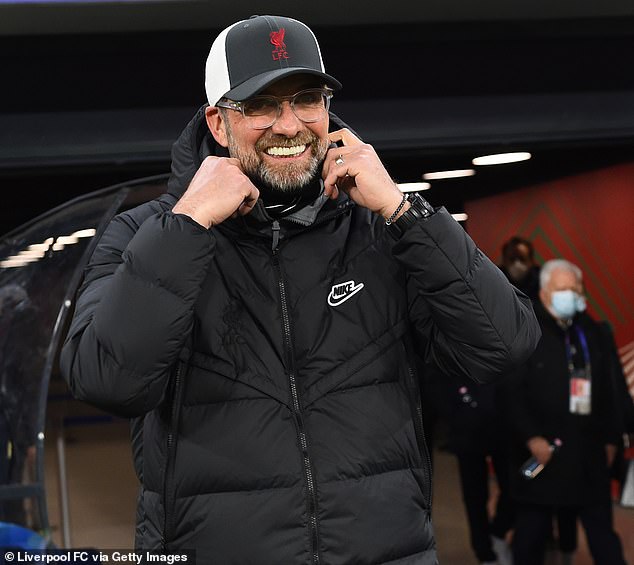 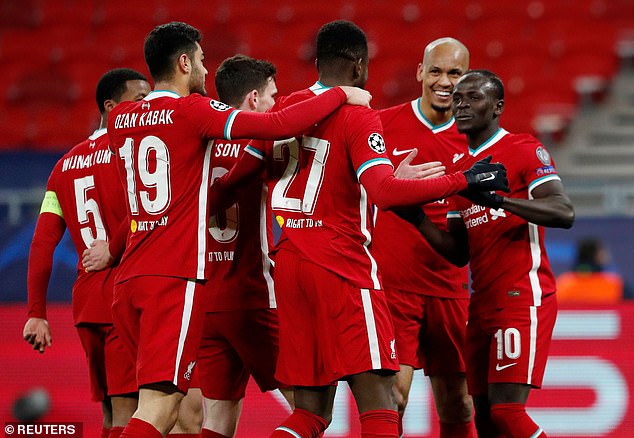 Klopp said: ‘The only reason you play in this competition is because you want to win it. This is not a season that looks like we will win the Champions League but that does not mean we do not want to go as far as possible.

‘The boys were outstanding. We had to make ourselves ready for that, switch off from the Premier League stuff. We got here and gave it a proper try. The boys really enjoyed themselves which is important – but doing the hardest and dirtiest work to be honest.

‘The performance led to everything (that happened), the level that we could get to. We had a really tough opponent but we did really well. Leipzig could not play in the position they wanted. They are usually monsters but we defended the spaces and did everything right.’ 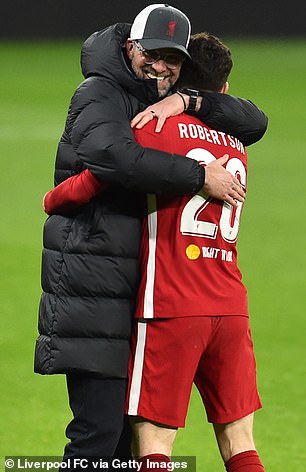 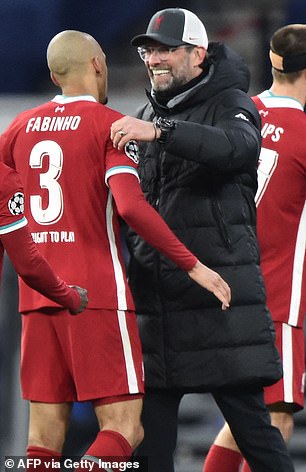 This will be the third time in four seasons that Liverpool have reached the last eight – the previous two occasions saw them get to the final, winning it in 2019. Salah scored in that 2-0 victory over Tottenham and he is dreaming that it might be possible to go all the way again.

Salah said: ‘It’s been tough in the Premier League. We don’t want it to be tough. It’s part of the game we were winning, flying. This year we have injuries, we were unlucky. We tried to fix that but sometimes we don’t have a full squad. Not 18 players.

You have young players they are playing good but you struggled to put someone at centre-back. But hopefully now two centre-back or three or four we will be better. You want to score all the time, help your team. But as much as the team keeps winning that’s the most important thing.’

Julian Nagelsmann, Leipzig’s head coach, had no complaints about the result and said: ‘I think we deseved to be knocked out. Liverpool weren’t creating a lot of pressure, they were sitting back and waiting and leaving us possession. We were too slow.’