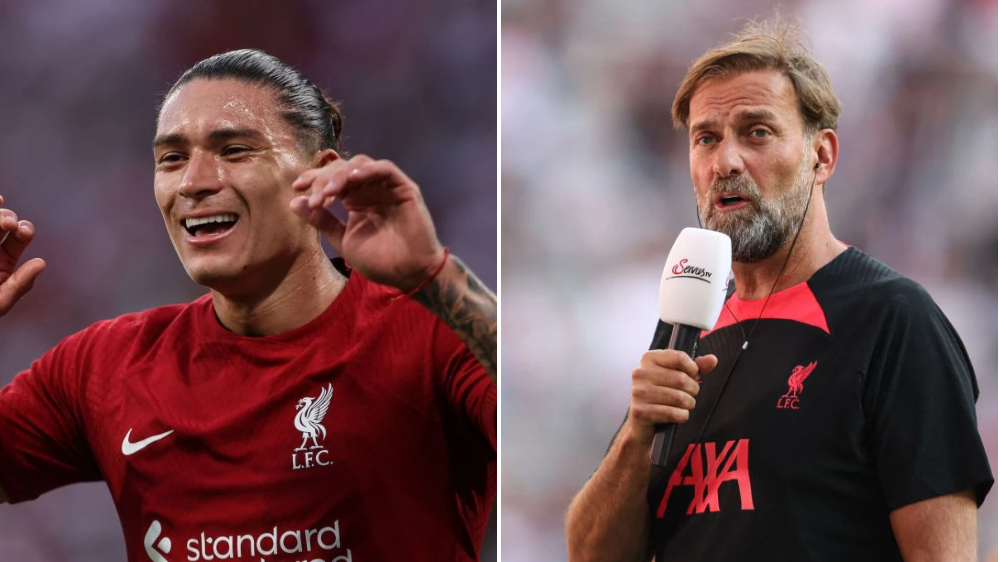 Nunez, who completed a £85m move from Benfica earlier this month, received criticism from some fans for his performances in Liverpool’s opening two friendlies against Manchester United and Crystal Palace.

The Uruguay striker rediscovered his form at the Red Bull Arena on Thursday night, scoring four goals after coming off the bench in a one-sided friendly against Leipzig.

‘The box of Pandora was opened for Darwin and then of course it was the perfect night for him,’ Klopp said after Liverpool’s 5-0 win in Germany.

‘We always think if you pay a lot of money then the players feel no pressure but they are completely normal human beings!

‘And then if the first touch isn’t perfect and this generation of player read social media, which is really not smart. But they do.

‘All of a sudden you get in a rush. But tonight is the best way to stop all of these discussions.

‘I’m not sure if we will be fine against Salzburg because now we really go for it, but we will give it a try. The most important part of pre-season starts now.’

Liverpool finished second in the Premier League last season – one point behind champions Manchester City – and begin the new campaign against newly-promoted Fulham.