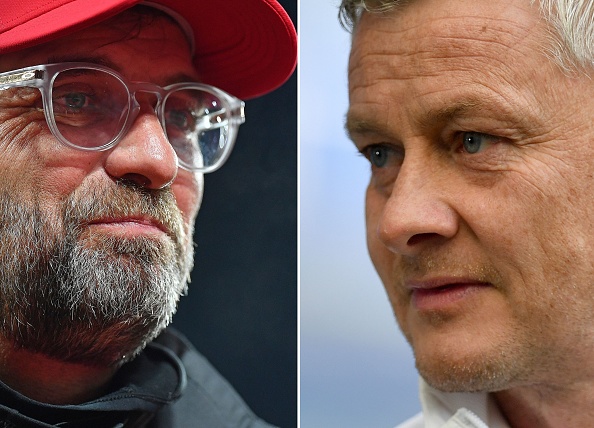 Liverpool boss Jurgen Klopp has sympathised with Manchester United ahead of their frantic fixture run.

United were scheduled to host Liverpool at Old Trafford last Sunday but protests against the Glazer family’s ownership of the club saw the fixture postponed.

With little space available on the calendar, the game will now take place on Thursday 13 May.

It leaves United on a run of three games in five days, starting away to Aston Villa on Sunday with Leicester City at Old Trafford 48 hours later on Tuesday before the visit of Liverpool.

United were in Rome on Thursday night as they booked their place in the Europa League final, with Ole Gunnar Solskjær criticising ‘people who’ve never played football at this level’ for creating the ‘impossible’ fixture pile-up.

Liverpool host Southampton on Saturday before their midweek trip to United with Klopp explaining in his pre-match press conference his club had little input in the decision-making process – adding it creates problems for his side too.

‘We were informed about the process, but nothing to do with it really,’ Klopp said.

‘Yes, I feel sympathy for him [Solskjaer], it’s not how it should be.

‘But it’s not good for us as well, to be honest. I would’ve preferred to play the game last week.

‘Now we have five games in the last two weeks so that’s not really cool as well.

‘But that’s how it is. Nothing to complain about or whatever, it’s just the situation.’

Liverpool are still scrapping for a top four finish and head into the weekend in seventh, seven points adrift of fourth place Chelsea.