Jurgen Klopp has played down fears over Mohamed Salah’s lack of goal-scoring form and insists he will not hold talks with the Egyptian star in a bid to get him firing again.

Salah has not scored in open play for the Reds since February with his last strike arriving from the penalty spot in a 2-0 win at Brighton on March 12.

The forward impressed in Liverpool’s 3-2 FA Cup semi-final win over Manchester City at Wembley but squandered a couple of chances to kill off the clash in the second half. 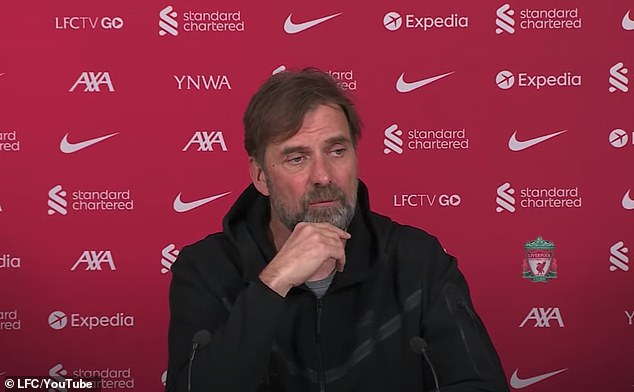 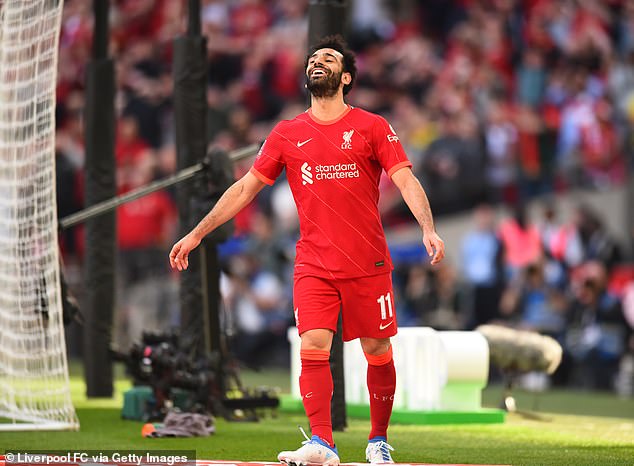 Ahead of Liverpool’s clash with Manchester United on Tuesday night, Klopp backed Salah to return to goal-scoring form imminently and insisted he would not pull his forward to one side for a motivational chat.

Speaking on Monday, the German said: ‘It’s (Salah’s goal drought) a completely normal spell that Mo is going through.

‘We’ve spoken before about all the physical demands he has faced in the last few months so it’s completely normal.

‘I liked the game against City a lot. He played a really, really good football game so it’s only a question of time when he will score as well. He’s been unlucky in these moments and you know, if you don’t have luck as a striker you don’t even try.

‘He’s been close enough a couple of times and the moment will definitely come. I’m really happy with the form he showed at Wembley. 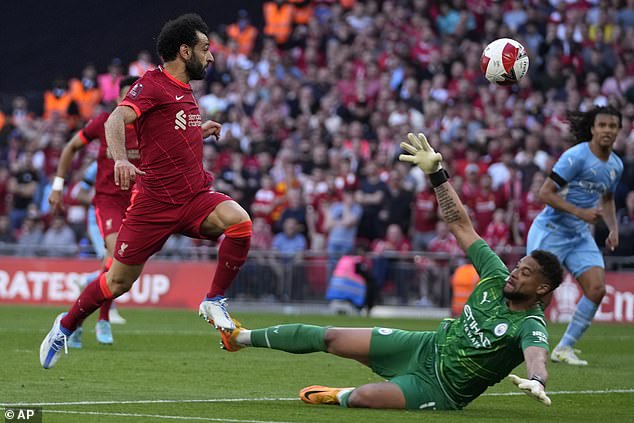 ‘I see him more often in training than in games and we play every three days so it’s more you have to have a look at it and make a decision if there’s a need for a talk or not.

‘We have had plenty of talks over our time together but in this moment there’s no need for it.

‘We talk but not about the situation (his form). We talk about what he has to do in the game, what the game plan is, where we have to expose the opponent and all these kind of things but that’s completely individual to all the players.’

Liverpool welcome their fierce rivals to Merseyside knowing a win would take them top of the Premier League for at least 24 hours, with Man City not playing Brighton until Wednesday.

Klopp insists the game is ‘incredibly important’ for both teams, given United dragged themselves back into the top-four race by taking advantage of Tottenham and Arsenal’s defeats with a win over Norwich on Saturday. 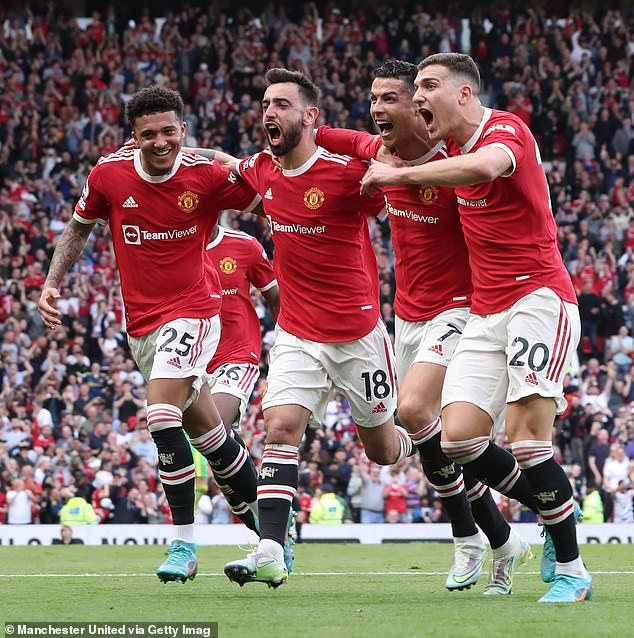 He added: ‘It’s a big game, massive game. Two of the biggest clubs in the world. Maybe in Spain they’ll say it’s different but massive history, big fights in the past, big fights since my time here.

‘We lost some games against United and it took time to win there but we’ve had to deal with it and how much it means to them (the fans).

Now it’s the 13th time and we should have learned by now. It’s an incredibly important game for both teams, both are fighting for Champions League next season or more. We will see.

‘United’s situation is they won the last game but were not too happy with the performance and results opened the door for them again.

‘They will go for it and we have to make sure that they have to do it (finish in the top four) without our points. It’ll be an intense 90 minutes.’