Jurgen Klopp had high praise for three players in particular after Liverpool sealed top spot in their Champions League group with a 1-0 win over Ajax on Tuesday. The Reds knew a drew would have been enough to secure their place in the knockout stages, but faced an opponent in Ajax who have been firing in goals of late.

Klopp was dealt another injury blow heading into the match as well with Alisson picking up a hamstring injury against Brighton at the weekend.

And the Liverpool boss opted to give Caoimhin Kelleher his first Champions League start over Adrian.

The 22-year-old has been with Liverpool since 2015 and has developed in their academy over the years, impressing Klopp along the way.

And he stepped up in the big moments against Ajax, making a couple of top-quality saves to keep a clean sheet. 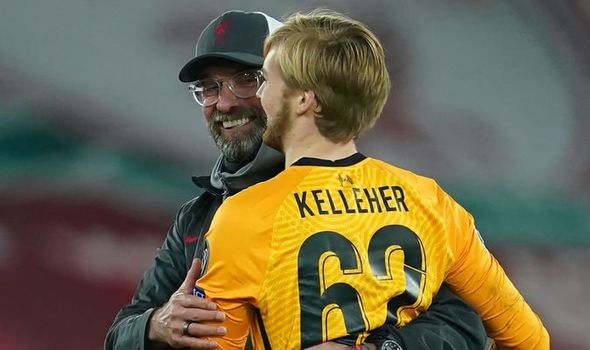 Neco Williams found space on the right hand side to whip in a teasing cross, which Andre Onana appeared confident it was sailing out for a goal kick.

However, he was unaware of Curtis Jones running in behind with the midfielder tapping in from an incredibly difficult angle with the outside of his right foot.

It proved to be the winning goal and Klopp’s delight at the final whistle was plain to see as he went rushing over to Kelleher. 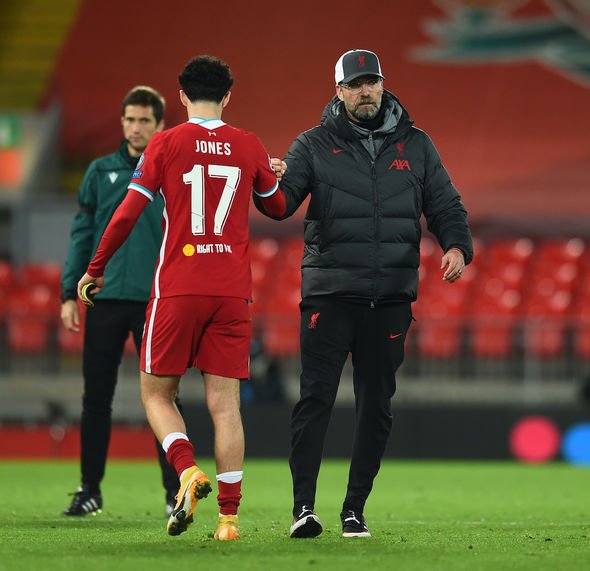 And the Liverpool boss explained after the game why he chose to go with Kelleher over Adrian.

“I really think Adrian did an incredibly job when he came in last season – the Super Cup final, the Champions League – he played everywhere,” he said.

“But now in this game we needed the football-playing ability of Caoimhin and because he’s a really good shot-stopper as well we made that decision.

“But we never know. They’re all calm in the moment when they get the information but it is different to be there on the pitch and I’m really happy how he did and how calm he was and how good he was.

The Liverpool boss was equally pleased with Jones, who has become a regular in the side this season due to a number of injuries.

“That’s how it is sometimes. Situations where you have problems means there’s always an opportunity for somebody else and he took it just exceptionally well.

“I’m really, really happy for him.

And Klopp also revealed he had a private conversation with Williams this week to try and boost his confidence after the full-back was subbed off at half time against Brighton.

“We had a long talk this week, we both thought he had a lot more in the locker than he showed so far,” he added.

“But that’s exactly the situation. When it’s the right moment for a young boy to come in.

Tags: autoplay_video, ctp_video, Jurge
You may also like
Latest Posts