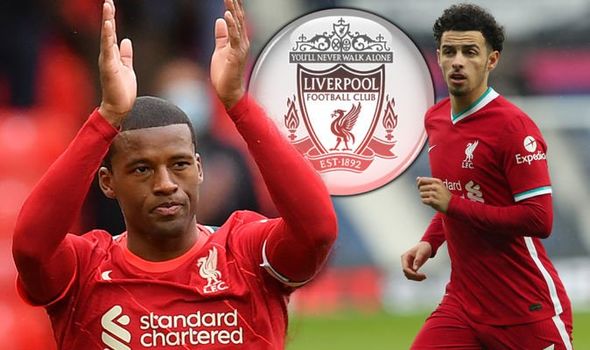 With the Premier League transfer window now officially open, Liverpool’s summer plans are again scrutinised. A centre-back is already signed, in RB Leipzig’s Ibrahima Konate. That is one big box ticked after the problems endured in that position this season, which need little introduction.

The other two main areas where Liverpool need to strengthen are in the final third, where another Diogo Jota-level forward must be added, and in central midfield, where there will be a Gini Wijnaldum-sized hole from July 1.

Wijnaldum was desperate to stay at Anfield but despite Jurgen Klopp’s shared desire for the Dutchman to sign a new contract, the offer on the table was not what the player wanted. As a result, it appears he’ll play alongside Neymar and Kylian Mbappe in Paris instead.

The 30-year-old was ageing, sure, but was still a dependable top-level performer for the Reds and will be sorely missed. Only Roberto Firmino has more appearances than Wijnaldum since Klopp took over, with the injury-repellent Netherlands international averaging 49 a season over the past four campaigns.

Despite that, the Belfast Telegraph say that a direct replacement is not being sought. It remains to be seen if that approach is the club typically keeping their cards close to their chest or not. 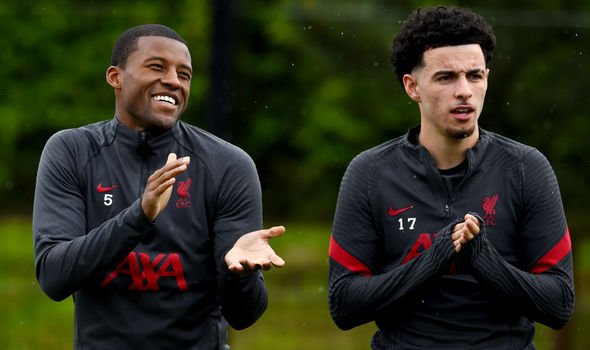 Keita in particular has become notoriously unreliable in regards to his availability and the £52million Guinean has played just 1,334 minutes of Premier League football over the past two seasons. By contrast back-up goalkeeper Adrian is only just behind him on 1,143.

Yet there is another midfielder not named in that aforementioned list who stands to become the biggest beneficiary of Wijnaldum’s departure. That man is Curtis Jones, who is by far the youngest of Liverpool’s established options in the engine room.

Not even 21 until January, Jones has proven enough in his 47 first-team appearances – which have yielded seven goals and six assists in 2,577 minutes (the equivalent of 29 full games) – that he has a massive future on Merseyside.

The England under-21 international, Liverpool’s former captain at the same level, has made significant progress year-on-year at the club.

From 70 senior minutes in 2018-19 to 582 in the 2019-20 title-winning season, he earned 1,920 minutes this year including five Champions League starts and starts in big Premier League matches against Manchester City, Everton and Chelsea.

Wijnaldum’s 2020-21 game time accounted for just shy of 4,000 minutes and considering how sparingly Keita and Oxlade-Chamberlain have played in recent seasons, Jones is the candidate primed to step up and take on the largest portion of those minutes, although Thiago and Henderson will also hope to play more next term. 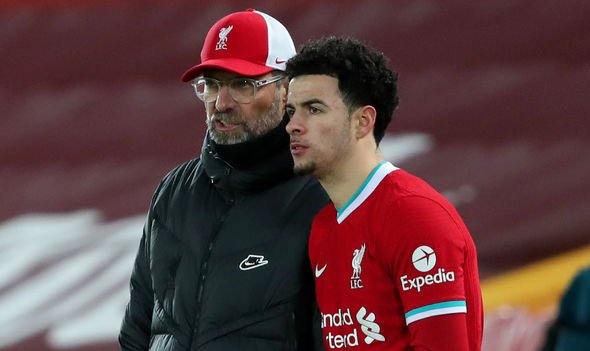 Henderson, Fabinho and Thiago may be Liverpool’s most regularly-used midfield trio next term but Jones is the best attack-minded alternative and will get plenty of appearances as a result.

That means he ranks higher than the likes of Alisson, Andy Robertson, Sadio Mane and Virgil van Dijk despite their contributions to Liverpool’s recent Champions League and Premier League triumphs.

It’s on Jones to continue to prove his growing worth next term and his impressive self-confidence means he’ll fancy his chances. So he should be given his rate of progress thus far and the all-rounded skillset that makes him such an asset to Klopp.

Certainly, his ball-carrying and ball-playing abilities make him a unique option to the Liverpool manager, at least if Keita’s chronic fitness issues continue to plague him. 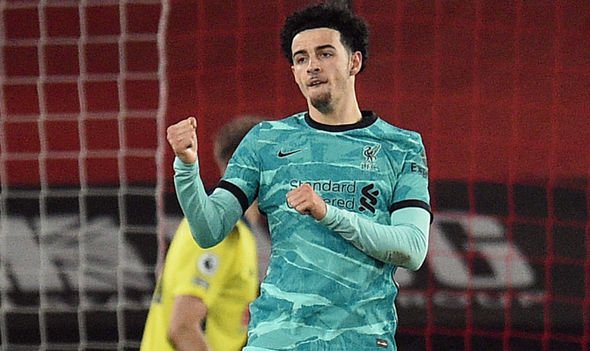 He is better at breaking through the lines with the ball at his feet than the likes of Henderson and Thiago, for example, and his spatial awareness means he will become crucial to unlocking the tight-knit defences that can undo Klopp’s team.

Jones is efficient and effective in possession – with only Wijnaldum bettering his passing accuracy percentage this season – and has also proven himself a player capable of chipping in with goals, be it scoring them himself or creating them.

That is not something all of his midfield team-mates can say – although obviously Liverpool’s system dictates that the primary role of a Henderson or a Thiago is not to score or assist anyway.

Still, it is a vital quality that marks Jones out as the obvious candidate to play more often next year. If 2020-21 was Jones’ true breakthrough season, then 2021-22 can be the year in which he truly transforms into a major Liverpool player.

Maybe Klopp already has his Wijnaldum replacement without having to pay an extra penny. The German certainly seems to think so. “But when we speak about the kids we constantly forget Curtis because we do not see him as a kid any more,” he said last December. “He just has to keep working hard and keep his feet on the ground and then his future could be pretty bright.”

Jones’ star may yet get a whole lot brighter next season.